The Great Man Theory is the theory of leadership that was popularised during the 19 century. The myths of many leaders were the inspiration of this theory like Abraham Lincoln, Alexander the Great, Mahatma Gandhi, etc. all of them showed that great leaders are born but are not created in the society. But in reality, it is the situation that gives birth to the leaders rather than their childhood.

However, the Great man theory of leadership is not validated empirically. Questions like what motivates a man to be a leader? Why are some people drawn to carry the burden of other people than others? Are answered by the great man theory. However, some people think that this theory does not answer these questions.

This school of thought emphasizes that great leaders are made and not born. Specific characteristics and traits in people are found worldwide, which makes them a great leader. These abilities help them to shape history.

This is what makes them a leader. This theory also considers that prominent leaders throughout history were born to lead. They deserved to be a leader because of their talents and abilities.

It is believed that Thomas Carlyle is responsible for influencing the theory of leadership. He believed that the world’s history is nothing but a collection of biographies of various men and great leaders. Carlyle argued that effective leaders are usually gifted with divine inspiration and right characteristics.

Earlier leadership theories assumed that people who are already aristocratic are born and achieve their position because of their birth. Therefore this emphasized the fact that leaders are born and not made.

Also Read  9 Qualities of an Effective Leader with Examples

Even today, prominent leaders are considered to have the right qualities and characteristics or the perfect personality for your position. This automatically states that effective leaders are made by characteristics that are present in them from birth.

Assumptions made by the great man theory 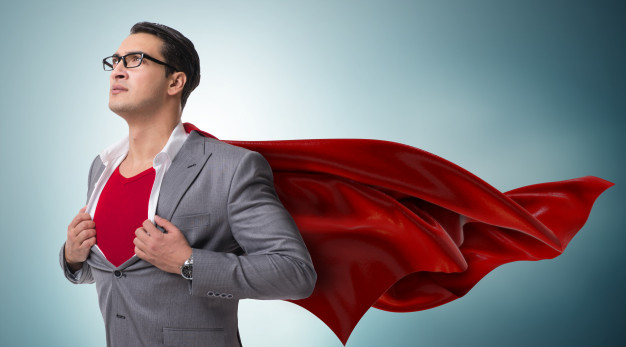 The following are the primary two assumptions made by the great man theory.

Certain characteristics and traits are inherently present in people who are born as great leaders.

Whenever the need is great, great leaders can arise from it.

People who support this theory say that leaders have leadership qualities from birth. It is the reason why they are set apart from other people. Great leaders are considered heroes, and this theory considers that they can accomplish great things against all the odds and obstacles which come in their way.

Here is a video by Marketing91 Great Man Theory of Leadership

Arguments against the great man theory of leadership

Herbert Spencer, the sociologist, believed that leaders are not born but are formed in society. In his book, the study of sociology in which Spencer wrote that you must admit that there are multiple influences on a man’s development.

These influences make him what he is today, and before he can remake society, society must make him. One of the primary problems with this leadership theory is that not everyone who possesses leadership’s natural abilities could become great leaders.

If it were true that leadership is an inborn characteristic, then everyone would eventually be in leadership roles. However, this is not true. Leadership is far more complicated than the simple assumption that it is a quality developed by birth.

The Great Man theory goes back to ancient Roman and greek days when heroes and kings were considered true leaders by birth irrespective of their abilities. This theory does not consider that greatness can be a product of cultivation, hard work, and consistent training.

Despite having opposing views to the Great man theory, it remained popular to explain and understand leadership qualities and leadership in general, till the mid-20th century.

Only after the growth of the behavioral sciences was that leadership is more of a science than an art, and it can be learned and nurtured.

Views regarding the theory

Although there is no scientific proof that leaders are not born or born, you must understand that arguments are present in both respects because of the assumption and widespread belief that leaders are born, not made, which restricts many individuals from becoming leaders. They believe that they do not have what it takes to be a leader from birth.

Therefore, it is crucial that what you see has qualities that allow people to become natural leaders. Other leaderships have factual data, and this data indicates that leaders can be made later in life. It propagates and believes that the majority of the leaders are created this way.

It is also essential to understand that what is the theory of great man is questionable in itself; the traits which are identified by Carlyle are repeated in many other leadership theories.

The advantages of this theory do not lie in the arguments of Carlyle or hero-worship. Instead, these are in the ability of the theory to identify the core leadership values and treats. It is seen as a starting point that provided a historical perspective for discussion about leadership.

It would not be an exaggeration to say that this leadership theory was the first of its kind of scientific study, which was conducted and dedicated purely to understanding the concept of leadership. It has provided many different perspectives and served as a starting point of discussion about leadership.

Modern research has suggested that leadership is much more than merely a birth characteristic. There are many characteristics and factors which influence the creation of a leader.

Factors like the current leaders in power, the interaction of people with their society, the person’s upbringing in question, and the values he believes major ones play a role in creating a leader. Not every highborn can be a leader because they cannot understand society from a different perspective. It is challenging for them to comprehend the problems at the grass-root level, which can only be understood by those who have survived them.

The Great man theory is an essential concept of leadership. Although not very relevant today and heavily criticized, this theory still forms the base and background for many theories developed in the future.

This theory states that leaders are born, and it is a quality that people get by birth, and it is not something that cannot be acquired.