What is an Accrued Expense?

Definition: Accrued expense is defined as an expense of a particular accounting period for which a company accounts for, but for making that expense, the company has not received any invoice and that is why no payment has been made yet. A common example of an accrued expense interest on loans.

An accrued expense is a type of expense that is recognized on the books before being paid. It is an accounting term of the specific type of payment acknowledged when they are incurred without the payment in the form of a legal tender.

Some other examples can be wages for employees, commissions, goods or services received, rent, utilities, etc. It is an expense that is incurred without making any payment in the banknotes. These payments are not supported by documentation like invoices or bills.

Accrued expenses are liabilities for the company. The companies are supposed to pay off these payments at a later date. Even though it is incurred at the time of it, there is no activity related to a legal tender. Thus, it is still written down under liability. The companies are supposed to settle these payments at a later date. Hence It is included in the journal and balance sheet because it provides an accurate financial position.

Being a liability, accrued expenses are treated as a monetary commitment for the company to pay off the credit at a future date. According to the accrual method of accounting, these payments are to be acknowledged when they are incurred. It is the total opposite of prepaid expenses. Prepaid expenses are the payment that is made in advance for goods and services that are to be delivered at a later date. It is an asset in the balance sheet.

Two of the most common types of accrued expenses are accrued salaries & wages and accrued interest. Let us delve into both and understand their key idiosyncrasies-

It is one of the most common types of accrued expense that occurs quite frequently within the company or organizational operations for example employee bonuses, commission, or wages are accrued in the period they occur but their actual payment is made later in the following period.

This type of accrued expense refers to the amount of interest that has been incurred on a particular date on a loan or any other sort of financial obligation but has not been paid out yet. 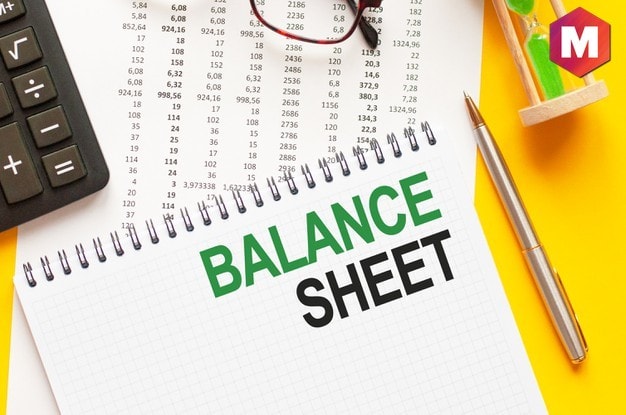 Accrued expenses are to be written down on the liability side of the balance sheet. Such expenses increase the amount in accrued liabilities account overall, increasing the total of liabilities.

How are Accrued Expenses Recorded?

When recording a transaction for the company’s bookkeeping, every debit entry will have a corresponding credit entry and vice-versa.

The amount of unpaid salary for May is INR 30000. This is considered an accrued expense.

Hence the bookkeeping record will be as follows:

The amount in the account payables indicates the company’s expenses to be paid to the lenders. These are short-term debts that have to be paid off before or at the stipulated time. Accounts payable are categorized under the current liabilities. It is treated as a current liability because it is to be settled within a year.

Both the accrued expenses and account payables are to be written down as a liability. Accrued expenses are the amount that has to be paid for the goods and services at a later date. Since no billing or invoice is given for such payment, it is to be treated as an estimated amount that is later adjusted during the time of payment when the invoice is received.

Whereas accounts payable are supported by the expenditure documentation. It is not an estimate, and the company knows the required credit or money they owe.

A prepaid expense is the exact opposite of the accrued expenses as in this, a liability will be paid before the underlying services or goods have been consumed.

Accrual accounting takes into account every transaction, even the credit expenses that are an estimated amount. It acknowledges revenue and payments that occur during a particular period of time even though no cash transaction is involved. This could result in the overstatement or understatement of the total balance.

Whereas, in the cash basis of accounting, only those transactions are written down that have the cash activity. It only acknowledges those financial events and transactions where cash exchange is involved.

Accuracy in the entry of the accounts is essential to show clear data in the balance sheet.

Even though accrued expenses is just an estimated amount that has to be paid in the future date, it is to be included in the balance sheet. This gives a vivid clarity of how much the company owes.

Now, after understanding the whole concept, what will be your definition of accrued expense? Share with us in the comment section below.