D mart is a supermarket and hypermarket retail chain that is based out of India. The chain which is a multi-category retailer offers a wide range of products under its umbrella. Some of the categories it deals with include consumer goods, groceries, personal care products, home care solutions, deli, kitchenware, furniture and home appliances.

The company was started by Mr. Radhakishan Damani with the objective of offering value-based products to families across the country at affordable rates. The retailer is said to be modelling itself on Big Bazaar and follows similar pricing strategy. The company that is headquartered in Mumbai also sells a lot of its private labels such as D Mart Premia and D Mart Minimax.

D Mart has multiple stores at various location across India and also a fairly well spread out distribution channel. The company registered an annual revenue of 1.86 billion USD in the year 2016 and the business is expected to also showcase a steady growth.

Strengths in the SWOT analysis of D mart :

Strengths are defined as what each business does best in its gamut of operations which can give it an upper hand over its competitors. The following are the strengths of DMart :

Weaknesses in the SWOT analysis of D mart :

Weaknesses are used to refer to areas where the business or the brand needs improvement. Some of the key weaknesses of D Mart are:

Opportunities in the SWOT analysis of D mart : 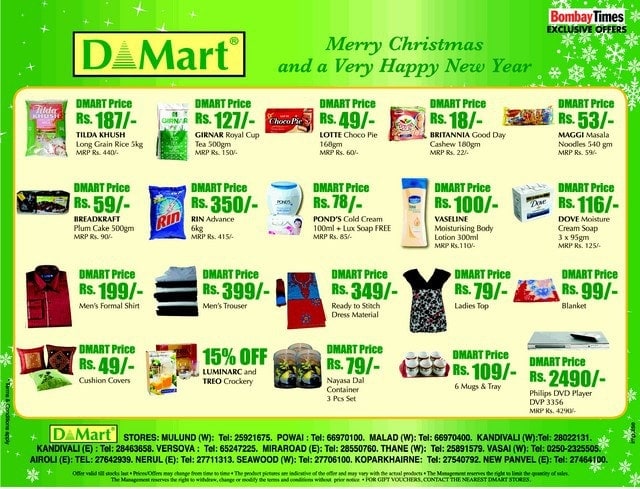 Threats in the SWOT analysis of D mart :