The Chocolate & quality Confectionaries Company has been introduced in 1982 in Europe. The Italian Chocolatier is known for offering Chocolate & Hazelnut confectionary product in more than 55 countries globally.

Its unique golden packaging along with the gift box in different SKU’s (stock keeping units) has helped it become popular across the world.

Segmentation, targeting, positioning in the Marketing strategy of FERRERO ROCHER– 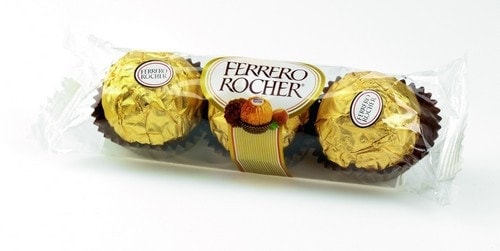 The offering of the company has been targeted to the college goers, couples and children. The company uses selective targeting strategy.

Ferrero Rocher has positioned itself as a company offerings quality products goo for health and is high in nutrients.

Mission- “To create unique products, developing innovative research and production processes as well as using our own technologies”

Competitive advantage in the Marketing strategy of FERRERO ROCHER–

1. Brand Portfolio: The Company Ferraro Rocher have some of the successful brands in its portfolio i.e. Kinder, Nutella, Tic-Tac and Ferraro Pralines which is helping the brand in supporting and growing together in the markets it operates into.

2. Strategic Acquisitions: The brand in order to strengthen its portfolio and expand to other countries globally has acquired companies such as Oltan of Turkey, Thorntons of the United Kingdom along with going to acquire more than 20 American brands some of which are Butterfinger, Raisinets, Wonka, BabyRuth, 100Grand.

BCG Matrix in the Marketing strategy of FERRERO ROCHER-

The Company operates with four brands namely Nutella, Kinder, Tic- Tac, and Ferrero Rocher and these brands are launched by the company in the year 1964, 1968, 1969 and 1982 respectively.

Distribution strategy in the Marketing strategy of FERRERO ROCHER-

The Group distributes its products in more than 170 countries globally while being present in 55 countries. As of 2017, the company have dedicated resources to 32,990 employees.

It distributes its offerings through several channels of distribution such as Pops & mom store, retailers, wholesalers, distributors, and e-commerce websites.

The Group operates through 86 subsidiaries worldwide and 22 operating manufacturing plants.

Brand equity in the Marketing strategy of FERRERO ROCHER–

The Ferrero Rocher Group has been known for creating unique visual identity and visibility in the market through its advertisements and attractive packaging.

The brand has been promoted as the offerings meant for some of the special moments of the consumers.

Competitive analysis in the Marketing strategy of FERRERO ROCHER- 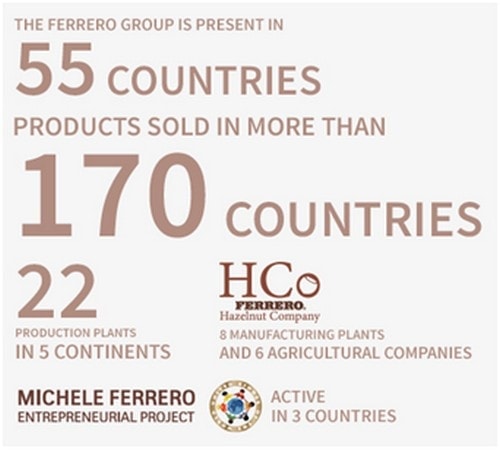 The global Italian Confectionary group competes with companies such as Nestle, Cadbury, Hersley etc. on the factors such as availability, penetration in the current as well as expansion into new markets.

The Ferrero Group technological development has helped it in expanding its production capacity with total Capital Investment of 631 Million Euros in the year 2016 of which the main focus was on industrial and manufacturing facility development in the emerging and developed nations such as  India, China, Italy, Germany, and Poland respectively.

Market analysis in the Marketing strategy of FERRERO ROCHER-

Changing lifestyle of consumers, increase in migration, stable economy, easy availability through e-commerce delivery channels and cosmopolitan culture are some of the factors which are proving as a catalyst for the growth of the Confectionaries market.

Customer analysis in the Marketing strategy of FERRERO ROCHER–

Who don’t like confectionaries whither it is candies or chocolates, consumers from all age groups satisfy their carvings. Majority of customers of Ferrero Rocher are in the age group of 15- 35 years.

In line with the branding of the peer companies, Ferrer Rocher started targeting the special occasions/festivals.