TAG Heuer is associated with retail and lifestyle industry and deals in accessories sector. It is a watchmaker of Swiss origin and a fully owned subsidiary brand of its parent company LVMH Louis Vuitton S.A. TAG Heuer was founded in the year 1860 under brand name Uhrenmanufaktur Heuer AG by its founder Edouard Heuer but later in the year 1985 changed it to its current name. It faces competition from following companies

Product in the Marketing Mix Of TAG Heuer :

Since the year 2002, Morez Group manufactures eyewear and since 2007 Modelabs Group mobile phone with TAG Heuer brand name under license agreement. TAG Heuer product portfolio has watched for both men and women and offers speciality as well as luxury items. The brand is very particular in its manufacturing process and undergoes numerous tests. Each watch is handled individually with continuous monitoring throughout its manufacturing process. Specialised features of TAG Heuer watches are as follows

Accessories for men include

Place in the Marketing Mix Of TAG Heuer :

It has its headquarters base at La Chaux-de-Fonds in Switzerland. The company started its operations from St-Imier in Switzerland and has its workshop and watchmaking facility in Cornell and La Chaux-de-Fonds respectively. It has a widespread distribution network that includes services of dealers to reach end-consumers via speciality stores and luxury department outlets. It is easily obtained via its own website and other online stores.

Price in the Marketing Mix Of TAG Heuer :

TAG Heuer has projected itself as a luxury brand with beautiful designs and innovative features. It is known for prestige, precision and performance. The company has targeted affluent individuals from the high-income group as its potential customer.

TAG Heuer is a premium brand and hence has adopted premium pricing policy for its qualitative products. It is an honour to wear such a prestigious brand name and individuals are willing to shed extra amount to become associated with their brand choice. High brand value is the reason for its successful pricing policy.

Promotion in the Marketing Mix Of TAG Heuer : 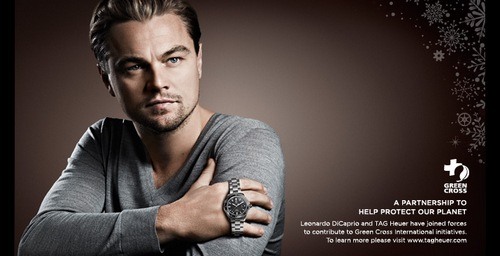 TAG Heuer has found huge acceptance from individuals in the consumer market as well as amateurs and professionals. It has adopted an intensive marketing campaign and has launched ads via electronic and print media in newspapers, magazines, hoardings, television and in social media platforms like Twitter, Facebook and YouTube. In the year 1962, John Glenn piloted a spacecraft and wore TAG Heuer stopwatch. It is on display at San Diego Air and Space Museum. TAG Heuer has been the official timekeeper of Olympic Games, Formula One Championships and Skiing World Championships.

It manufactured a watch for F1 McLaren Team and has been its partner for more than 26 years. Tag Huer has roped in numerous famous personalities to endorse its products like Brad Pitt, Tiger Woods, Chris Hemsworth, Christiano Ronaldo, Tom Brady, Ranbir Kapoor, Steve McQueen, Cameron Diaz, Priyanka Chopra, Shah Rukh Khan, Lewis Hamilton and Uma Thurman. It has also been a recipient of awards and accolades like iF product design award in the year 2006 and 2007 for two consecutive years and La Petite Aiguille Award in the year 2010. Its popular tagline is Swiss Avant-Garde since 1860.