Schneider Electric SE is a publicly traded company of French origins. It is a multinational corporation associated with Energy automation and management industry and deals in both hardware and software. Schneider Electric was founded in the year 1836 by its founder Eugene Schneider. The company has the distinction of occupying a position in Fortune Global 500 list. It has several subsidiaries under its umbrella like APC, Zicom, Telvent and Federal Pioneer. Schneider Electric faces competition from following companies-

Product in the Marketing Mix Of Schneider Electric : 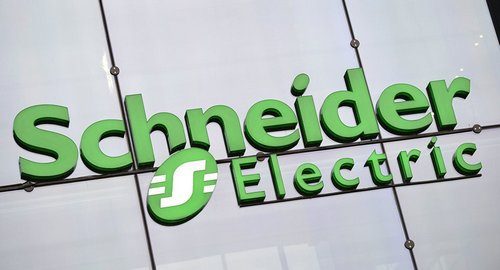 Place in the Marketing Mix Of Schneider Electric :

The company has superior R&D facilities to meet customer needs and requirements.  Schneider Electric has a widespread distribution channel that includes regional offices located in several parts of the world. Its product distribution network includes services of consultants, purchasing advisors, system integrators, installers and distributors. Supply-chain of Schneider Electric includes large distributors, electric-equipment wholesalers, local distributors and international groups like Raxel and Gyabar & Grainger. In the residential sector, it uses Kingfisher for the market in the United Kingdom, Home Depot for the market in the United States and Saint-Gobain in France.

Price in the Marketing Mix Of Schneider Electric :

At the end of the financial year 2015, estimated revenues of Schneider Electric were 26.64 billion Euros and its profit 1.41 billion Euros. It has positioned itself as a global specialist in the sector of energy management based on green technology. Schneider Electric is a powerful brand that has adopted premium pricing policy because its customers are aware of high-quality products offered by the company. It also follows value-based pricing system that ensures customers willingness towards perceived value of the product. Actually, its strategy is an ultimate blend and a perfect balance between innovative products and customer expectation.

Promotion in the Marketing Mix Of Schneider Electric :

Schneider Electric has launched ad campaigns via television, magazines, YouTube and Facebook to gain maximum brand visibility. It is aware of its responsibility towards the environment and has taken several steps like promoting green-attributes, leveraging waste, deploying resource strategies and low-carbon-di-oxide and building a green supply-chain. For its endeavours, it has numerous awards and recognition like One of the World’s Most Ethical Companies in the year 2016 for the sixth time, CEO Leadership Award for promoting gender equality and Most Sustainable Company of the CAC 40. It has a descriptive and apt tagline The global specialist in energy management/Makes the most of your energy.