J.C. Bamford Excavators Limited is simply referred to as JCB. It is a private company of British origins that is associated with Heavy Equipment industry. It is ranked at the third position in the world market in terms of manufacturing construction equipment. The company was founded in the year 1945 by its founder Joseph Cyril Bamford and the ownership continues to run in the family. In India and UK, people use the term JCB as a generic description for excavators and mechanical diggers. Following are some of the competitors of JCB-

Product in the Marketing Mix Of JCB :

Place in the Marketing Mix Of JCB :

JCB is a multinational company with its headquarters base at Rocester in Staffordshire. It started its work from Uttoxeter in Staffordshire and later shifted to Rochester. The company conducts its operations via twenty-two factories that have been spread across continents including South America, North America, Europe and Asia and one hundred and fifty countries like India, China, Germany, Brazil, United Kingdom and the United States.

Its factories in India are in Faridabad, Pune and Jaipur, US factories are in Georgia and Pooler, Brazilian in Sorocaba, Chinese in Pudong and UK factories in Cheadle, Rugeley, Uttoxeter, Foston and Wrexham. It has a strong distribution channel that includes services of nearly fifteen hundred franchised dealers that serve through innovative technology to meet specific and local demands of industry.

Price in the Marketing Mix Of JCB :

Operations in India account for 17.5% of the total revenues for UK based JCB Company. It faces stiff competition from rival companies in terms of prices. JCB has adopted a competitive pricing strategy and kept its price range at same levels of its rival companies. It does not want to lose its competitive advantage because its brand has high recall and it offers quality products if compared to its competitors. JCB has adopted several policies that help the company to invest in assembly and manufacturing plants in other countries. It results in cutting down costs to a very high margin and thus company can now be competitive and also earn high revenues.

Promotions in the Marketing Mix Of JCB : 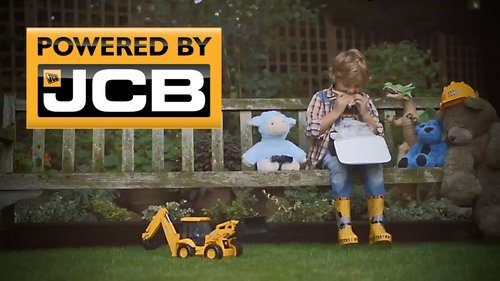 JCB recognises the worth of advertising and hence has organised several promotional activities and events for marketing its products and thus creating brand awareness. The company relies heavily on print media and has advertised via trade publications. The company has been the recipient of several photography awards for its exclusive advertisements.

JCB has a display team that tours several agricultural and other shows. They display videos to make the people understand various manoeuvres for supporting vehicles. The company has a subsidiary that offers insurance to customers against purchases. These are an all-risks policy with options like employer’s liability, public liability and road-risk coverage. JCB Academy is a secondary School sponsored by JCB.