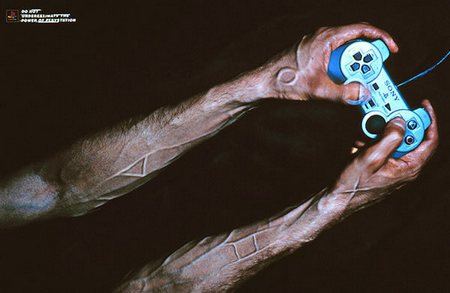 Sony PlayStation is a video game console that was created by the international company Sony Computer Entertainment.The name PlayStation has been officially shortened to PS and the Japanese company Sony who owns it and holds its distribution rights introduced this game series in the games market in the year 1994. The main customers for Sony PlayStation units are the hardcore gamers and they belong to the age group of fifteen to thirty. Although age has stopped being a bar for any games activities nowadays. Some of the rivals of Sony in the gaming industry are –

The big rivals provide stiff competition and Sony is pledged to give its customers the latest and trendiest product to overcome the rivalry.

Product in the Marketing mix of Sony Playstation

The brand name Sony PlayStation includes a media center; number of home consoles is four, a controller line, online services, multiple magazines, a phone and two handhelds. The original PlayStation was launched in 1994 and the second was Sony PlayStation II in 2000. The first PS sold nearly one hundred million units whereas the second, which was termed as the best, has sold nearly one hundred and fifty five million units by the first twelve years.

The crux of the playstation is high end graphics and processing power which allows it to play games which are beyond imagination. Thus this makes Sony Playstation a favorite with hard-core gamers. All the PlayStations have wonderful graphics and besides PlayStation I, the rest have the Blue-ray play back that allows watching of movies.

The dual facility of a gaming system and super HD movie watching has helped in an increase number of sales. The PS network also allows downloading of games and even allows online gaming as well as multiplayer which is the main attraction of gaming for most hardcore gamers.

Place in the Marketing mix of Sony Playstation

Sony is dependent upon its suppliers largely as they provide the raw materials and valuable parts to the company. These pre-constructed parts are a necessity for the company as they are very important in the development and production of the soft wares and hard wares in the games. Sony has a very good and long lasting relationship with its suppliers and some of them are NVidia for Graphic Cards, Terra Soft Solutions for Operating System and IBM for Processors. The company utilizes online market and a large part of their sales figure is due to their online and offline distributors like Amazon, GameStop and Wal-Mart as the PlayStations are distributed at numerous entertainment stores. Due to its high price, playstation is expected to sell at premium outlets only.

Thus, in general, Sony playstation can be found at exclusive Sony stores and at electronic chains/ Sony’s worldwide market consists of nearly 120 countries including India, USA, Oceania and South Korea. The distribution of Sony playstation is far and wide and the fan following is even wider.

Price in the Marketing mix of Sony Playstation

Sony has kept a premium pricing policy with respect to its high technology background and equally breath taking features. The company is also known to use skimming price and generally the prices are high when the product is introduced because the anticipation from gaming fans are also high and the company can skim prices at such times.

However, schemes have a tendency to go erratic as the high and premium-pricing policy resulted in low sales. Thus, later on within a span of 6 months, we can see the pricing of the latest playstation tumbling down whenever a competitor launches a product or the novelty factor has faded.

The company has recently reduced the hardware prices in order to capture the customers from the rival market. This surely has led to an increase in the sales of Sony PlayStations, as their prices “currently” are comparatively lower than the products of the rival companies.

Promotion in the Marketing mix of Playstation

The features of the Sony PlayStation games are such that they in turn are a promotion in itself. Sony has used the “Umbrella Branding Strategy” to launch its Play Stations and under this concept, they have placed the name of the product alongside the corporate name for promotions as well as sales.

Sony has always handled the media with the right attitude, as they are aware of media’s contribution in any success and failure of a product. Their promotional activities are executed after a detailed and thorough research.

The promotions consist of commercials and advertisement that are aired online on websites and on televisions. The ads are also printed in newspapers and magazines so that awareness about the products is created. Important promotional strategies include displays in the stores that can be tested by the customers directly.

Most importantly, Sony playstation is one brand which is using online advertising at its best. Whenever launching a new product, you will find the internet filled with ads about the sony playstation because most gamers are tech savvy and the attention will be higher when they are online.

Sony also has its own exclusive line of games which are exclusive for the playstation thereby showcasing another tactic to overcome rivalry. Many people buy a playstation because they want access to exclusive games. The same tactic was later on adopted by Microsoft as well for Xbox 360. Thus in terms of promotions, Microsoft’s xbox and Sony’s playstation are known to be at loggerheads at all times.