Halls is of British origins and is associated with the medicinal industry. Its products are sold by a division of Cadbury Company titled Cadbury-Adams. Halls was originally founded in the year 1930 by its founding Company Halls Brothers. Cadbury is a subsidiary of its new owner company Mondelez International, who in turn now has become the owner of brand Halls in the global market. Brand faces competition from following brands in consumer market

Product in the Marketing Mix Of Halls :

Halls is a cough drop with properties like menthol, which works as an oral anaesthetic or a cough suppressant. One of its features that have been highly publicised is its “Vapor Action”.  Halls is available in cough drops and also as throat lozenges. Following are Halls products

Following are some of its variants available in different cities

Halls varieties listed on its UK site are

Soothers’ varieties are used for the treatment of common cold but it does not have menthol as its core ingredient.

Place in the Marketing Mix Of Halls :

Halls is a highly popular and recognised brand that started its journey from Whitefield in the United Kingdom and has reached a very wide area that includes several countries in the world market. It has an international presence in places like Argentina, United States, Mexico, Japan, Peru, Colombia, Ecuador, Pakistan, Philippines, China, South America, Denmark, Brazil and Thailand.

The company has several manufacturing facilities for Halls products and its variants. In India, Halls products are available in every nook and corner in both rural and urban areas through chemists and pharmacy stores. Products of brand Hall are also available via few online platforms which supply medicinal items.

Price in the Marketing Mix Of Halls :

Halls Lozenges and cough drops are therapeutic and medicinal by nature. Brand wanted to capture the growing market of cough drops and hence was looking for a pricing plan that would help it in creating and maintaining a good share of this market. Halls also faces stiff competition from several companies.

After a complete evaluation of consumer mindset, it decided to adopt a reasonable pricing strategy that was on par with its rival companies. It did not want to allow any advantage to its competitors in terms of cost and value and hence kept its prices at par with other companies. Its product prices are reasonable and a consumer can easily buy it without any afterthoughts. This has helped the company in generating larger revenues.

Promotions in the Marketing Mix Of Halls : 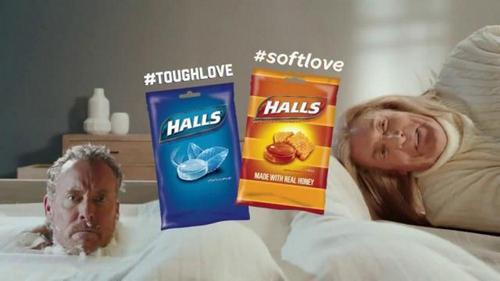 Marketing is a very important aspect of brand Halls and it has adopted several promotional strategies to increase its brand awareness.  The brand has created innovative campaigns that follow a seasonal pattern especially flu season and weather changes. It has taken help of every available medium like electronic, social and print to market its products. Commercials are shown on several television channels and are aired on radio. Advertisements are displayed through magazines, newspapers and on hoardings at strategic points to garner maximum coverage.