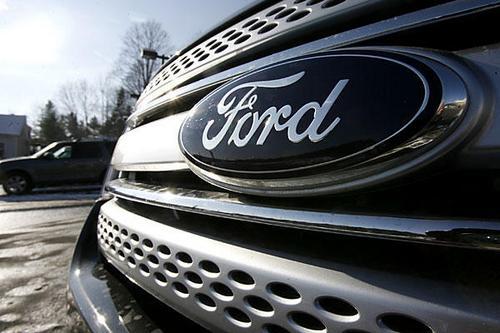 Ford Motor Company is an American Public Ltd company working under the brand name of ‘Ford’.  This multinational corporation is an automaker and deals in vehicles that are for commercial uses and used as private cars. Henry Ford founded this universal establishment in Detroit, in the year 1903 on June 16.

This historical industry is listed with the New York Stock Exchange and with less than 40% voting rights is under the thumb of the family members of Ford. They have a reputation as a manufacturing company producing vehicles with vitality, strength, quality, size, speed, passion, movement and desire to succeed. This reliable, safe and personal transportation company has many rivals and competitors. Some of their rival companies are as follows-

Ford has a stake in other worldwide companies also like 2.1% in Japan’s ‘Mazda’, 15% in UK’s Aston Martin, 49% in China’s Jiangling.  It also has joint ventures in Russia, Thailand, China and Turkey.

Product in the marketing mix of Ford motor

With its high technology and various manufacturing plants, the company has given the world market some of its best vehicles. From its first car the “Model T” in 1908, the company has come a long way with dealing in many cars like Ford Fiesta, Ford Escape, Ford Focus and Ford Ranger.  The Ford family also includes wide range of vehicles like Volvo, Land Rover, Jaguar and the brand Ashton Martin.

In India, in the year 1998, Ford introduced ‘Ford Escort Model’ and this car was replaced later in 2001 with ‘Ford Icon’ that was built locally in an Indian manufacturing plant. At least seven different models after that have been introduced to the consumers to conquer the Indian market like Fusion, Mondeo, Fiesta and Endeavour.

All the Ford products are localized and made with a concept to match the local driving conditions emphasizing on durability and less maintenance costs. Special attention has been given to maintain fuel efficiency and to see that the air conditioning systems are operating with refrigerants that are environment friendly and the ventilation system suits the Indian climate.

In order to satisfy the needs and demands of every type of consumer the company has launched economy cars, luxury cars, sports cars, vans, station wagons and trucks. Ford Fiesta, its latest gift to the world market is focusing on females as well as the younger generation.

Price in the marketing mix of Ford motor

Ford is one of the largest automakers in the world and to reach this zenith their pricing policy has played an important part. To make it as an extremely profitable company it takes into account the costs incurred as well as the profit margin. The pricing policy is also dependent on the rival company’s products that are in competition with itself in the market.

Under its non-price, competition pricing policy it has taken sponsorship contracts without changing the selling price of its various vehicles. The pricing policy is also dependent on analysis of the corporation at all levels like market evaluation and their recent financial performance. The reasonable prices of the products and its capacity of saving via low fuel consumption have also made it a favorite with low-income group of consumers. The strategists establish the policy of pricing by constantly evaluating the investment returns through sponsorship deals.

Place in the marketing mix of Ford motor

Ford has the distinction of introducing to the world the concept of manufacturing at a large scale with an industrialized work force. He had the vision of combining factories that were highly up to date with efficient work force, low prices and located at strategic places so that everything became a possibility.

Therefore, manufacturing plants have been set up in six of the seven continents with worldwide factories and dealers. It has developed manufacturing plants in countries like India so that the actual selling price of the vehicles does not shoot up. Near Chennai, in Maramalai Nagar, the company has opened a manufacturing plant in a 350-acre place with an initial investment of 1700 crores. With a general capacity of turning out nearly 100,000 vehicles per annum, this plant has been a hit with the manufacturer.

In order to avail the market of various Ford products many dealers have been signed so that the consumers can buy the cars easily near their local place at their own convenience. For the retail market, the dealership network has been made strong and easily accessible. It is the showrooms where a future customer becomes a loyal customer by first seeing the product, then handling it through test drive and lastly by purchasing it. Each location of dealership are planned with details and strategy as it is the place where the customer will come for purchasing accessories, various parts and also lifelong servicing.

Promotions in the Marketing mix of Ford motor

Ford has a very competitive marketing strategy with the aim of building long lasting relationship with its previous and loyal customers as well as new potential customers. It has linked itself with various sporting events to highlight its brand name. In the past, it has been seen as a sponsor of UEFA Champions league and this really soared its brand name and image high in the eyes of fans and customers alike.

This exclusive opportunity gave them a unique advantage in the competitive market. The sponsorship of the football league has helped them to tap the sports passion of the customers. They have successfully handled the promotional side of the business with tactics to develop their brand image.

Promotions in the visual media like the internet and television have been a huge success along with promotions in print media like magazines and newspaper. The various vehicles have been exhibited at exhibitions, events and malls.

These cars are given as gifts to different personalities as promotional strategies. Special Posters are commissioned to promote the games as well as the Ford products so that the common people associate the games with the brand and ultimately result in huge sales via the fans. During matches, the people especially the children are encouraged to participate in various promotional activities. The desire of the company has been to create a positive view and frame of mind for the name “Ford” so that it continues to be the best in the automobile industry.