FedEx is an American corporation that provides delivery services of couriers. This Public Ltd Company has its network in all the major cities of the globe. Founded in the year 1973 by the name Federal Express, the company came to be known as Fedex by 1998 onwards. the company has its headquarters in Memphis, United States and its present Chairman is Fredrick W Smith. FedEx provides fast courier services to its customers in order to retain its client base and to gain new customers. Its chief competitors who provide them a stiff competition are as follows-

Product in the Marketing mix of Fedex 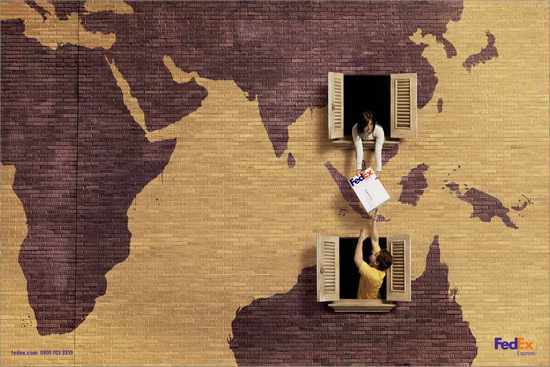 Place in the Marketing mix of Fedex

The company provides various services to its esteemed customers and handles nearly 2.4 million of package requests per day. FedEx provides all round the clock services to its customers that are spread all over the world in places like Asia, Middle East, Europe, Latin America, Africa and North America.

The vehicles like the aircrafts that are at its disposal plays an important role in providing timely and efficient services. In order to deal with the customers directly they have well-trained staff members who are recruited as desk executives. They provide all the related information about the parcels.

It also provides internet facilities for any bookings. It has an organized distribution channel. In the first stage, the parcel or the product is procured from the customer. The next stage is to supply the proper channel for the distribution of that product and this depends on the rate the consumer finds affordable. Lastly, the product is delivered to the party efficiently and within the allotted period.

Probably the only reason for its success if its distribution and delivery system. From the moment the courier or the package leaves your house or your business place, you can track it to its delivery to the end point. This is what Fedex promises and delivers. Due to its years and years of fantastic user experience, the firm has gained a lot of brand equity because of distribution.

Price in the Marketing mix of Fedex

FedEx has adopted a premium pricing policy for the quality services rendered. Although, the freight rates have shown a remarkable increase, the company has kept its rates mostly unchanged. This is mainly because of the economies of scale which Fedex enjoys.

In some countries, it has kept a flexible pricing policy such as in China, in order to make inroads in the new market and it has reduced its prices. Keeping with the flexible pricing policy it has offered discounts and various schemes at different periods to attract the customers. It has also provided Pick-up Facilities for the products at a reasonable additional cost thereby making deliveries even easier. The prices vary according to the type of service provided and they have various price packages as per the convenience of the customers.

Promotion in the Marketing mix of Fedex

FedEx has taken the help of many slogans to advertise its brand name and popularize its services. Some of its slogans that went on to become a hit are “Our Most Important Package is Yours’, “Be Absolutely Sure”, “Relax, its FedEx”, “We Understand”, “We Live To Deliver” and “Brown Bailout”. Its present slogan is “The World On Time”. In the year 1981, John Moschitta Jr, shot one of the most extraordinary ads of all times for the promotion of FedEx. This ad known as “Fast Paced World” is one of the most watched ads even today.

It has also sponsored Formula 1 related team McLaren, Benetton, Ferrari and WilliamsF1. In the last few years for research and development purposes, the company has spent nearly five million dollars. In below the line marketing, Fedex ensures that all of its trucks are branded by its logo and nearest location. Outdoor hoardings are used frequently. In ATL, television ads, newspaper ads and social media ads are most common.