AT&T is a Time-honoured and popular American company that deals in telecommunications. It is a multinational corporation with its headquarters at Texas. Founded in year 1983 it is second-largest in United States and third largest in Texas in terms of providing fixed telephones and wireless connections.

In terms of revenue this public company is largest and with 130.4 million customers it has become 17th largest operator of mobile telecom in global market. In year 2015 it was ranked as 6th most valuable brand and presently has nearly 27.1% of market penetration to its name. Its chief competitors are as follows

AT&T is vying for the top spot where it will be only telecom provider that each single customer would need and hence choose over others as its aim is to connect its customers anyway and anywhere.

Product in the Marketing mix of AT&T

AT&T was purchased by SBC for $16 billion and from then onwards it adopted its brand and name as its own. In year 2013 it decided to sell its wireline operations of Connecticut to Frontier Communications and with it a transfer of 2,700 employees, 900,000 voice-connections, 180,000 video-subscribers and 415,000 connections of broadband took place. In year 2014, May, it decided to purchase DirecTV so as to gain access to markets in Latin America. Company has decided to merge its existing U-verse and IPTV brands with DirecTV on a combined platform. 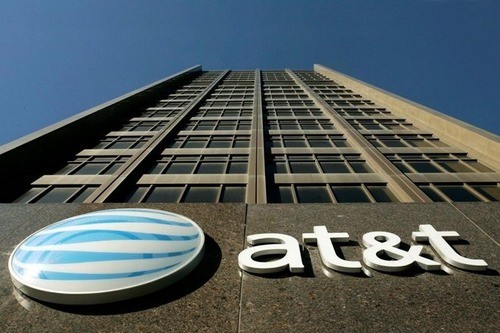 Place in the Marketing mix of AT&T

AT&T is a brand that has focussed its operations in both North and South America with help of more than 243,620 employees. It has started its endeavour of connecting an individual’s home, vehicle and other devices to each other as its Smartphone helps in easy navigation through a single platform. AT&T wireless and Cingular wireless became merged to establish largest and biggest spectrum holding for any 59 MHz wireless carrier.

With such a vast amount of available spectrum it can influence its data services and gravitate towards operational excellence. Its distributive channel includes locking horns with its competitors by using Wal-Mart, BEST Buy, Radio Shack, highly visible and effective real-estate traffic and vital mall locations. It has tried to provide best possible customer services to gain more clients by developing MSOC process and thus ensuring that customer demands are met quickly and efficiently. It also offers number portability and practises 2-year policy of contract commitment.

Price in the Marketing mix of AT&T

AT&T realises the concept of reasonable pricing and hence has decided to follow competitive pricing policies for its numerous services. Some of its plans include Family-unit and Rollover-Minutes plan. It has utilized its vast spectrum to offer video conferencing at very realistic rates. Company has also decided to market its wireless routers at affordable prices. Brand AT&T has been keeping a watchful eye on market, its trends and on its competitors and after complete evaluation decides on its various pricing policies.

With changing times its policies are also flexible and thus have room for negotiations. In order to increase its volume it needs to reach a wider consumer base and hence by keeping its options open and reasonable it has gravitated towards yielding larger revenues from high volumes. It tries to maintain its prices lower than its competitors and this enables it to hold on to its customer base by providing best services and products at minimum possible pricings.

Promotion in the Marketing mix of AT&T

AT&T has signed an exclusive agreement with another famous brand Apple to sell and market its services and it has resulted in vast publicity and product visibility. In order to create a name for itself in global markets it has started offering voice PTT, HSPDA, video share and voice-IP. It has spent significant resources to develop major programs like business learning, management and leadership.

AT&T focuses a lot on internal branding as well. Main focus of this endeavour is to create competitive leaders that would become asset to the company with honed skills and extra experience. Other vital rewards include right exposure, career development and accelerated growth in careers. Brand AT&T also recruits college graduates and motivated individuals as its promotional policies.