Oberoi Hotels are operated by The Oberoi Group and is of Indian origin. It is associated with hospitality industry via its dealings in resorts and hotels.  Group was founded in the year 1934 by its founder Raj Bahadur Mohan Singh Oberoi. It is one of the oldest hotel chains in India and has earned an iconic status. Some of its competitors are as follows-

Product in the Marketing Mix Of Oberoi Hotels :

Oberoi Group is one of the world-renowned brands and is owner and operator of more than thirty hotels of luxury settings and two ships for a river cruise. It also offers catering services to several international airlines and operates lounges and restaurants in both international and domestic airports.

Oberoi is a major player in the hotel industry and emphasises on upscale accommodation and impeccable services. Its chain of hotels includes distinctive and unique Victorian architecture along with local and ethnic culture. Oberoi Hotels are at par with international standards if one compares infrastructure, cuisine, services and facilities. It is equipped with exclusive banquet halls and conference room for parties and business travellers respectively. 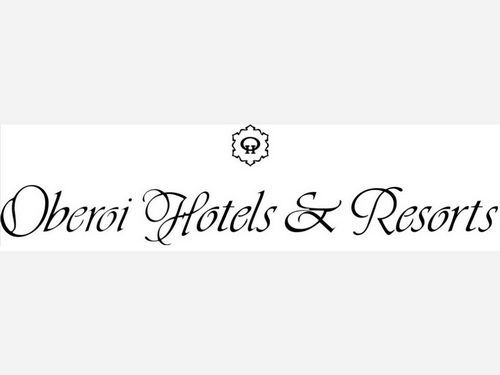 Place in the Marketing Mix Of Oberoi Hotels :

Oberoi Group started its operations from India but with time spread its presence to several other countries in the international arena. It has its headquarters base at New Delhi in India. Its hotels in India are located at strategic and convenient places in major cities like Agra, Jaipur, Udaipur, Shimla, Ranthambore, Chandigarh, New Delhi, Mumbai, Kolkata, Kerala, Gurgaon and Bangalore.

Its overseas hotels are at Lombok and Bali in Indonesia, Madina in Saudi Arabia, Dubai in UAE, Mauritius in Mauritius and Nile Cruiser in Egypt. Its further expansion plans include places like Morocco, Abu Dhabi, Oman and Greece. Service is an important part of the hospitality sector and Oberoi hotels have an efficient and multi-talented workforce that offers best possible services to its clients.

Price in the Marketing Mix Of Oberoi Hotels :

Oberoi Hotels have targeted corporate offices, higher-income group and urban travellers as its potential customers. It provides a right blend of luxury, efficiency and services. Oberoi Hotels are five-star hotels offering first-class services to its distinguished and esteemed clients.

It has adopted a premium pricing strategy that is also value-based. It has several types of accommodations and each one is priced depending upon the services and facilities included along with it. Oberoi hotels have a competitive advantage and charges high for offering luxurious settings because it knows that its loyal customers are willing to shed extra bucks for added benefits via best possible product and services.

Promotion in the Marketing Mix Of Oberoi Hotels : 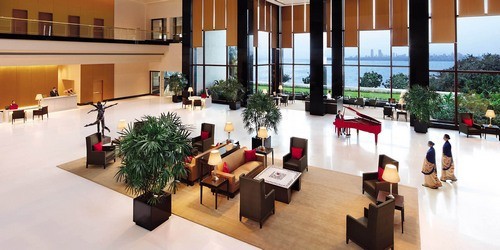 Oberoi Hotels have adopted several promotional policies to create positive brand awareness. It has launched campaigns for better visibility via magazines, tour and travel operators and social media platforms including Facebook, Twitter, Instagram, YouTube and its own website. It also relies heavily on mouth publicity from its clients as they recommend it to others. Oberoi Hotels have received five-star deluxe-ratings from the Ministry of Tourism and it is the highest acknowledgement of rating available in Indian hospitality sector.