Kitkat is a biscuit bar of wafer that is covered in chocolate. Rowntree of England created it in the year 1935 and later Nestle started its production after acquiring the company in the year 1988. Kitkat has a universal appeal to every generation and age group. Some of its competitors are as follows-

Product in the Marketing mix of Kitkat 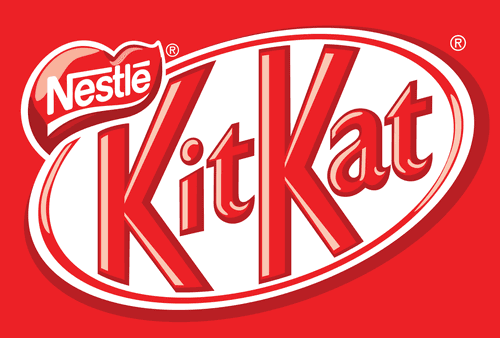 The traditional Kitkat bar has four fingers with a measurement of 9cm by 1cm. Later a bar of two finger was also introduced that is the company’s bestselling product till today. The kitkat bars have different number of fingers in accordance with the market.

One of its most favorable variant is “Caramac” that was introduced in 2005. “Kitkat Green Tea Chocolate” is one another successful product of the company. In Japan, at least forty flavors of Nestle Kitkat are available like the Cucumber, wasabi and lemon vinegar.

Place in the Marketing mix of Kitkat

Nestle Kitkat is produced in at least 21 countries of the world such as Brazil, Canada, UK, Germany, Malaysia etc. and at present is the leading confectionary brand in the global market. It is easily available in nearly one hundred countries of the world.In the year 2010, a new manufacturing line, costing 5 million pounds was opened in York by Nestle. This plant is supposed to produce a billion units of Kitkat every year.

The global team of Nestle Kitkat has developed an intricate network of distributive channels that has the responsibility of ensuring that Nestle Kitkat is available to every interested consumer at whatever place or whenever time he desires.

Numerous market researches show an amazing fact that 60% of the purchases are impulsive buys without any rhyme or reason. Sales of any confectionary product depends on easy availability therefore, the company tries to supply as many as possible variants of its products to maximum number of outlets through its wholesalers and retail channels.

Price in the Marketing mix of Kitkat

The starting prices of the Kitkat product remain unchanged at INR5, along with its quality, even if the quantity has been reduced. The customers then do not feel very unhappy with the company as they also realize the effects of rising economy. The stability in the pricing policy has been a major factor in the maintenance of sales of this brand. The company’s policy has proved to be a boon for them.

Promotions in the Marketing mix of Kitkat

Nowadays, a tagline has become an important promotional activity. Nestle Kitkat has relied heavily for its promotions on the media such as newspapers, magazines, billboards, posters, televisions and especially online through internet and various websites that asks the visitors to take a break and have a Kitkat. The company has offered free bars of Nestle Kitkat with family packs as promotional strategies.