Mars is a family-managed private company of American origins. It was founded in the year 1911 by its founder Franklin Clarence Mars and is associated with Food processing industry.  According to Forbes as a privately-owned largest company it has been ranked at sixth position in the United States. Some of its competitors are as follows-

Product in the Marketing Mix Of Mars : 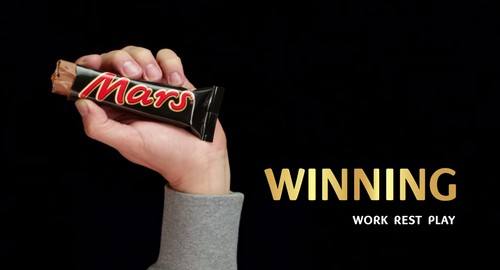 Mars is a manufacturer and marketer of pet food, confectionery and a provider of services related to animal care. It divides its business into six segments like Symbioscience, drinks, Food, Wrigley, Chocolate and Petcare. The company is mainly known for producing confectionery items, although it also manufactures non-confectionery snacks and pet foods. Its product portfolio includes

Place in the Marketing Mix Of Mars :

Mars is a global company with its product presence spread over several countries like United States, United Kingdom, Canada, India, China, Indonesia, Germany, Australia, France, Ireland and Japan.  It has its headquarters base at McLean in Virginia.

The company has different location heads for its different business entities like for chocolate it is located in Hackettstown in New Jersey; Petcare business has offices in Mexico, Belgium and Brussels, life science division at Germantown in Maryland, beverages at West Chester in Pennsylvania and food division at California. Mars has several manufacturing plants in the United States at Kansas, New Jersey, Georgia, Illinois, Tennessee, South Carolina, Ohio, Pennsylvania and Missouri.

Facilities in Canada are at Newmarket and Bolton in Ontario and of Australia at Ballarat in Victoria. Mars has a widespread and strong distribution channel that includes services of wholesalers, retailers and an estimated workforce of nearly 75,000 employees so that products are easily available to consumers via supermarkets, discount stores and hypermarkets.

Price in the Marketing Mix Of Mars :

Mars is a multinational corporation that has targeted all age-groups from upper and upper-middle class society who are looking for a qualitative product that melts in the mouth. It is regarded as a global brand for chocolates because of its diversified product portfolio. Pricing is generally dependent on several factors like cost incurred because of production, advertising, marketing, distribution and other variables.

It is also to a certain extent dependent on the prices set up by rival brands. Mars has set up a team that takes into consideration all these factors and recommends projected prices. It has adopted a mid-premium pricing policy for its products. This strategy helps them in maintaining their premium qualities and has also kept product rates affordable and reasonable so that it does not lose its competitive edge in such competitive times.

Promotion in the Marketing Mix Of Mars :

Mars has adopted several promotional strategies for successful marketing of its products. It has been using electronic media since its onset by launching witty and informative ad campaigns in television. Ads are also shown via newspapers, magazines, radio and billboards.

Recently the company has started advertising via social media platforms including Facebook and YouTube. Its popular taglines include A Mars a day helps you work, rest and play and Mars gives you Energy. Mars has also roped in famous personalities to act in its ads and increase its brand awareness.

International British athlete Peter Elliot has been associated with this brand and has acted in commercials shown in the year 1991 in the United Kingdom.  Fortune has ranked it as one of the top companies in its list of 100 that one wants to work with. Mars is aware of its social responsibility and has made donations and sponsored a room to Elizabethtown College.