Jaguar is a renowned car manufacturer, known for its high-tech and suave car designs, and enjoys a worldwide acknowledgement for the quality of its cars. The Jaguar cars division is part of an overall brand, the Jaguar Land Rover, which is a British based multinational car manufacturer.

The company has been used on many occasions in the past to design and manufacture vehicles for the Queen, the Prime Minister, and many high officials and celebrities in the United Kingdom. In India too, you will find the car being bought by the A+ class segment. Jaguar cars today are designed in Coventry, England, and manufactured at plants in Warwickshire and Birmingham. The car brand has a lot of history, and is seen as prestigious by the public in Great Britain as well as other parts of the globe. 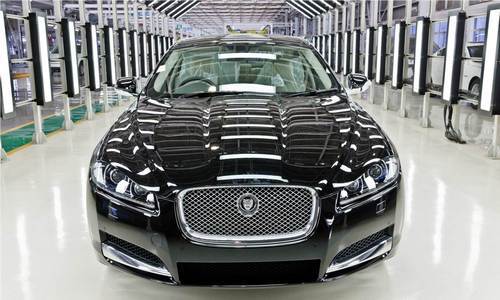 In 1989, the company changed hands as it was bought by Ford, who then passed it on as part of a package deal to Indian car maker Tata Motors in 2008. Although not owned by a British company, the design and manufacture of this brand continues to be in England. In India, Jaguar cars are available through dealerships, in diesel and petrol models, including the Jaguar XF, XK XJ and the F type as well.

Product in the marketing mix of Jaguar

The Jaguar car brand is synonymous with smooth, fast and luxurious vehicles. Unlike the BMW, which has low cost models, Jaguar is premium throughout and does not believe in approaching the masses at all. It is just for the classes. Jaguar is favoured by people who are in the position to spend a lot on their vehicles. Please remember that the mileage of these vehicles is very low, sometimes going just a few miles for a liter of petrol / diesel. Thus, the maintenance and running of the car also is costly. Jaguar made its name in the 1940s and 50s by creating a chain of sports vehicles which caught the eye. These cars were successful commercially and on the track in motor sports, which went on to become an integral part of the sport for decades.

Place in the marketing mix of Jaguar

Jaguar’s land rover started entering India in 2009 and by the end of 2014 it had 20 dealerships in the country. The numbers – 4 distributors in a year, speaks volumes of the exclusivity of Jaguar. The Jaguar cars are not for everyone. Thus, there is no massive distribution in place for the same. Jaguar has showrooms and dealer outlets only in the very very premium urban areas of India, or even across the world. Jaguar’s power lies in its promotions and product quality, rather then depending on the distribution.

The company continues to grow in Asian countries, whilst also delivering strong performances in its ‘home’ markets. As these smaller markets are growing, the company is adjusting and accordingly opening more showrooms and dealerships, thereby increasing its reach to the top class people who can actually afford a Jaguar. However, like other top end brands which deliver high quality products at somewhat of an affordable price, Jaguar cars are financially restricting for many people, and therefore seen as true status symbols, a symbol of sheer success.

Promotions in the marketing mix of Jaguar

Since releasing their sports cars in the 40s and 50s, Jaguar has been associated with elegance and quality, and is the car of choice for many celebrities and prime ministers around the world. The clientele of the car brand speaks a lot of the quality of the cars. The company indulges in some selected advertising on television, but uses most of its advertising budget on billboards and magazines.

Though, when it does come out with TVC’s (mainly for the introduction of a new product), it comes out with style. The TVC’s are smooth yet powerful, and they put across the message that the Jaguar is still prowling around in the market, ready for the customers who can actually purchase it. Sponsorship deals allow the company to increase its brand recognition in growing markets, and participation in various car shows around the world gives the company a chance to show off its very latest vehicles.

The company roped in handsome and stylish football player David Beckham as it brand ambassador this year. He will be the marketing face for Jaguar cars to be launched in coming months in China as well as the world.

Price in the marketing mix of Jaguar

Be rest assured, if you think of how much diesel or petrol will cost when you buy this car, then this car is not for you. Jaguar purely uses a super premium pricing. The preserve of the rich or famous, Jaguar cars can be very expensive. The starting price of the XF is about 30,000 GBP, while the XK can cost nearly 60,000 GBP. These prices can have thousands added on, depending on the customer’s desires.

In India, the Jaguar XF is around 48, 60,000 (INR), and can rise to as much as 1,88, 00, 000 (INR) for a convertible XK. Jaguar provides dealerships which can offer customers loans or repayment schemes. The running costs and maintenance of a Jaguar may be more expensive compared to other car brands. Nevertheless, it is worth the luxurious features the car comes with. However, it does not fit everybody’s budget.

All cars are still currently built in the United Kingdom, and shipped out to dealerships and customers from there. Although the transportation is a major cost, most costly is the technology that goes in the product. The exclusivity of the car also contributes to the rise in prices, because Jaguar has to survive while selling very less units as compared to other brands.