Fiama Di Wills is a subsidiary brand of its parent company ITC Limited. It is of Indian Origins and was launched in the consumer market in the year 2007. The brand was a result of intensive research of four years by R&D department of its parent company. It is associated with FMCG industry and is a personal-care brand dealing in skincare and haircare products.  Some of its competitors are as follows-

Product in the Marketing Mix Of Fiama Di Wills :

Fiama Di Wills has a diversified range of products that is a combination of science and nature.  It provides gentle care with effective results.

The company has targeted both males and females as its customers and its products are for both of them. Product kit includes haircare and skincare products like shower gel, bathing bars, conditioner and shampoos.  Its new Haircare regime includes restoring systems and nut oils and products are

Place in the Marketing Mix Of Fiama Di Wills :

Fiama Di Wills is a vital brand from ITC kitty and it has been able to use the distribution network of its parent company to market its products far and wide. The network includes a traditional channel of wholesalers and from them to retailers and lastly to consumers through several retail outlets and stores.  ITC has adopted a Go-To-Market strategy for its brand Fiama Di Wills.

It has a presence in most of the premium outlets of metro cities and is also spread to small shops in rural India. The company uses containers and trucks for long-distance transportation and tempos for small-distance hauls. Its products are easily available in corner shops, convenient shops, superstores, malls, discount stores and hypermarkets.

Price in the Marketing Mix Of Fiama Di Wills :

Fiama Di Wills has been projected as a premium brand with qualitative products. The company has decided to adopt a mid-premium pricing policy for its products as it wants to create larger sales volume. In order to compete successfully with its competitors, it cannot afford to keep premium prices for products and hence has decided to cut down its profits in favour of larger volumes by adopting a value-based pricing policy. To penetrate consumer market fully brand has launched small sachets of economic prices. Fiama Di Wills has decided to keep its prices affordable and reasonable so that it is easy for customers to buy its products.

Promotions in the Marketing Mix Of Fiama Di Wills : 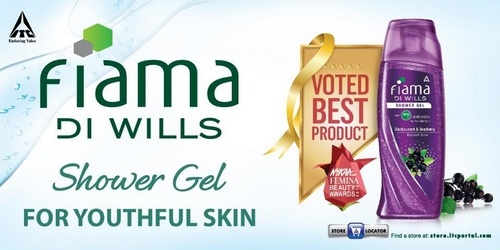 It has also taken help of celebrities to market its products. Indian film star Deepika Padukone has been endorsing this brand from its inception and later Sapna Bhavana’s; a professional hairstylist also became associated with it. The brand has organised several workshops for hair & care called Tress Talk and in the year 2010, it made a deal with Disney India for creating limited-edition packs to be sold along Hanna Montana accessories.