One of the largest E-commerce companies in the world, and regularly one of the top 20 websites with respect to traffic is Alibaba.com. It is also one company which was responsible in a large way to bring China at the forefront of world trade.

One of the reasons China is a hit amongst nations is because of its manufacturing capabilities. And secondly, because China does not entertain foreign entrants in its nation. Like Baidu is a chinese search engine and is a bahemoth.

Naturally, an E-commerce portal which is selling from China to the whole world is a big thing. But for the company – Alibaba group holding limited, E-commerce is not the only revenue generating source. There are many others as well. 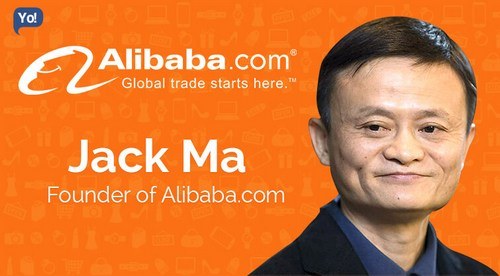 Let us look at the Marketing mix of Alibaba

Product in the Marketing mix of Alibaba

Alibaba, through its other service – Aliexpress.com also provides smaller buyouts for small businesses as well. The major advantage of Alibaba.com as an E-commerce portal is that it can export to 240 countries, thereby immediately giving it the reach to have a lot of revenue turnover.

Besides Alibaba.com, In China, the Alibaba group also launched Taobao which is the Ebay.com equivalent of a Business to consumer E-commerce store. It is the largest E-commerce store in China and the 2nd most visited website in China.

There are many other web products under Alibaba. As mentioned previously, China is not an open market, an advantage which was taken by Alibaba and it followed a route similar to Google’s in USA. It has launched many different web products

There are many other businesses covered by the Alibaba group. Overall, as we can see, Alibaba has increased its online presence manifold with its current presence in the US as well.

Price in the Marketing mix of Alibaba

Like any other portal, Alibaba has a very lenient pricing and its commission are very low to allow businessmen to do their own business. This is the reason that Alibaba has reach such great heights so fast. Due to the low cost nature of Chinese products, it can be said that Alibaba has penetrative pricing.

Even Taobao which is the consumer to consumer platform of Alibaba, hardly charges any fee and most of the process is free. The earnings are mainly from advertising and not from anything else.

When compared with the hefty fees that Amazon or other portals charge to their sellers, Alibaba has a very nominal fee and hence it can be said as penetrative pricing.

Place in the Marketing mix of Alibaba

Alibaba has far and wide reach across the world. It recently entered US with an IPO and is also building its teams in various countries of Asia. One of the major advantage of Alibaba is that it hails from China, where bulk manufacturing is done. There are exporters ready to do business and there are importers ready in other countries who want to import things. Thus, it is a win-win situation for both.

Overall, Alibaba claims that it can export to 240 countries from its international business to business portal – Alibaba.com. At the same time, the portal is increasing its actual presence across the world.

Promotions in the Marketing mix of Alibaba.com

Alibaba is known to heavily promote its E-commerce portal digitally. Naturally, as most of the services are digital, across the world digital ads are shown. Within China, Alibaba promotes the portal above the line as well as below the line. It uses Hoardings, digital advertising and sales promotions to advertise below the line. And in Above the line, it uses television, print as well as radio.

Outside of China too, it has started TV ads which mainly target is as a B2B business portal and a bulk product supplier. Here is an European ad on Alibaba.com.

Here is another video where Jack ma, the founder himself, talks about Alibaba.com