Subway is an American fast food restaurant franchise that primarily sells submarine sandwiches which are popularly known as “Sub”. Their menu mainly includes Subs and salads. It is currently the fastest growing franchises in the world.

It has 44852 restaurants in 112 countries and territories. It is the largest single owner of a restaurant chain and largest restaurant operator in the world. It was founded by Fred DeLuca and Peter Buck in 1965. Its current CEO is Suzanne Greco. It is headquartered in Milford, Connecticut. It is owned and operated by Doctor’s Associates Inc.

Subway announced its new logo which will be implemented from 2017 onwards, globally. 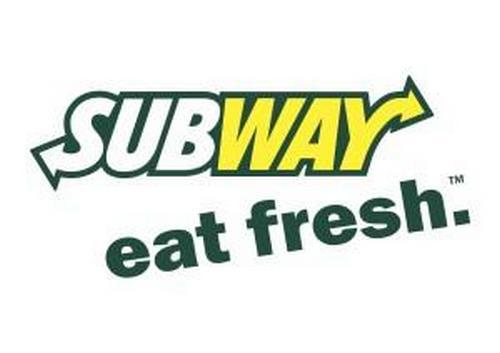 Strengths in the SWOT analysis of Subway :

No. of stores: Subway has 44,852 outlets compared to its competitors. McDonald’s has 36,615 while Burger King has 15,243. KFC is operating in 19,952 locations while Taco Bell has 7000 restaurants. This sheer difference gives Subway an added advantage to cover larger potential population. 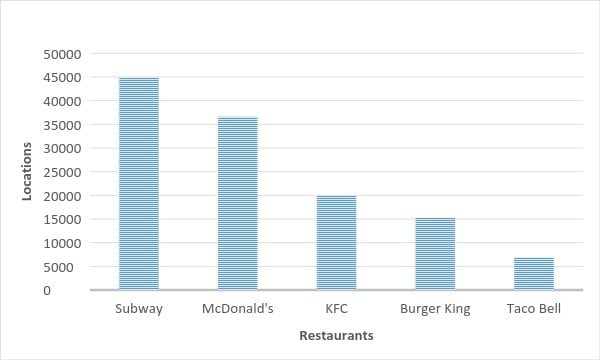 High Brand Loyalty: It has a high brand recall and following among its customers. The ones who eat here are high brand loyalists. On the most valuable restaurants in the world, Subway holds the number third spot being beaten only by McDonald’s and Starbucks. Its brand value stands at $10.314 billion.

Health benefits: They offer healthy subs sandwich that is preferred and much better as compared to food items offered by other fast-food chains like McDonald’s. McDonald’s and KFC rely heavily on oily and fried foods which are completely opposite to what Subway aims for. The rise of Subway rapidly can also be accounted because of increasing health related problems by eating junk food and so customers have started moving towards healthier options. This is probably the best strength in the SWOT analysis of Subway

Easy Starting of franchise: Franchisee staff training is structured, brief and designed to assure rapid start-up for new employees as these are all carried out by the agency which has hired the brand name of Subway. This ensures easy set-up of new restaurants at far off locations and smooth functioning without any obstructions of different regulations.

Differentiation: In the world of many different burger and pizza chains, Subway stands different because it is a customsed sandwich. You can build it the way you like it with the various ingredients on offer. If we consider the customization angle, no other fast food brand has achieved the level of popularity which subway has achieved. This differentiates subway and makes it a loved brand amongst the various food franchise’s.

Weaknesses in the SWOT analysis of Subway :

Brand Value: Although having the highest no of operating locations in the world Subway still suffers in  brand value when compare to its biggest competitor McDonald’s. It is also not very far away from its closest competitors, though in restaurants it is solidly at the second position (keeps changing year on year). 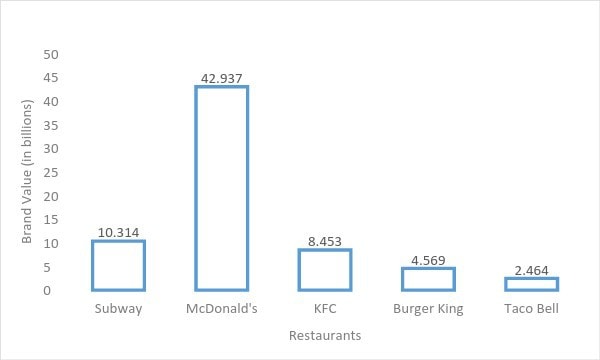 Satisfaction and Level of Service: Because of the training of the staff is outsourced to the ones who have franchised does not ensure a common level of service satisfaction around all the Subway stores around the globe. The commitment cannot be the same across all the restaurants.

Old-fashioned themed restaurant: Subway has not updated their restaurant’s styles accordingly to the changing times. This results in poor satisfaction level of the customers leading to the customers changing their preferences over time.

No Online Presence: No online presence and promotions affect the brand name of the company. Today in the digital era online presence is equally important. This is where Subway lacks.

Many Employees: Subway employees’ job is a low paid and a low skilled job. It results in low performance and high employee turnover, which increases training costs and add to overall costs of Subway.

Opportunities in the SWOT analysis of Subway :

Health Consciousness: People are getting more and more health conscious in today’s world. So, Subway can actually exploit this and become more successful as brand and restaurant.

Home Delivery: Most of the successful restaurants are providing services like home delivery. Subway needs to pick up on this trend and start catering the home delivery loving potential customer.

Diversification: Subway has stuck with only one kind of product i.e. Subs but it needs to diversify into different kinds of healthy options and stay in the competition. They can utilise their already established customers to change their eating habits and generate more loyal customers.

Drive through: Also one of the services offered by its competitors is drive through the facility for the quick and working class people. Subway needs to apply this in their restaurants as well.

Vegetarian Foods: Mostly Subway offers different kinds of meats but lacks in a varied menu for vegetarians. It needs to diversify in this front as well.

Threats in the SWOT analysis of Subway :

Competition: Subway can face a serious threat from competition like McDonald’s, KFC, Taco Bell, Wendy’s which also have a loyal following. If they also start providing low-fat food options this can seriously damage Subway’s customer base.

Saturated Market: New restaurants are coming up with the same model as of Subways. This can damage the customer base as they can influence the local people better and serve their needs better in the regional base.

Bad Reputation: There have been some lawsuits against the brand regarding stale and unhealthy food that was being served to the customers. This damages the brand’s trust and makes people reluctant to try them again.

Trend Change: If people start caring about their food (somewhat unhealthy) more and might want more spice of taste to it they may choose to move to other restaurants.