Alaska Airlines was set up in the year 1932 and it is headquartered in Seattle and flies to around 100 destinations in USA, Canada some locations in  South America and Carribean Islands. With the largest hub at Seattle Airport, Alaska Airlines is a part of three major alliances and also has codeshare alliances with some major airlines like American Airlines, British Airways, and LATAM Chile.

With around 12,000 employees the company has registered an annual turnover of USD 6 billion. The company has around 33 million customers and operates flights to more than 5 countries globally. The airlines were born as a result of a tie-up between McGee Airways, and Star Air Service.The company has always been striving to carve a place for itself in the customer’s heart by differentiating themselves by providing world-class customer service.

Strengths in The SWOT analysis of Alaska Airlines

Strengths are defined as what each business does best in its gamut of operations which can give it an upper hand over its competitors. The following are the strengths of Alaska Airlines: 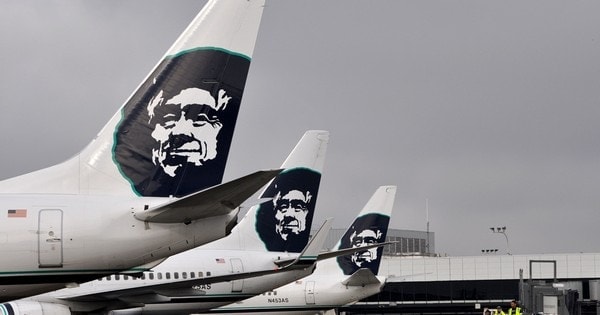 Weaknesses are used to refer to areas where the business or the brand needs improvement. Some of the key weaknesses of Alaska Airlines are: