Pepsodent is a popular oral care products company, having a presence in over 50 countries as Pepsodent as well as Mentadent, PS, Signal and Zhonghua in some parts of the world.  Pepsodent has been endorsed by FDI, the largest dental association in the world which gives it immense credibility. Pepsodent is a subsidiary product of Unilever, except in two countries, USA and Canada where it is owned by Church & Dwight.

Strength in the SWOT Analysis of Pepsodent :

A wide range of oral care products: Pepsodent has a range of offerings in oral care category in the form of kinds of toothpaste, mouthwash and toothbrush etc. It has offerings that provide specific solutions like gum bleeding and sensitive teeth etc.

Global Presence: Pepsodent is present in over 50 countries due to the powerful distribution system of Unilever around the world. Such strong global presence dilutes business risks of being over-dependent on a single market.

Strong marketing: Pepsodent has a very strong marketing team which has made sure that they communicate the trust of FDI through its integrated marketing communications (TV Ads, etc.). This helps increasing demand in the market.

Support from Unilever: Pepsodent is well supported by its parent company Unilever which provides it financial stability; marketing and distribution support which has helped in the expansion of the brand worldwide. 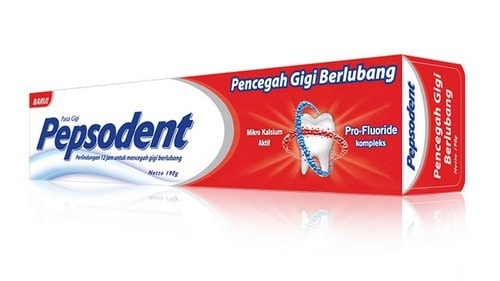 Weaknesses in the SWOT Analysis of Pepsodent :

Opportunities in the SWOT Analysis of Pepsodent :

Herbal approach: Pepsodent should look forward to bring out herbal products in the market in order to tap the increasing demand being created for herbal products.

Improving Lifestyle: With the improvement in lifestyle especially in emerging nations, awareness about oral care is increasing and hence it creates an opportunity for Pepsodent to tap the potential demand.

Tie-ups with hotels: Pepsodent should tie-up with small and big hotels across the globe in order to increase awareness and demand, and also increase sales.

Threats in the SWOT Analysis of Pepsodent :

Cannibalization: Pepsodent is directly competing with another popular Unilever brand Close up in many countries. This increases cannibalization of product and hence affects sales of both the brands.

Threat of new entrants: In India, Patanjali has created a big dent in the oral care market affecting all the popular brands including Pepsodent. This has disturbed the dynamics of the market and hence there is an increasing threat of new entrants in other markets as well.