The Xbox 360 is the second product in the Xbox series and the credit for its development goes to the global company Microsoft. The product became available to the public from 22 November in the year 2005 and until March 2014 has sold 83.7 million units of the game. 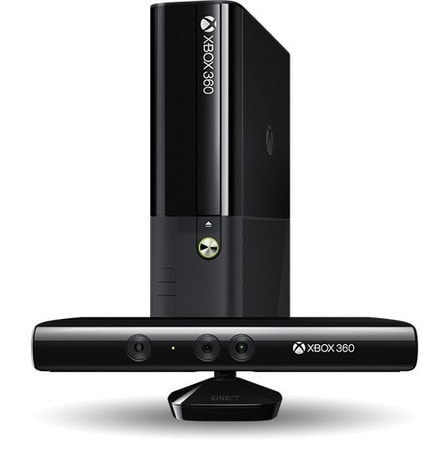 Product in the Marketing mix of XBOX 360

The main feature of XBOX 360 is its gaming capabilities. It boasts of some of the most advanced forms of gaming because of very strong graphics processor as well as computing power. It also has internal storage to make the game loading faster. Many gamers swear that XBOX 360 has a higher gaming resolution than PS3, but this is a never ending debate.

The features of Xbox 360 include the online services and the new Xbox live that was expanded from the previous version. This Xbox Live permits the individual to download various games through the Arcade, play online games, purchase films, television programs and music through its portals of Xbox video and music.

It was also able to get access to the content services of the third party through the application of media streaming. The Xbox 360 also permitted its handlers to stream media from PCs that were local. The console has released many peripherals and additional services such as expanded storage of hard drive, wireless controllers and the camera that has Kinectic Motion Sensors. The Xbox 360 presently has become a hub in itself for computing entertainment.

Place in the Marketing mix of XBOX 360

Launched worldwide the gaming console Xbox 360 has been selling in the international markets. It was first released in North America and then to countries like USA and later to India, Japan, Australia, New Zealand and other countries. The country that boasts of physical presence of Microsoft has followed the intensive distribution network formula. The successful channel consists of Producers, then Wholesalers, then Retailers and lastly Consumers.

Numerous outlets that sell the product Xbox 360 are present in locations that provide easy accessibility to the interested customers. The outlets are attractive with sophisticated interiors and organized staffs who maintain a warm relation with the consumers. Here all the queries are answered so that the customer can buy the product without any hesitation.

Shopping centers and malls have special stores for the sale of this internationally acclaimed video game. In order to sell as many as possible products Microsoft has taken the help of its already in place industrial channels and business enterprises. The company has formed important contracts and alliances with other well-known and global companies. The retail stores and online sites have been huge boosters for the sales of this product.

Price in the Marketing mix of XBOX 360

The high profits generated through its remarkable sales are a testimony to the fact that this gaming console has proved to be a huge hit along with its pricing policy. The prices were competitive and along with its superior product quality, generated huge interest that resulted in good volumes.

At some point, the company has also provided discounts and added benefits to maintain their sales. However, there are always means and methods to increase the sales further. Some of the features of this gaming console were added at a later stage at the same prices to generate the interest once again. Hence, the company has decided to keep its pricing policy competitive because PS3 is the only closes competitors it has.

Promotions in the Marketing mix of XBOX 360

Xbox 360 is a gaming platform of the seventh generation and it was first launched on MTV on television in the year 2005 on May 12. Later, after a month of suspense, the various information and the details of the games were revealed at the E3 or the Electronic Entertainment Expo. It was a huge publicity strategy and it paid off handsomely. The suspense around the game resulted in huge sales for the company.

According to new strategies, Microsoft has started attracting and influencing the female audiences to remove the gender barrier. The features of Xbox 360are displayed on the packaging that is distinctive for its easy recognition. The silver and the color green along with the unique logo have served its purpose of attracting the customers.

Everyone has liked its new slogan “It’s Good To Play Together”. As the game can be played between players at different places, the word of mouth publicity has also helped the company in its promotions. The advertisements have been shown via internet sites, magazines and televisions. The tag line “Jump in” is apt for the product. Online contests have been held on the websites with suitable rewards to maintain sales and attract the customers.

One of the major points for promotions of XBOX 360 as well as PS3 is the number of exclusive games they have. Gears of wars is one of the most ground breaking games and is featured exclusively on XBOX 360. Halo is another legendary game available exclusive for XBOX and not for PS3. Such exclusive games boost the popularity of the gaming platform.