IPL – The Indian premier league has taken the cricketing world by storm. It has also got its marketing mix spot on. Read on to discover the perfection in the marketing mix of Indian Premier League

Product in the Marketing mix of IPL

IPL stands for Indian Premier League. It is a Twenty20 tournament started by BCCI. It is the brainchild of Lalit Modi. It started in the year 2008 and comprises the players from all over the world. A perfect blend of cricket & entertainment. It’s providing a stage for many youngsters to show their performance & profitable too to Advertisers and broadcasting channels.

Price in the Marketing mix of IPL

As far as the IPL pricing structure is concern, The IPL is predicted to bring the BCCI income of approximately US$ 1.6 billion, over a period of five to ten years. All of these revenues are directed to a central pool, 40% of which will go to IPL itself, 54% to franchisees and 6% as prize money. The money will be distributed in these proportions until 2017, after which the share of IPL will be 50%, franchisees 45% and prize money 5%. The IPL signed up Kingfisher Airlines as the official umpire partner for the series in an Rs.106 Crore’s (1.06 billion) deal. This deal sees the Kingfisher Airlines brand on all umpires’ uniforms & also on the giant screens during third umpire decisions. Sony Entertainment Television signed a new contract with BCCI with Sony Entertainment Television paying a staggering Rs.8700 Crore’s (87 billion) for 10 years. 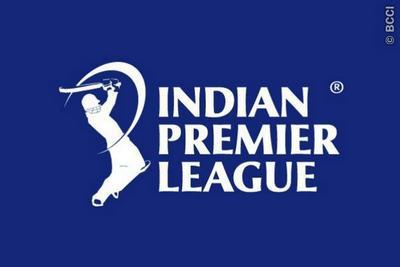 Place in the Marketing mix of IPL

The first season of the Indian Premier League commenced on 18 April 2008 in India, and ended on 1 June 2008 with the victory of the Rajasthan Royals against Chennai Super Kings in the final at the DY Patil Stadium, Navi Mumbai.

As the second season of the IPL coincided with multi-phase 2009 Indian general elections, the Indian Central Government refused to provide the Indian paramilitary forces to provide security, saying the forces would be stretched too thinly if they were to safeguard both the IPL and the elections. As a result, the BCCI decided to host the second season of the league outside India. All 59 matches of the second season, abbreviated as IPL 2, took place in South Africa. Ironically, South Africa were also scheduled to have elections doing the IPL, however, the South African government provided adequate security for both the South African General Elections and the IPL.

Promotion in the Marketing mix of IPL

When Bollywood and cricket met, the result was IPL and it was truly entertaining to see one’s favorite cricketer as well the Bollywood star on the same platform. IPL was no doubt an entertaining one. Super stars like Shah Rukh, Preity, Akshay, Katrina, Hrithik had been a source which provided a lot of glam to IPL promotion.

To attract the cricket fans, even team-owners have started selling tickets personally. Preity Zinta, the co-owner of Kings XI Punjab and Australian pace man Brett Lee sold the tickets along with their autographs.

People in the Marketing mix of IPL

Indian Premier League is mostly targeted for the younger generation youth. As the generations are very busy with their day to day work with IPL they get entertainment along with cricket which helps them to enjoy every aspect of the game. People are very excited towards IPL as this is only one game that brings different players of different countries at one platform, for which they tend to get attracted to see their favorite player perform. Some of the audiences are also attracted to see their favorite celebrity cheering for the team.

Process in the Marketing mix of IPL

Indian Premier League as a whole is the biggest event of the year for which months of preparation are to be done. For instance organizing the respective 8 teams who are performing for the event and the most important of all is marketing the IPL as it has to reach the wide range of audience globally. An arrangement of stadium where this event is going to be held is also finalized well before. Finally and most important of all is execution of the Event.

Fun, Music, Entertainment & sports, where can you find that, answer for that is INDIAN PREMIER LEAGUE. People wait for this season as they get everything in a joyful bundle. IPL is also the biggest platform for advertising and promoting different product or brands which is clearly viewable during the event.