Definition: Base pay is defined as the initial amount of money reimbursed to an employee in return for the employee’s service is called the base pay/salary.  It is only one constituent of an employee’s complete payment and does not comprise overtime pay, bonuses, benefits, or insurance. The charge can be calculated hourly or annual basis.

What is Base Pay?

Base pay is the minimum amount of money or salary paid to an employee, excluding benefits, raises, bonuses, or incentives. Also, it can be considered to be a fixed amount reimbursed to an employee for a specific role.

Base pay does not contain all types of reimbursement. For example, incentive-based pay, shift differential pay, pay for special assignments, on-call pay, and shift differential pay are reduced from the base pay. As a common rule, an employee’s base pay is the minimum amount they should expect to receive during a stated pay period, exclusive of any bonuses or physical reimbursement that may increase the total salary above the base salary.

Hourly employees are reimbursed for the total number of hours they work over a pay period and may obtain overtime pay. They must keep cautiously keep track of their hours to be salaried correctly.

Salaried employees are usually required to work a minimum number of hours in return for their base pay, but they may work additional time without more salary and are not required to keep track of the extra time that they have worked for.

How does Basic Pay work?

No doubt, Base pay is determined by different factors such as market rates, distinct professions, and many more. The companies or individual employers establish base pay and pay rates.

Few wise employers can assign aims and have measurable outcomes that compensate for base pay. This helps the employee and the employer determine that the work is done with precision and accuracy for which they will receive the base pay. 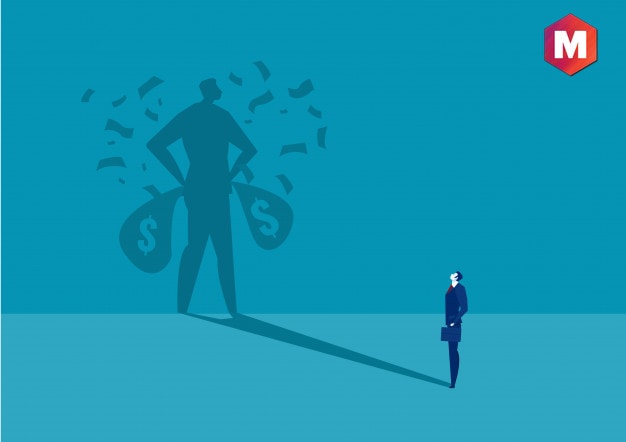 1. Work Experience or Years of Service

Education plays a vital role while securing a job as well as while determining the pay. Completed a demanded degree from a top-notch institute will have a positive influence on the pay scale. Careers who need specific knowledge and skills usually propose higher base salaries than clerical and manual labor. Likewise, profits and bonuses also incline to be higher for careers that involve higher levels of education.

An employee performing great in the company has a higher chance of getting a promotion than skipping work. Performance is considered to be an essential variable while increasing the pay. Educational qualification and work experience lean to be ultimately linked with the base pay. Correspondingly, an applicant with decent previous job assessments and referrals is expected to fascinate a higher base salary than an applicant with flawed assessments.

4. Locality and sales and demand

Also Read  What is a Work Portfolio and How to Build one?

If the boss of the company is higher on hierarchical position, perhaps, her/his decisions regarding your pay have minimal chance to get overridden in the salary review cycle.

6. Determined by the number of reporting done

If someone is managing a higher number of employees, then his/her pay will be higher too in specific jobs. The standard of success depends on how the employees are performing and are managed by that person.

7. Some certifications and Professional Associations

Professional Associations and certifications do have a positive effect on base pay. If a company asks for a certification job, the pay might not be set much lower. Some companies don’t need people with certifications.

8. The difference in Working Shifts

In some jobs, the employees are expected to work in less regular shift times. This can seriously affect the base pay. These employees are usually paid much higher than the workers working in regular hours. Some physical and social costs may be involved for working in these less favorable timing of work.

When the workers are asked to work under hazardous working conditions, their base pay always remains higher than the normal ones. The hazardous conditions can include handling some dangerous chemicals.

Base pay can be a proper Investment

Base pay can act as a true investment because it is a commitment done by the employers to the employee at an agreed amount of price for good future services.

Flexibility does not exist in the base pay structure. It can be looked at as a permanent entitlement by the employers and employees of a company.

The regular payment method can be extremely beneficial for investment as the worker can plan something previously. Variable pay does not allow investment. Agreement of base pay makes the workers secure about their regular salary with the given quantity of time.

Base Pay and TDC

The value of base pay is relative to total direct compensation (TDC), which includes long-term incentives. Base Pay acts as a long-term incentive which makes its aim move forward-looking. The employers should think that the base pay is the amount which they are investing for services being hired for the next future period.

What do workers feel about the base salary?

Difference between Base Pay and Annual Pay

Base pay is considered to be the foundation of the salary. In contrast, Annual pay is the total salary received by an employee in a year, including bonuses, overtime, awards, or benefits. Annual pay also includes amounts for an employee’s medical, dental, and life insurance policies.

The total of these bonuses is added to the base pay, along with other forms of perks and benefits, like overtime or bonuses, to calculate the amount of salary received in a year. Annual pay is greater than the base pay.

Special Attentions associated with Base Pay

Every job role will not have the same amount of base salary. Usually, job roles providing higher salaries require advanced skillsets, and the ones providing lower salaries need at least basic skills. In competitive areas, highly skilled candidates are more likely to get increased base salaries than those with primary skills.

In addition to paying a higher base salary, companies may encourage prospective employees with incentives and bonuses and tangible rewards, retirement plans, benefits, and investment selections. These add-ons can improve and help the company have the best employees.

Basic salary states are the sum of money that an employee collects before reducing any taxes and including bonuses or incentives. It eliminates bonuses, overtime pay, or reimbursement from an employer. It is a constituent of the take-home salary.

An employee is expected to complete a whole job in return for avail of the salary. Usually, they are asked to work at least 40 hours a week to complete the requirements and goals expected of the role. Base salaries can differ significantly on the employer, the role, the location where the company is, the functions involved, and other aspects.

What factors would you suggest most important while finalizing basic pay?