People generally assume that the greater the number of people employed to carry out a particular task, the better. The collective effort will prove to be more efficient than individual effort. There are certain tasks that necessitate a group working together in order to carry it out.

The adage of too many cooks spoiling the broth does not apply in this scenario, because these tasks can only be carried out by multiple people. One supposes that with all of the members of the group putting in a certain amount of effort, the task will be finished on time and will meet certain standards of quality.

The productivity of the individual is lowered when they become part of a group. This defeats the purpose of group-oriented tasks that require individuals to put equal amounts of effort in order to achieve their goal. All the members of the group may underperform compared to how they perform when they work alone, or only some members may underperform. In the latter scenario, the members who are not underperforming have to compensate for their co-workers.

Ringelmann asked a group of men to pull on a rope and discovered that they pulled harder when they were alone than they did collectively. Later, experiments carried out by Alan Ingham, James Graves and their colleagues confirmed that this reduction of effort did not occur because of any failure of communication within the group, but because of actions on the part of the individuals.

Other experiments were carried out by people like Bibb Latane? led to the idea that this phenomenon of people putting in less effort when working in a group had less to do with problems in coordination within the group and more to do with the reduction of pressure to perform on each individual when they work with others to achieve a common goal than when they work alone. 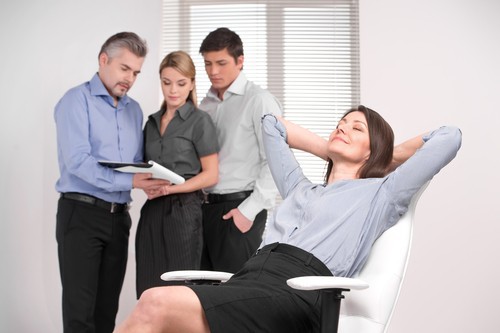 The concept of social lofing has to do with certain individuals in a group putting in less effort than they would if they were working alone. While it seems a natural assumption that people working in a group, combining their skills and reducing the overall duration of the production process, would be more efficient than individual-oriented task performance, people appear to feel less compelled to put in the optimum effort when they are working in a group.

The expected level of performance is not reached because the members of the group are likely to let their co-workers carry the responsibility of working harder to make up for any failure on their own part.

Social loafing has to be distinguished from failures of a group to perform at expected levels because of internal issues of coordination and communication. Social loafing occurs due to failure on the part of the individual worker, not any failure on the part of the collective. It has to do with members of the group feeling less pressure to perform because there are others to share the burden. This viewpoint is likely to breed resentment within the group and reduce overall performance even more.

2 Different Types of it With Examples

This effect occurs when individual members do not feel the need to put in the expected level of effort precisely because they are working in a group. They assume that since they are working as part of a collective striving to attain a common objective, the collective will ensure the objective is attained even if the individual worker fails to meet the standards of performance expected from them.

The other members of the group will compensate for their shortfall. They do not need to work as hard as they would if they were trying to achieve a goal alone because the presence of co-workers means that their underperformance will be compensated for by the co-workers. This leads to the sucker effect.

This effect occurs when the members of the group whose performance is up to the mark also begin to underperform, because of the behavior of the free-riders. The failure of certain members to perform at the level they are expected to, followed by their reliance on the members who are performing at expected levels to cover for their shortfalls leads to resentment among the non-underperforming members.

They lower their own standards of performance because they do not wish to be subject to exploitation by the free-riders. The existence of two groups, an ‘in’ group and an ‘out’ group, the former carrying most of the workload because of the behavior of the latter, ultimately lowers overall efficiency and production even more as the ‘in’ group lowers their efforts in response to the ‘out’ group’s attitude.

Thus social loafing manifests in two ways, with first certain members of the group failing to perform at expected levels and then other members who were in fact, performing at expected levels reducing the amount of effort they put in as a response to the underperforming members who assumed these other members would carry the weight of their underperformance.

People feel pressure to do their best when they are working alone but feel as if they can take a more relaxed approach to work if there are others to make up for the deficiency. But this means putting an unfair workload on the members who are not underperforming and they lower the amount of effort they put in themselves as a direct result.

There are a number of variables or factors involved in social loafing. People working as part of a group putting in less effort to achieve a common goal than they would achieve an individual goal occurs because of a number of reasons. The variables underlying underperformance from different sub-groups within a larger group of workers are as follows:

In a group, the individual worker feels less motivated to perform at optimal levels. The presence of other members means that the individual takes on a more relaxed attitude. There is less compulsion to put in the most effort that they can. When someone works alone the social pressure to perform and succeed rests solely on their shoulders.

The presence of a collective reduces this social pressure by distributing it and thus lowers motivation. People might also be opposed to working in a group. If someone dislikes working with others they will be less motivated to co-operate with their co-workers in a way that ensures maximum productivity. Also, if the individual feels the group’s objective is not worth the effort then they are less motivated to put in the effort and they can get away with it because there are others to cover for their shortfalls.

On the other hand, if the group is small then there are not enough members to form an ’in’ group capable of performing at levels sufficient to reduce social pressure to the point where an ‘out’ group that keeps growing can exist. Motivation is higher when the group is smaller because people cannot get away with underperforming as easily.

3) The lowered sense of efficacy

In a group, people may feel as though their efforts are unnecessary. When large collective works towards a common goal individual members may get the impression that their performance is pointless and does not actually affect the overall progress towards a goal.

When individuals feel that their contribution does not matter they put in less effort than they would if they were working alone. When an individual carries out a task or a smaller group carries out a task they feel their efforts have tangible results. In a larger group people feel less essential and thus their performance falls below the expected standards.

Studies suggest that social loafing occurs less among women compared to men across cultures. Social standards require women to perform at higher levels than their male counterparts for the same level of compensation. Thus women are less likely to reduce the amount of effort they put in when they work in a group setting than men are.

Women are not as individualistic as men according to Gabrenya, Wang and Latane? because of genetic and historical roles. Their performance in a work setting does not suffer as much because they do not act according to individual feelings to the extent that men do.

Christopher P. Earley theorized that social loafing would occur less in collectivist cultures. These cultures emphasize the value of collective achievement over individual achievement. He carried out a study using the United States and China, known for being individualistic and collectivistic respectively, as subjects.

The result of the study was that when responsibility was shared by a group, highly individualistic people performed poorly in comparison. Collectivists performed better in situations with high shared responsibility. Additionally, the theory was not entirely accurate. The success of collectivists would appear to be linked more to the mindset than nationality, as individualistic Chinese workers do underperform as a result of social loafing.

Here is a video by Marketing91 on Social Loafing. 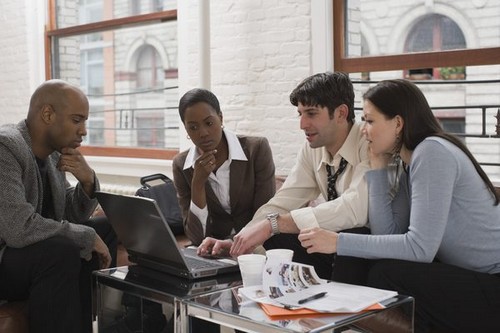 Thank you for reading out article on “social loafing”. :)