People can also be inspired to engage in behaviors that they have already learned by observing a model performing those behaviors. People evaluate the behaviors displayed by the individuals and organizations surrounding them and based on whether the latter receive rewards or punishments for their behavior, the former decides to emulate them.

Human beings do not learn in exclusion. The acquisition of new models of behavior is not solely based on a trial-and-error method. Instead, it is very important that humans, social animals that they are, progress in learning new behaviors through reproducing the actions they have watched others carry out. Neal E. Miller and John Dollard suggest that there are four factors that underlie learning processes.

They are drives, cues, responses, and rewards. People are driven by social motivation, including imitativeness. This involves not only learning a new behavior but deciding where and when to implement the behavior by matching it to an appropriate cue. The learner will imitate the behavior they have observed based on whether the response they receive as a result of the behavior is positive or negative.

Human beings strive to achieve improvement of the quality of life for themselves, and positive responses are congruent with this, while negative responses are not. If the new behavior is rewarded through positive reinforcement, be it verbal praise or a material benefit, then the individual will be motivated to reproduce the behavior constantly in the future.

Albert Bandura’s work on social learning suggests that the more a person believes that they are capable of acquiring a new model of behavior and availing themselves of the positive consequences associated with performing that behavior, the more successful they will be at observing and imitating a particular action.

This extends to group settings, where belief in the collective capability of the group to acquire and implement new behaviors usually positively impacts the overall performance of the group. The belief in the ability of other entities to assist in learning and reproducing behaviors is another factor in this context, which is significant because human beings function in interdependent manners.

What is Social Cognitive Theory? 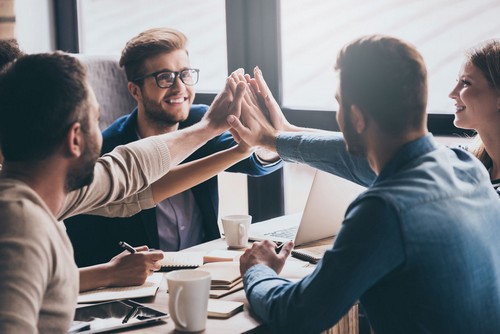 Social cognitive theory is based on the concept that the process of observing and imitating the behavior of other entities is significant to the process of learning new behaviors on the part of a particular entity. It is connected to Albert Bandura’s concept of the Social Learning theory, cognition being emphasized in this case because of the important role that acquiring knowledge through thought, experience and senses plays in the formation and implementation of new models of behavior.

Human behavior is dependent on what a person observes others performing, how much belief the person has in their capability to replicate the behavior, the outcome of the behavior and associated positive or negative consequences for the performer and how the external environment affects the reproduction of the behavior on the part of the observer.

As people can learn through observation, performance is not essential to the acquisition of new knowledge. People do not always learn by attempting a new behavior until they succeed, but also by watching others successfully perform the behavior. This means that they may pick up on all the important details and retain them so that they will be able to reproduce them later, provided they are sufficiently motivated to do so, and then refrain from performing the behavior at that point in time.

An apparent change in behavior is not the only possibility of proof of the acquisition of new behaviors. Observation is necessary for learning to occur, but imitation is not. A person might learn how to code software from watching another person do it, but they do not have to immediately start writing code themselves in order for the learning process to be complete, as far as social cognitive theory is concerned.

Modeling is a significant component of social cognitive theory. People learn from observing the behavior of models. They may be live models, demonstrating a behavior in front of the observers, they may be symbolic models, that is, models who appear in the media and demonstrate new forms of behavior to the consumer of literature or television or movies or the Internet, or they may impart knowledge to the learner through verbal instruction, describing a new behavior and explaining how they are to reproduce it.

The degree to which an entity learns and implements new behaviors is influenced by the extent to which they are able to identify with the model they are observing. The more someone feels an attachment to a model, the more likely they are to observe and imitate their actions.

The successful people have when it comes to learning new behaviors depends on how much self-efficacy, that is, the belief in their own capability to succeed, that they possess. Individuals are driven by self-interest, so if a behavior results in positive reinforcement, the learner will be more motivated to replicate it.

Being capable of self-reflection and self-control, human beings do possess the ability to observe and imitate new behaviors even without any external reinforcement motivating them.

Social Cognitive Theory in the Workplace

The ways in which an organization functions and develops is affected to a significant extent by social cognitive theory. The manager provides training to employees through social cognition. New employees are paired with those who are already experienced in performing the expected tasks.

This is where vicarious learning becomes essential for both the individual and the organization. Learning from observing others is known as vicarious learning. After collecting information on the behavior of others, the kind of positive or negative reinforcement that the model is met with and the consequences of their behavior in general, the observer decides to implement the behavior.

Thus new employees are made to shadow older employees who can teach them new behaviors through live modeling and verbal instruction. Individuals in the workplace will seek to replicate the behaviors that result in positive consequences such as a raise, and they will inhibit behaviors that are met with chastisement or dismissal.

Self-efficacy, group efficacy, and proxy efficacy are essential in the workplace. When employees are motivated to put in the maximum effort they are capable of, both the employees and the organization benefit from it in the long run.

When the self-efficacy of an employee is high, and they believe that they are capable of observing and then implementing a new skill, they are actually able to learn the new skill quickly and well. Self-efficacy is affected by different factors like age, gender, job satisfaction and so on. Women, for instance, were expected to be less capable in certain fields for a long time, and still are, if to a lesser degree.

This societal expectation lowered the self-efficacy of female employees and reduced the overall levels of performance in the workplace. Gender often plays a role when it comes to the efficacy of employees to learn new skills. Older employees feel that they are less capable of learning new skills than younger employees are.

Because they feel this way, the effects of it show on their actual performance. When it comes to job satisfaction, positive reinforcement becomes significant. An employee experiencing positive emotions as a result of their employment is better motivated to learn new behaviors and imitate them because being satisfied with the job they have at the moment makes them want to extend and maintain the current scenario.

Job satisfaction and self-efficacy become interdependent, where the more an employee is satisfied, the more motivated they are to perform well, and performing well raises the quality of their job in general and earns them rewards, increasing their job satisfaction.

Group efficacy and proxy efficacy are important in modern team-based organizational structures. Belief in the capability of the group to attain a common goal affects how the group will actually acquire and implement knowledge. The extent to which each member of the team is motivated to learn and carry out the specific behaviors expected of them impacts the overall performance of the group.

Proxy efficacy is low when a particular group member is not capable of performing the behaviors expected of them and it is high when they are.

Positive reinforcement is very important in the workplace as employees are better motivated to learn new skills and implement them when the implementation is met with rewards, in the form of verbal praise or monetary gain.

Reinforcing the desired standards of performance is beneficial for the firm and the employees benefit from the rewards. On the other hand, failure to learn new skills being met with negative reinforcements like being verbally chastised or a demotion motivates employees to improve where observation and imitation of models are concerned.

Employees are also capable of learning on their own. They display self-control and learn a new behavior even when there is no external reinforcement motivating them. This is a desired attribute in employees and managers should respond positively to the initiative shown.

Allowing the employees to continue observing and imitating without constantly reinforcing their behavior makes for a more efficiently functioning workplace and a relationship of trust between the employee and the manager. 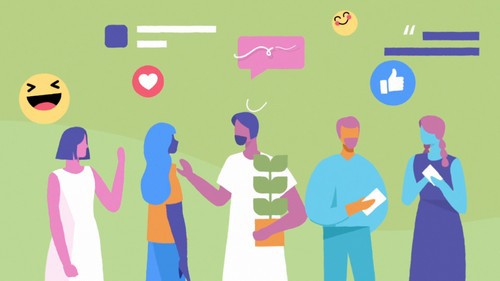 The process of observing and imitating others is governed by a number of factors. These are as follows: