Home » MANAGEMENT » Personal Development » What is Self-Concept and its Components?

Self-concept is the belief that people have about themselves. It is the personal knowledge of knowing who we are and considering all our feelings and thoughts about ourselves personally, socially and physically. Self-concept includes an understanding of how we behave when we are alone or when we are in public, our capacity is and how are individual characteristics. The concept of self develops most rapidly during childhood and adolescence, but the self-concept continuously changes and forms over time as we learn more and more about ourselves.

The self-concept should be understood as a structure of knowledge. People pay attention to self-image and notice their internal states and responses, along with their external behaviour.

It is because of such self-awareness that people can collect and know information about themselves. The self-concept is conceived from this information, and it continues to develop as people expand their ideas about who they are.

Self-concept is a stable and single conception of the self. While this was a unique and unitary concept, the scholars consider the self-concept as active and dynamic.

They believe that the structure is impacted by both the motivations of individuals and the social situation equally.

There are six main domains which are related to self-concept 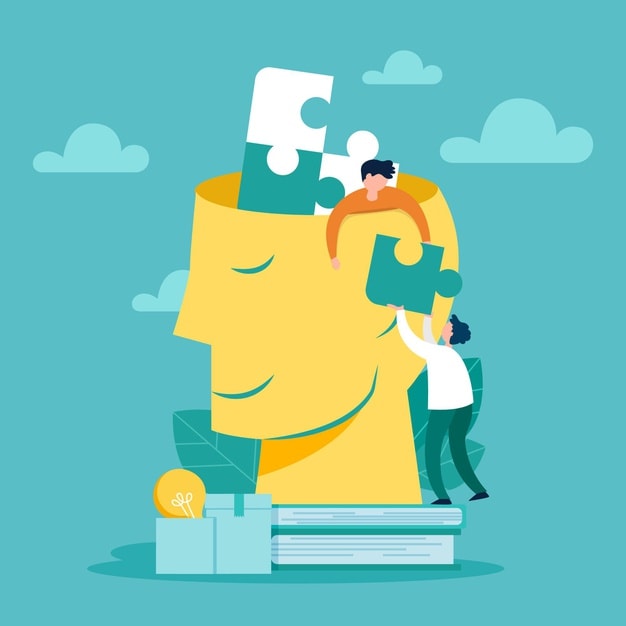 Carl Rogers, who was one of the founders of humanistic psychology, suggested that the self-concept often includes three major components. These components are as follows:

Also Read  Personal Appearence and How to Improve it?

Self-image is the way we perceive and see ourselves. It includes what we know about ourselves physically like the physical features, how are social roles like we are a brother, a son, friend, etc. And our personality traits which can be serious, Jolly, outgoing, introvert, kind, etc.

Self-image may or may not match reality. Some individuals consider an inflated perception of themselves for one or more characteristics.

The primary question of self-image is, who am I? The answer to this question probably includes four types of responses: 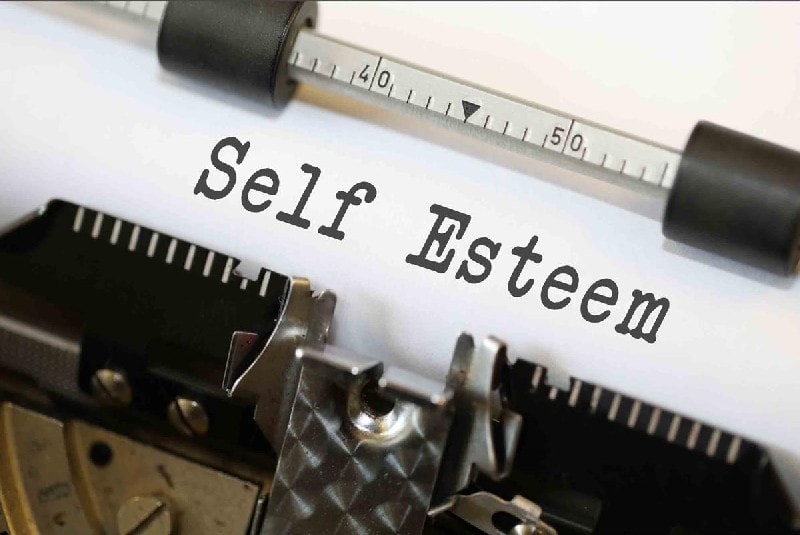 Self-esteem is the value which we place on self. The individual perceptions of self-esteem depend on the way we evaluate ourselves. These evaluations incorporate our comparisons to others and others’ responses to us.

When we compare ourselves with others, we find that we are better at a few things than others and people often respond positively to what we do, and this boosts our self-esteem.

On the other hand, when we compare ourselves with others and find that we may not be as successful in a particular area as other people, people respond negatively to our actions and that reduces our self-esteem. We can have very high self-esteem in specific areas and simultaneously have negative self-esteem in other areas.

High self-esteem can lead to self-acceptance, confidence in our abilities, not thinking or wearing what others think about yourself and an optimistic view on many aspects of life.

On the other hand, low self-esteem leads to lack of confidence, pessimistic attitude towards life, need for acceptance from somebody else, always worried what other people may think about you.

There are multiple ways of measuring self-esteem like the Thematic Apperception Test, also abbreviated as TAT.

1. The reaction of other people

If other people admire us or flatter us and always seek out our company or listen attentively to what we say and mostly agree with us then we often tend to have a positive self-image.

On the other hand, if they avoid us and neglect us and tell negative things about us which we don’t want to hear, then we tend to develop a negative self-image.

If the people that we compare ourselves with are more successful, more prosperous, happier and better looking than us, then we develop the negative self-image. But if they are less successful than us and less in almost all the aspects of life, then we tend to build a positive self-image.

The prestige is accompanied by some social roles like a pilot, Doctor, writer, etc. And this helps to increase self-esteem. On the other hand, other social roles have a stigma attached to them—for example, a mental hospital patient, a prisoner, an unemployed person, a trash collector, etc.

There are no rules which are simply out there. They become a part of the personality, and we identify with those positions which we occupy, the roles that we play and the groups where we belong.

The ideal self is the one that we would like to be. There is a lot of difference between the self-image of one person and his ideal self. The discrepancy can impact negatively and can affect self-esteem adversely.

Self-image and ideal self can be incongruent or congruent, according to Carl Rogers. Congruence between ideal self and self-image means that there is a lot of overlap between the two. It is tough but not impossible to achieve a perfect congruence.

The better the congruence on the higher will be the selfish actualisation. Incongruence between the ideal self and the actual self leads to discrepancy between one’s experiences and the self. This will lead to internal confusion which will prevent the process of self-actualisation. This is also known as cognitive dissonance. 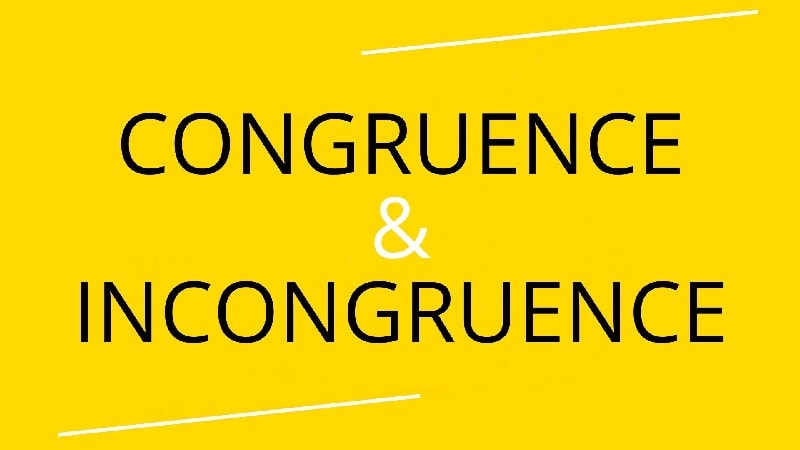 The concept of self is not always aligned perfectly with reality. Some students may believe that they are fantastic when it comes to academics, but their school results may say a different story altogether. According to psychologist Carl Rogers, the amount which the concept of self matches with the reality is known as congruence and incongruence.

He believed that the congruence starts right from childhood when the parents place certain conditions on their affection for the children. They express their love only if the children earn it by certain behaviours of theirs. More often than not, these behaviours are living up to the parent’s expectations. On the other hand, unconditional love helps to develop congruence.

Children who experience such unconditional love may not need to distort their memories so that they have to believe that people will accept and love them as they are.

The self-concept starts to develop as early as in childhood. This process continues throughout the entire lifespan. However, it is usually between early childhood, and it is the sense that the concept of self experiences the maximum growth.

By the age of two, children differentiate themselves from other people, and by the age of three and four, they begin to understand that they are unique and separate from other people. At this stage, the self-image of a child is very descriptive and based on the physical characteristics of the concrete details that he has been told.

Nevertheless, children pay attention to their capabilities, and by the age of six, they can communicate what they want and what they need. Also start to defend themselves and define themselves and social groups.

Where the age of 11, children make social comparisons and think about how other people perceive them. At this stage, the description of children of themselves is more abstract. They begin to describe self in terms of abilities and not merely concrete details. They realise that their characteristics often exist on a continuum.

For example, the child will see himself as an athletic or an astronaut or a doctor. The ideal self-image starts to develop at this age.

What is the sense is a significant period for self-concept. It is established during adolescence, and it is the basis for self-concept for the remaining life. During these adolescent years, people try different roles, selves and personas.

For adolescents, the concept of self is influenced by the success in the areas that they consider truly great. Approval and success can contribute to more strong self-esteem and healthier self-concept.

Malleable concept of self

The ability to cause up a specific set of definitions while ignoring others to make our concept of self is very malleable. In any given moment, our understanding of self is dependent on the social situations in which we receive and also on the feedback which we received from the external environment. In a few cases, this malleability means that specific parts of the self will be especially salient.

Also Read  How to be Consistent? 10 Ways To Be Consistent in Your Life and Work

The concept of self can be manipulated by asking people to remember the times when they behaved in a specific way.

If asked to recall those times when they worked hard, people can do so. And if you ask them the times when they were lazy, even then they remember. Many people remember both of these opposing characteristics or individuals and perceive himself as one or the other depending on his mind.

Lewis’s concept of self

The psychologist Lewis suggested in 1990 that the development of self-concept has two significant aspects.

These two aspects are as follows:

This is when the child realises that they may exist as a different entity from other people, and they continue to exist over space and time. According to Lewis, This awareness of existential starts from a very young age as young as 2 to 3 months and arises as a part of relation, which is the child has with the entire world.

When the child realises that he or she exists as an individual and a separate experiencing a living organism, he becomes aware that he is an object in the world. This is just like other objects, including the people who have properties which can be experienced like small, Big, Smooth, rough, etc.

This helps the child to become aware of himself as an object which has properties and can be experienced.

In very early childhood, these categories are applied by children on themselves and their very concrete—for example, height, colour, their favourite things, etc. As time goes on, later The description of self starts to include references to the psychological traits, how others see them, comparative evaluations, etc.