FIFA was founded in 1904 to supervise international competition among the national institutions of Belgium, Denmark, France, Germany, the Netherlands, Spain, Sweden, and Switzerland. Headquartered in Zürich, its membership now accommodates 211 national institutions. Member countries need to be contributors of one of the six regional confederations into which the sector is divided: Africa, Asia, Europe, North & Central America and the Caribbean, Oceania, and South America.

Strengths in the SWOT Analysis of FIFA 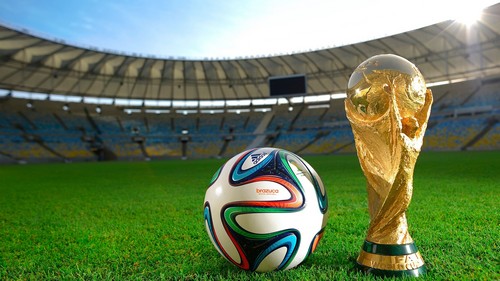 For over a century, FIFA’s v logo has constantly developed to reflect its international mission and announce the improvement and achievements of the organization. This evolution has been driven through the always changing position that soccer plays in the aspect of bringing people and changing lives for the better. The FIFA brand is famous with the claim “For the Game. For the World”, and all the programs and activities of FIFA fall under one of the three pillars of their mission and vision.

FIFA has the association with brands like Adidas, Coca-Cola, Emirates, Hyundai-Kia Motors, Sony, VISA and so forth Sponsors are separated into three companies – FIFA partners, FIFA World Cup sponsors and local supporters. FIFA partners have the highest level of affiliation with FIFA and all its events, as well as play a much broader role in assisting the improvement of football worldwide. The businesses are Budweiser, McDonald’s, dairy agency Mengniu, electronics manufacturer Hisense and telephone enterprise VIVO. All the top companies want to be part of the sporting event.

The FIFA World Cup is the world’s most widely viewed sporting event; an estimated 715.1 million people watched the final match of the 2010 FIFA World Cup held in Germany and the 2018 event in South Africa was broadcast to 204 countries on 245 different channels. Inside the stadiums, a total of 3,170,856 spectators attended the 64 matches an average of 49,670 per match.
There were more than 6 million people who attended the event in 16 sites across the world: ten within South Africa and a further six across the globe in Rome, Berlin, Sydney, Mexico City Paris, and Rio de Janeiro.

The FIFA logo is extremely prestigious and it appears on all the FIFA endorsed items. FIFA has been able to effectively give the market the brand and give it a visual identity. The “face” of the FIFA brand is recognized in all the corners of the world and is also a logo that represents credibility and authenticity. The event is one of the most highly broadcasted events.

Weaknesses in the SWOT Analysis of FIFA

1) The allegation of Corruption

In 2016 FIFA struggled with the ongoing repercussions caused when the protracted suspicion of fraudulent dealings, racketeering, and cash laundering regarding excessive-ranking.  On May 27, 2015, the U.S. Department of Justice (DOJ) disclosed a 47-count, 164-web page criminal indictment charging seven FIFA executives with having acquired $a hundred and fifty million in bribes over a length of greater than decades. Cases like this negatively impact the image of FIFA

Opportunities in the SWOT Analysis of FIFA 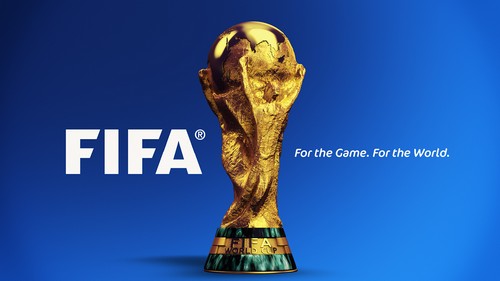 FIFA has expanded the Club World Cup into 24 groups. Most of the competitors had a 7-team format with stronger teams receiving byes to later rounds, which definitely needed a change. People are more interested in watching European leagues which run during the same time. FIFA can revitalize the competition and could also attract more viewership with more of the world’s big-name clubs involved.

Cricket remains the important contributor to sports activities viewership on Indian tv, but soccer got boost with the just-concluded 2018 FIFA World Cup in Russia.F or the primary 58 suits, the 2018 FIFA World Cup garnered a viewership of 194.1 million impressions, whilst the combined viewership for the first two India vs England T20 suits was 20.7 million impressions. Over 35% of general viewership for the FIFA U-17 World Cup got here from non-conventional soccer markets. Overall reach changed into over forty-seven million viewers throughout India. With the FIFA World Cup 2018 Russia, the scale became even extra.

Threats in the SWOT Analysis of FIFA

Millions of fans who don’t have the access to the official channel of FIFA, they turn into website and streaming apps that allow the people the chance to view the action for free in real time. A malware app was disguised as a streaming app and was distributed via a website showing popular players like Lionel Messi and Cristiano Ronaldo. There was another World Cup “prediction game” malware that was getting spread in the name of FIFA. FIFA should work on initiatives to stop these kinds of operations.

2) Racism on the game

FIFA should ensure certain inclusivity and human dignity for each person involved in the game. Racism and Discrimination are still mirrored in the game. It is necessary that both sanctions and prevention needs to be acknowledged to tackle such issues. Fans inside the Saint Petersburg Stadium made monkey noises and yelled racist chants at black gamers such as N’Golo Kante, Ousmane Dembele, and Paul Pogba – all of whom will line up for France on the World Cup in Russia. FIFA fined Russia 30,000 Swiss Francs (approximately $39,000), taking into consideration “the limited number of fans involved”. Occurrences like this negatively impact the image of FIFA.