Fanta the brand is a fruit-flavored carbonated drink created by The Coca-Cola Company and marketed globally. There are more than one hundred flavors globally. The Fanta drink originated as a cola alternative in Nazi Germany below a World War II exchange embargo for Coca-Cola substances in 1940.

Fanta comes from the German word called “fantasy” which means imagination. Fanta became the second drink to be produced by means of Coca-Cola, the first being the authentic Coca-Cola.

Strengths in the Swot Analysis of Fanta

Fanta is flagship Non-Cola product of Coca-Cola, the company has the aggressive edge over its competitors when it comes to Operations, Cost manipulates, Brand portfolio, Channel advertising, Collaborative client relationship and penetration within the marketplace.

The strong parent brand gives Fanta a huge advantage over other fruity drinks.

Fanta is the second oldest brand of the Coca-Cola Company and is enjoyed more than 130 million times every day all over the world. Fans love the flavor a lot that there are now 90 specific flavors available internationally.

It was launched within the island of Ireland in 1963 and also is available in a no-Calorie model, Fanta Orange Zero. The main flavor is orange and Fanta is available in over 100 flavors in 180 different markets.

Fanta made a big event in 2017 with a new visual identity, new bottle, new branded content co-created by young people, and new recipes in certain markets.

And what better way to unveil this evolution with an immersive event focused on the brand’s past, present and future Like Fanta, the event aimed at being a multi-sensory, lively experience that reminded us of Fanta’s history, but also pointed out where we are going and how we are co-creating and communicating Fanta’s innovations through young people,

The audience is often connected to social, mobile and virtual outlets. Games and music play a key role in their lives. The relationship young people have with Fanta, the logo and the product, is very exciting.

Fanta plans to stay connected to the youth by paying more attention to the fun aspect, technology and focusing on the youth having a good time with friends.

Fanta has built expertise at getting into new markets and performing well. The growth has helped the corporation to construct new revenues and diversify the economic cycle hazard within the markets it operates in.

Weaknesses in the Swot Analysis of Fanta

Soda sales have been declining for the past seven years, however, the rate of the decline has quickened since 2011. To put this in perspective, carbonated smooth drink sales grew about three percentage yearly within the U.S.

The increasing number of fitness-conscious customers flip to different beverages gave the impression to be greater healthful. In the carbonated soft drink class, six of the top 10 brands lost volume. Overall, sales of carbonated smooth liquids fell 2 percentage in 2018.

Fanta is not good at product demand forecasting resulting in higher rate of overlooked opportunities compared to its competitors.

One of the purpose, why the stock is high in comparison to its competitors, is that Fanta isn’t good  at demand forecasting due to which they end up retaining higher stock both in channel and in-house

Opportunities in the Swot Analysis of Fanta 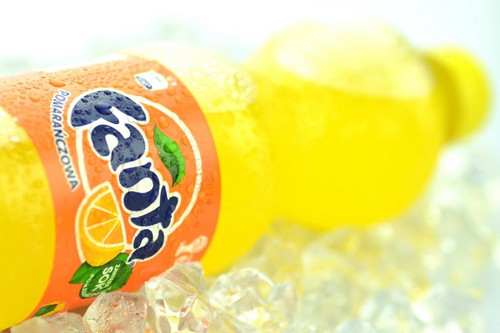 The tingly fruity taste of Fanta Orange makes it a popular drink. It’s made with 5% juice and in 2007 they even modified the recipe, which means it now consists of 33% much less sugar than the authentic product.

There are more than 90 flavors of Fanta globally and in Great, Britain people can enjoy Fanta Lemon and plenty of other taste. The zesty orange flavor of Fanta Orange Zero allows people to enjoy the fresh Fanta flavor with 0 calories. Fanta has constantly been fun, bold and vibrant, and now they are making it extra specific and natural too

The youngsters’ favorite, Fanta now has an advanced appearance, with a new logo, pictures, and coloration palette. It is available in an array of vibrant, bold visuals offering brilliant images and a variety of amusing, simple slogans that enchantment to the youth.

An interesting point is that the new logo has been crafted in a unique manner. It’s been designed to reduce paper and a virtual logo to depict movement and spontaneity and to have fun the new Fanta method.

Threats in the Swot Analysis of Fanta

Pepsi is the Coca Cola main competitor in the soft drink beverage. A few years ago, because the sales decrease, the brand determined to reposition its merchandise: the ordinary recipe was renamed “Regular” and this one without sugar “Max”.

Fanta has not been able to tackle the challenges present by the new entrants in the segment and has lost a small market share in the niche categories. Fanta has to develop an internal feedback mechanism directly from the sales team on the ground to solve these challenges

FSSAI has notified that beverages with fruit juice amount below 10% but not much less than 5% and 2.5% in case of lime or lemon, need to be called carbonated beverage with fruit juice but, this was plenty better than what the enterprise had requested for.

Indian Beverages Association had requested the regulator to decrease the fruit juice content material threshold in carbonated drinks from 10% (minimal) to a few % Companies are now waiting for clear guidelines.