Minute Maid is a brand that sells beverages in the form of fruit juices and is available in a variety of flavors.The most popular flavors are lemon and orange. Minute Maid is sole under the name Cappy in Central Europe and Fruitopia in Norway. The brand is owned by Coca-Cola and is differentiated by its texture which comprises of the fruit pulp and not just the juice.

The company is headquartered in Houston Texas and is one of the top brands in the fruit juices segment.The fruit juice recorded a sale of 142 million USD and is the market leader in India. The popular flavors sold in the region include lemon, apple, mango, and orange. The closest rival for Minute Maid is Tropicana from Pepsi foods. There is a close competition between the two brands and both are on par with each other with respect to market share.

Strengths in the SWOT analysis of Minute Maid :

Strengths are defined as what each business does best in its gamut of operations which can give it an upper hand over its competitors. The following are the strengths of Minute Maid:

Weaknesses in the SWOT analysis of Minute Maid :

Weaknesses are used to refer to areas where the business or the brand needs improvement. Some of the key weaknesses of Minute Maid are:

Opportunities in the SWOT analysis of Minute Maid : 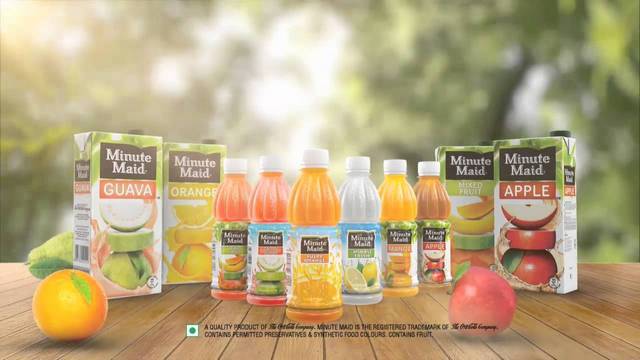 Threats in the SWOT analysis of Minute Maid :