McCain Foods is a frozen food company present in over 160 countries across the globe. McCain specialises in Potato based products and its frozen French Fries are renowned globally. The company is based out of Ontario, Canada and is focused on providing good food with an impeccable standard of quality.

Strengths in the SWOT Analysis of McCain Foods :

The leader in Frozen Foods production: McCain Foods the leading producer of Potato based frozen foods especially frozen French fries which is its most popular product. It also produces other frozen foods such as pizza, appetisers etc. With such products, McCain has become a dominating player in the market and has substantial bargaining power.

Global Presence: With the presence in over 160 countries around the world, McCain Foods has a strong and diversified global presence with operations in Asia Pacific, North America, Africa, Europe and the UK. The diversified presence allows McCain Foods to have higher access and reduces the business risks.

Introduced Localised products: McCain foods has brought in localised products in certain countries, like Samosa in India in order to attract the local market and increase revenue. 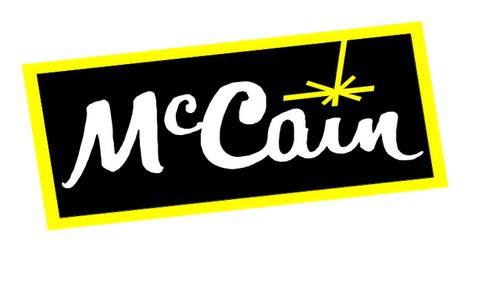 Weaknesses in the SWOT Analysis of McCain Foods :

Product recalls: In recent years, McCain has had to recall many of its products due to some or the other defects or contamination in the product. Such recalls affect the image of the company and affect customer confidence in the brand.

Health problems due to frozen foods: The frozen foods industry is subjected to criticism by various doctors and dieticians who consider frequent consumption of frozen food bad for health as it affects the blood pressure.

Opportunities in the SWOT Analysis of McCain Foods :

Growing frozen food market: In the recent years, the global frozen food market has shown constant growth especially in the Asia-Pacific and Europe where the CAGR has been over 3%. With such growth in the market, McCain is set to benefit from the demand created.

Growing Foodservice Industry: With changing lifestyles and rapid urbanisation, the food service industry is growing throughout the globe.McCain Foods is set to tap the demand created.

Threats in the SWOT Analysis of McCain Foods :

Increasing Health awareness: Health awareness, in general, is increasing throughout the globe especially in the developing nations and hence fast food and frozen food consumption may go down.

Intense Competition: McCain faces competition from frozen as well as food service industry, considering its product portfolio. The company competes with the likes of McDonald’s and ConAgra Foods. The company has to maintain quality and service in order to retain its market and improve sales.

Rules and Regulations: As a food products marketer, McCain is subjected to various food regulations in different countries with which it has to comply. This increases compliance costs for the company.