Frooti is an immensely popular mango flavored drink marketed in India by Parle Agro Limited. The drink was one amongst the first of its kind to be sold in tetra packs and popularised the concept of an “on the go” drink. Today Frooti is also sold in Pet bottles and smaller sized tetra packs. The drink which was first introduced in the year 1985 went on to win the hearts of millions of people across all age groups in India.

The drink is rich in flavor and is made from fresh mango pulp with no additives or preservatives. The drink is still available in only one flavor but in 80 ml, 160 ml, 200 ml tetra packs and bottles of sizes 250 ml,400ml, 600 ml, 1.2l and 2l. Frooti is currently exported to many foreign countries including the US, UK, Australia, and Canada.

The drink has always been made interesting through endorsements by leading celebrities and advertisements laced with humor and is associated with the Indian sentiments. The drink faces strong competition from Slice from Pepsi and Maaza from Coca-Cola.

Strengths in the SWOT analysis of Frooti :

Strengths are defined as what each business does best in its gamut of operations which can give it an upper hand over its competitors. The following are the strengths of Frooti: 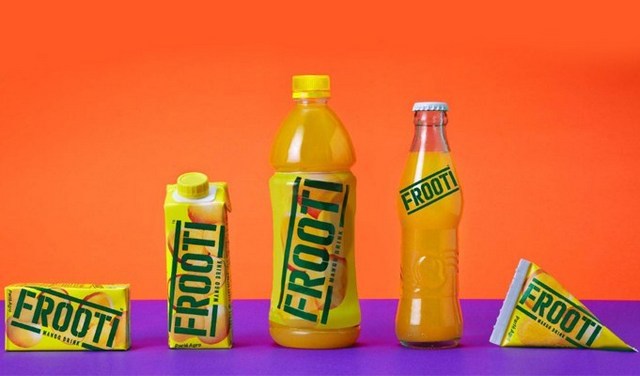 Weaknesses in the SWOT analysis of Frooti :

Weaknesses are used to refer to areas where the business or the brand needs improvement. Some of the key weaknesses of Frooti are:

Opportunities in the SWOT analysis of Frooti :

Threats in the SWOT analysis of Frooti :