Bajaj Pulsar is one of the flagship brands from Bajaj Auto Ltd which is one of the world’s leading producers of motorcycles. The brand which was launched in India almost 15 years ago continues to be one of the top selling sports bikes of the country. The motorcycle is available in six variants in the categories 135 cc, 150 cc, 180 cc, 200 cc, 220 cc and 400 cc. Pulsar which is positioned as a motorcycle for the male is differentiated through its size, power, and performance.

Pulsar was also the first indigenous motorcycle which is developed without the support of its Japanese partner Kawasaki. Bajaj which was also an established presence in the two-wheeler market with its iconic scooters tried its hand at motorcycles and many of its earlier models were failures following which they developed them in partnership with Kawasaki. However Pulsar was one of their maiden attempts in doing everything on their own and through fresh ideas and a new theme backed by good marketing and promotion, Pulsar went on to become a market success.

Strengths in The SWOT analysis of Bajaj Pulsar

Strengths are defined as what each business does best in its gamut of operations which can give it an upper hand over its competitors. The following are the strengths of Pulsar: 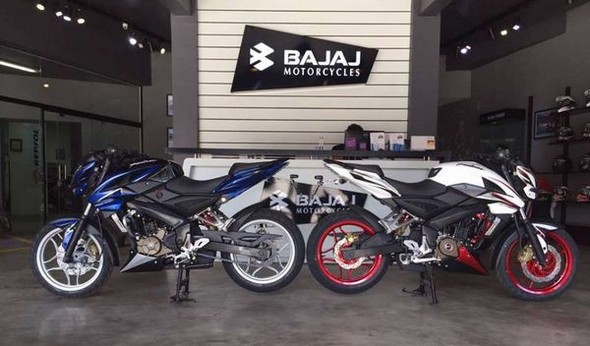 Weaknesses in The SWOT analysis of Bajaj Pulsar

Weaknesses are used to refer to areas where the business or the brand needs improvement. Some of the key weaknesses of Pulsar:

Opportunities in The SWOT analysis of Bajaj Pulsar

Threats in The SWOT analysis of Bajaj Pulsar