Product in the Marketing mix of LG

LG electronics deals in various electronic industries like vehicle components, mobile devices, consumer goods and home appliances. The company holds the distinction of being the first to make the CDMA mobile digital handsets and the first to develop the plasma TV of 60-inch. LG electronics is also the largest manufacturer of LCD panel in the world. In the year 2010, the company took initial steps in the smartphone industry. Its products include-

LG gives tough competition to Samsung and other top brand companies due to its ability to have a complete chain of products. If you look at the product range of LG, it is second to none. Thus, in the marketing mix of LG, you will find that product is the topmost advantage of the brand. 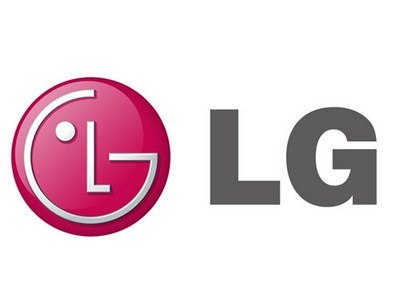 Place in the Marketing mix of LG

LG electronics serves a worldwide market with five business units in nearly a hundred and ten locations. Its aim is rapid and fast growth and as it can only be achieved through globalization. It started its overseas operation with USA. In order to sell its products LG has tied up with a number of distributors who are given the responsibility of distributing the products efficiently and timely with minimum of fuss. In India, the company realized that it had to be innovative in order to capture the market. Therefore, it sent vans with company logos to every part of the country, sometimes covering a distance of 5000km in a month, in order to increase the awareness about its brand.

Next, it opened its own manufacturing units in places like Noida, Bhopal etc. The company tied up with retailers for the direct sales of its products and distributors for the channel sales. LG has 46 branch offices that work directly with every field of distribution. A policy of regional distribution is maintained and they follow the policy of stock rotation. LG products are available very easily at all the malls and supermarkets. The company has its own well-maintained showrooms to provide every service to its customers. Online shopping for LG products is also possible at every shopping site. The LG exclusive showrooms are known to be the most profitable for retailers because of the product depth that LG has. Excellent distributors and the companies focus on supply chain are the two reasons for the success of the place element in the marketing mix of LG.

Price in the Marketing mix of LG

The pricing policy of LG consists of “cost plus fixed markup”. It means that the policy for pricing consists of cost of the product and a reasonable profit.A special team has been appointed to research the market in a detailed manner. Here the prices of its competitors are collected along with the consumer’s thoughts through extensive research. Every factor is thoroughly analyzed and after evaluating its own costing and the market research the actual price of a product is determined. When the company launched its products in India for the first time, they were all of high range but later as the company opened its own manufacturing units; it has been able to lower the prices of the products.

LG electronics has decided to follow a policy of price competitiveness for the rural areas.  In order to reach out to the rural base in every nook and corner it has decided to reduce the prices as increase in volume will result in huge revenues and profits.

Promotion in the Marketing mix of LG

LG electronics has always believed in the concept of promotional advertisement. It feels that a direct communication with the consumer is necessary to sell its products and hence its advertisements can be seen throughout the year in televisions, magazines, newspapers and internet. The brand also gives special discounts to retailers and distributors who advertise regularly and who open exclusive shops for LG. The advertisement is the maximum for newly introduced products and for products which give high turnover like panels and refrigerators.

In order to maintain its brand name the company is accustomed to invite famous personalities from the field of entertainment and sports. For example, In China Kim Tae-Hee, a famous actor is its brand ambassador, whereas in India, Akshay Kumar, the famous Bollywood actor has acted in the LG commercials. LG became the first brand to sponsor the 1999 and 2003 world cup of cricket. LG has also sponsored the ICC Awards and the Formula-One for five years from 2009-2013.