Nothing attracts people more than a classy SUV wheels rolling over the roads. Land rover is one of the best four-wheeler brands in the market. Land rover is the brands of Jaguar Land rover a British company. In 2008, its ownership shifted to Indian based company Tata Motors.

The very first product of land rover was launched in the year 1948. Since its inception, the company is known for delivering the best quality vehicles. The whole idea of Land rover was greatly influenced by the military products.

Product in the Marketing Mix Of Land Rover :

Range Rover Evoque has given a sheer competition in the market as it hits the list with the contemporary design blended with the exclusiveness to hit the customer market. It has given vehicles which depict exclusiveness with the sheer style and elegance holding a bigger consumer market.

Place in the Marketing Mix Of Land Rover :

With the recent shift in the ownership of the company, definitely, the company has extended its market. The company has deeply rooted consumer market in the Asian sub- continent with the stronghold in the home country. They have come up with the plans for exclusive dealership showrooms to reach out to the maximum consumers but still their pricing remains focused on the exclusive group of consumers.

Price in the Marketing Mix Of Land Rover :

The company has delivered the best products for the top officials, monarchs etc. which definitely increases the brand value of the product. Being an automobile unit and the luxury brand it offers premium pricing policy to the customers. Their exclusive products create a distinction which not only are high-tech but gives an aura of exclusivity. Thus, the brand focuses on particular luxury lover consumers polishing the prices to be premium.

Promotions in the Marketing Mix Of Land Rover : 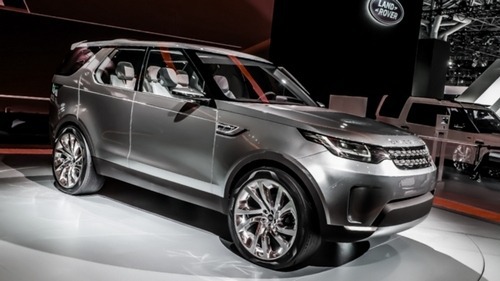 Land Rover though doesn’t need any popularity as the brand name itself is a sufficient thing promotion. Land rover promotional team includes the top-notch management researchers who from time to time targets at the different promotional aspects. The promotional team of Land rover has quite a good hold over the web, television advertisements and through the print media.

Sponsorships and road shows by land rover are one the key ways by the promotional team to ensure the popularity and to reach out to the target consumers. The speed with class is the promotional attire of Land rover range. The markets use the product as the contemporary vehicle, which bests suits to the present age and hippie culture. They carcases sporty and army look in the vehicles.