Jack and Jones is a subsidiary brand of its parent company Bestseller. It is associated with retail and lifestyle industry and deals in apparel and footwear for men. Main USP of this brand is its style quotient that defines its brand as confident, casual and cool. It has been ranked as number one menswear brand in Europe.  Jack and Jones caters to urban men who are fashion conscious and demands the best look for themselves. Brand became a reality in the year 1990 and at present its rival companies in this field are as follows-

Product in the Marketing Mix Of Jack And Jones :

Creation of Jack and Jones menswear brand was history in making and with time the brand became one of the strongest brands for jeans in the consumer market. In the year 2007, it established “JJ ECO”, a new label. Jeans are the backbone of Jack and Jones business and it continues to raise its bar with help of high-level of expertise in terms of designing, quality, style and craftsmanship.

The company has a vivid range of product portfolio that is represented and defined by unique brands. Independent teams with own designs, concepts and ideas have created a full range of apparel, footwear and accessories for every occasion and it includes items like sportswear, jeans, sweatshirts, jackets, knitwear, casual shoes, boots, trousers, denim shirts, trainer shoes, t-shirts, suits, casual shirts, formal shirts, blazers and hoodies. Its various brands in market are as follows-

Place in the Marketing Mix Of Jack And Jones :

Jack and Jones is a well-recognised menswear brand with international presence in several hundred outlets that have spread over cities and countries around the world like France, Germany, Austria, Canada, Denmark, Italy, United Kingdom, India and Ireland. The company has a strong distribution channel that helps in distribution and marketing of its products via wholesale partners in the world. Its products are sold in nearly two thousand retail outlets out of which two hundred and seventy are set up in franchisee mode. Jack and Jones’s products are also sold via online portals like Jabong.com and its own online website.

Price in the Marketing Mix Of Jack And Jones :

Jack and Jones brand caters to well-educated, smart and fashionable men. It has kept its prices relatively fixed. The brand is a leader and serves extensively with a diversified product range. Jack and Jones have adopted a competitive pricing policy for its products as it has to face rivalry from other established brands and from new entries in the consumer market. Thus it has kept its prices marginally lower from competitors so as to maintain the loyalty of its customers. The company has a reasonable and affordable price range because it is looking at youngsters from 18-27 as its target group and buyers in this group are price sensitive and they do not want to shed extra bucks.

Promotion in the Marketing Mix Of Jack And Jones : 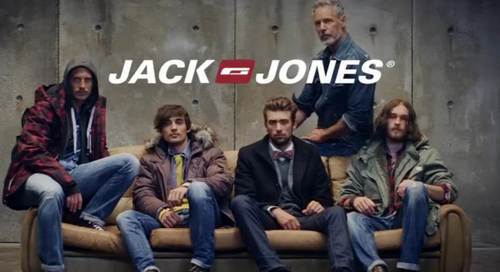 Jack and Jones is a strong brand that has marketed its products with beautiful and classy ad campaigns. The company has advertised heavily on social media via its own website and also through other advertising tools and portals. Jack and Jones have been an avid participant of several events and sports to create positive brand awareness amongst its customers. Bestseller along with its brand Jack and Jones was co-sponsor in years 1998-2000 for Professional road bicycling team. JJ ECO, a new label of Jack and Jones are sponsors for Danish sportsmen Kevin Magnussen and Mikkel Kessler.

It has roped in Copenhagen choreographer Luc Boris Andre for its Core collection. Premium collection has collaborated with Michael Hainey for a series of videos that will make its mark via print campaigns in its stores and hoardings. It has also added Indian actor Ranveer Singh as its brand ambassador in India.