Home » Management » What is Conflict Management and Steps to Resolve It

Conflict management is defined as the necessary steps taken to handle the disagreements between two or more parties.

Conflict is defined as a disagreement that results in negativity between two or more people. This disagreement or dispute may be related to anything. The important part is both of the parties do not agree with each other on a certain point and start to prove how they are correct. This is what gives rise to conflict. We encounter conflicts every day in our lives. The intensity of those conflicts vary. A small disagreement between two people related to a single topic is a widespread phenomenon.

For example, two people may disagree about a TV series being good or bad. It is essential to understand that both of them argue based on their opinions because facts never lead to disagreement.

For example, there may be a disagreement between two people if marvel movies are good movies or not or if Robert Downey Jr. should Win Oscar for Iron man’s performance. Both the arguing parties will present their opinions about how the movies are good and have the movies are bad.

However, factual questions like how many vowels and consonants are there in the English alphabet or what is the distance of New York from Las Vegas would never lead to an argument.

What is Conflict Management?

Whatever the reason for conflict, conflict management is essential not only in personal life but also in your workplace. Conflicts are prevalent in the workplace, whereby colleagues and bosses argue with each other or everyday matters.

It is crucial to resolve them at the first stage itself so that the situation does not get aggravated. Ignoring the conflict can prove to be very costly not only for a person but also for the organization.

Whenever a conflict is left unaddressed, it becomes a ticking time bomb that will destroy something essential for the organization in the future. Handling conflicts is significant and often successful during the initial stage.

Resolving an old conflict is an enormous drain for the organization. Usually, the HR department is the one that handles the disputes between employers. 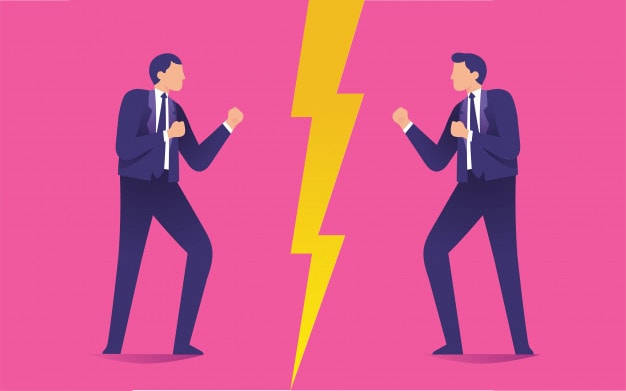 Multiple factors cause conflict. It could be the person’s personality and upbringing or the situation that gives birth to the conflict. Solving conflicts is an entirely different ballgame altogether. Our character and upbringing also show the way we handle conflict. Some families find it reasonable to discuss the issues bothering them while others avoid conflict and never bring it up again.

For example, conflicts are widespread in sports teams. One player will not be satisfied with another player’s playing styles, which would lead to conflict. Conflicts are also very common in business environments where collaboration is required.

Collaborations are what causes conflict. However, resolving those conflicts is very important. The problem is both parties in conflict with each other believe that their way of thinking is correct, and they firmly believe that what the other person is saying is not only opposing them but also is useless or incorrect.

Apart from misalignment of opinions, conflicts also take place because of misconceptions and false assumptions.

If you have chosen to resolve the conflict between two people, then the first important question that you have to ask yourself is, how much does the person matter to you? Out of all the persons who are involved in a conflict, there could be at least one person who might matter to you the most. However, you have to understand that personal relations and preferences should be kept aside while resolving conflict. If the person is important to you or not,  that importance should be kept aside, and the conflict should be resolved. The person in resolving the conflict is expected to be as impartial as possible.

Sometimes conflicts are resolved very easily, and any intervention is not required. On the other hand, there are times when conflict resolution takes not on one person’s intervention but many people from many levels. This is true, especially in conflicts at the workplace. Sometimes many people from many different levels get involved in resolving the conflict, and if you are involved, then you have to deal with consequences too. There are always potential risks involved in conflict resolution, and you should be aware of them before. There may be positive and negative consequences of concept resolution, and you should be prepared for both of them.

When you have stepped up to resolve conflict, you have to realize that it may get extended. Sometimes the involvement of people prolongs the conflict resolution. Other times, the concept gets temporarily resolved but surfaces back later.

In any case, you have to be prepared to take it to the end. If you have volunteered to fix it or if you have been asked to resolve it, then you have to ensure that you stick till the end or you don’t take it up in the first place. Sometimes apart from time, you also have to invest your resources to resolve the conflict.

Sometimes it may get exhausting, and other times you might have to drop the work in your hand to go ahead and resolve the conflict. In either case, you have to stick till the end.

The nature of the conflict is an essential factor which dictates your involvement. Sometimes a personal conflict does not involve a lot of people. And if you are involved in such personal conflict, you have to ensure that you take it to the end rather than drop in between.

You may not have the required clearance or authority to intervene, and in such cases, you have to step out if asked. Thus the nature of conflict plays a crucial role in conflict resolution.

There are five different types of conflict management styles, as follows:

In Accommodation, one person has allowed the other person to win, and it will result in the first person losing everything. Still, this style resolves the conflict faster than other methods. This method is also beneficial when you couldn’t care about the issue, and you want to end the arguing so that you can move on with your life.

Sometimes the conflict is resolved quickly and does not require a lot of effort. This is the primary advantage of accommodating type of conflict resolution. However, this method’s disadvantage is that the accepting person is seen as a weak person if he agrees to everything that other person demands.

This is a style in which you do not perceive the conflict at all and evade it altogether. Even if you know about the conflict, you will act as if the concept does not exist, and you will postpone resolving the conflict again and again whenever it comes up.

You ensure that neither you nor anyone you know is involved in the conflict apart from the other conflicting party. This stage of conflict resolution is used when the matter of conflict is very insignificant.

It may not be trivial to another person, but it is entirely irrelevant and insignificant to you. Therefore you act as if you couldn’t care less about the matter. This also happens when you don’t have time to respond to the negativity of the other person. You either avoid the issue with resentment or with complete indifference. The advantage of this style is that it gives people time to calm down.

Time has resolved more conflict than anyone else, and therefore the time obtained by avoiding can be used to resolve the conflict entirely. Sometimes the issue resolves itself with time. However, the disadvantage of avoiding is that it will make the process of conflict worse than ever.

This also puts you in a bad light, saying that you cannot handle the conflict.

The primary advantage of compromising is that both the parties involved in the conflict will choose a mature path. The process of conflict resolution itself will be seen as an example for others to follow.

Compromise is a road for long-term future relations. Choosing this method of conflict resolution itself suggests that both of them are willing to work it out for a long time.

However, this method faces a significant disadvantage that none of the parties are pleased about the resolution. Both of them are partially satisfied, which is bad for both of them. The parties’ goodwill for their conflict resolution mediator lessens when they are made to choose this method of resolving conflict.

In this type of conflict resolution, you reject all the perspectives of the other party entirely. You want the resolution to end up in your favor. You do not take into consideration anybody else’s point of view and refuse to consider it altogether. It does not matter if your way is the wrong way or not.

You simply want the solution to go your way. It even doesn’t matter if your weight is ethically incorrect and may not be beneficial to a lot of people. Instead, your solution will end up harming a lot of people.

Irrespective of that, you compete for the decision to be delivered in your favor. The advantage of competing is that managers often make use of this style to show their strength. An ethical manager will use competing to show that he is not back down on his ethics.

There is no space for discussion in the case of people who compete. For example, the United States uses this approach wherein they have a firm policy of no negotiation with terrorists.

The disadvantage of a competing style of conflict resolution is that managers may exert unreasonable authority on their employees. This will not lead to employee productivity and does not give space for appeal, even if the appeal is ethical.

A midway solution that will be win-win for both parties is formed, and the conflict is resolved. Both of the parties usually sit down together and state their demands.

They negotiate to arrive at a better solution that hurts them the least and which is a win-win for both of them. Collaboration is correctly used when the relationship is more important than the dispute.

When both parties want to preserve the relationship rather than solve the difference, this method of conflict resolution is used. One of the advantages of using this method is it leaves everyone happy.

A proper solution to the conflict is found because of collaboration. On the other hand, the disadvantage of this method is that it is very long and time-consuming. Production deadlines are usually shifted because of these. 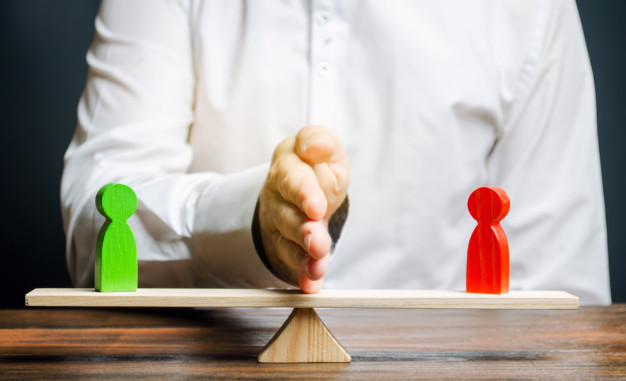 Apart from the strategies mentioned above, some steps can be followed to resolve the conflict. While the conflict’s nature is variable, this method can be used for most of the basic conflicts.

Conflicts are a daily part of our lives, and we encounter them every day. While conflict cannot be avoided, it should not be left unresolved for too long, either. Following the steps mentioned above, the conflict is resolved as early as possible since a stitch in time, saves nine.