‘Management by objectives’ (MBO) is a strategic management technique in which the main aim is to improve performance of the organization by defining objectives. It is also known as ‘management by results’ (MBR).

Understanding the concept of MBO

Management by objective is a term which was first coined by Peter F. Drucker in his book “Practice by Management” in the year 1954. It is a management philosophy based on a personnel management model.

This model represents the performance of an organization in which all of the employees and the managers work together so that they can set the record and achieve the objectives that are oriented for a particular organization in a specific period.

According to this technique, Drucker stated that when there is a particular goal that is being set for an organization and its follow up actions are planned, then this encourages the employees to participate and commit to the work with full dedication.

This also helps in aligning the entire objective in one particular direction for the entity. Now the entire core concept of this model is based on ‘planning.’

MBO requires the goals to be set first of all, and then the people working in that organization can work together to achieve that desired goal.

This process of management by objectives is quite a supervised and managed activity. In this type of model, it is shown that both the superiors and the subordinates, who are belonging to a particular organization, will work together so that they can achieve the desired objectives and targets of the entity.

It also specifies the responsibilities to each of the employees individually so that they know what they have to do, and unnecessary confusion can be avoided.

All of these measures are taken so that the unit can be run effectively due to the honest contribution of each of the employees.

The goals that are set through this model are monitored throughout till the time it gets completed perfectly. This is one so that its progress can be checked regularly and improvement can be made wherever and whenever necessary.

And the rewards and then given pending upon how effectively the goals have been achieved.

In general, the management by objectives is the establishment of a management system which issued to compare the actual performance and the achievements that have been n previously defined by the organization.

It helps a lot in increasing the motivation of the employees they are given with a target to chase and a well-prepared action plan that they can follow.

It makes them more committed to their work and also enhances a better flow of communication between the employees and the management. Now the book from which this concept has been taken, in that the writer proposes several principles based on the MBO.

In this, the objectives are meant to be challenging, but also it should be achieved at the same time. For this to happen, the employees must receive feedback regularly, and their main focus is on the rewards rather than the punishment.

More emphasis is put on personal growth and development. In this way, Drucker proposed the MBO as a tool that would do a lot of benefits to the organization.

What are the different conditions that must be met for the management by objectives (MBO)? 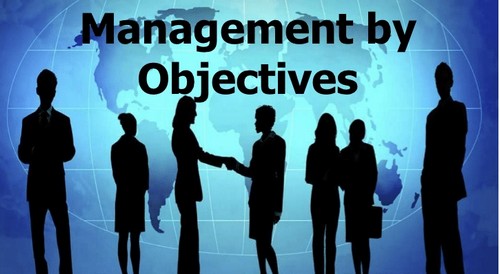 So the MBO basically relies on the fact that it is human nature that people often tend to perform in a better way when they are aware of the things that can expect in the form of the outcome and also when they are genuinely able to associate with their personal goals to that of the objective of the organization that they are working for.

What are the steps involved in MBO?

The MBO is a process that is followed by the employers and the managers in order t attempts to manage the subordinates by working towards a set of targeted objectives that will eventually benefit both the employees and the company as well.

It is all about striving to achieve those set of goals by working towards them constantly.

Now lets us discuss all of these steps in detail 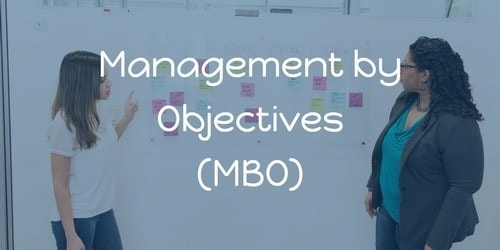 Also Read  What is Planning? Definition, Importance and Features

Advantages and Disadvantages of MBO

Now there are countless distinct advantages of the management by objectives. Out of which some of them are discussed below- 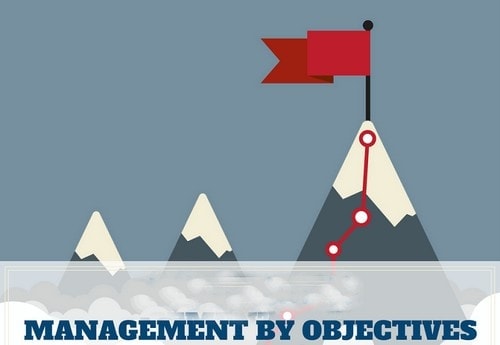 Now the management by objectives (MBO) comes with a lot of benefits. But there is still a disadvantage that is associated with the MBO. And that is how the MBO emphasizes the goals set.

The MBO generally unduly emphasizes the attainment of the objectives and does work on a systematic plan for the same.

Here is a video by Marketing91 on Management by Objectives.