UltraTech Cement was started in the year 1983 and has been able to wade through the stormy waters to emerge as the biggest cement manufacturing company in India. The cement industry is part of the Aditya Birla Group and has an annual production capacity of 64 million tonnes thus making it not only the biggest in India but also a leading cement producer globally.

The company’s dominance and presence are evident in its subsidiaries at 12 composite plants the company is running. These include two plants for wall care putty, one for white cement and one for clinkerisation in the United Arab Emirates among others.

It has 16 grinding units with 12 being in India, 1 in Bangladesh & Bahrain and 2 in UAE. It also has 6 bulk terminals, 1 in Sri Lanka and the remaining 5 in India. The company also brags of at least 101 concrete plants spread throughout a number of countries.

Product in the Marketing Mix Of UltraTech Cement  :

The UltraTech products are characterised by reliability, strength, and innovation. With a focus on research, technology, and technical innovations, the company has been able to move with time, manufacturing only the very competent products in building and construction. Below are some of its products:

These are sold under the following brands:

Price in the Marketing Mix Of UltraTech Cement :

Because of the numerous products it has, UltraTech Cement employs a varied pricing strategy. The most important factor of consideration when marking the price of a product is the products demand across the region. Places with surplus supply experience lower pricing whereas those regions where the demand is almost more than production experience higher pricing.

The southern regions are basically lowly-charged whereas the eastern and western sides experience higher rates. Discounts are always given when orders are placed in bulk. Regular customers who directly buy from the company are often given credits. External environmental factors, mainly raw materials and the overall cost of production are the other main factors used in determining the price of a product by UltraTech Cement.

Place in the Marketing Mix Of UltraTech Cement :

The company boasts of a very vast and excellent geographical reach. The company doesn’t just target India but it has been able to conquer the country and across the borders. It has been able to get to countries such as UAE, Bangladesh, Bahrain and Sri Lanka among others.

UltraTech Cement uses the three-level distribution channel that involves manufacturing-agent –distribution-retailer and ultimately the end user. Domestically, the cement is transported to the distributors/dealers from which sub-dealers will collect the cement. Internationally, roads and the railway are used to transport the cement to the nearest port of the importing country.

Promotions in the Marketing Mix Of UltraTech Cement : 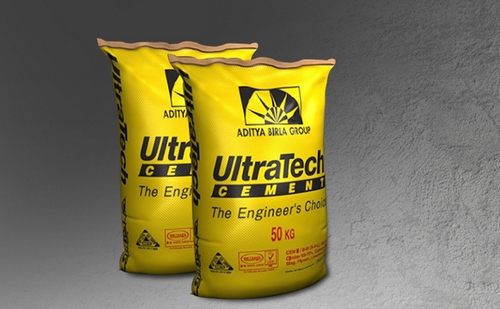 The product entered the market with the tagline “The Engineers Choice.” This depicts how premium quality the product is as the company suggests that qualified engineers have approved the brand. The company is also known to aggressively promote its products with such an aggressive strategy being an important aspect of its marketing mix.

Such a strategy has involved association with sports such as the most popular game in India-cricket, and hockey etc to market its brand as a youthful and energetic choice. It is also known to have promoted “Chak De India,” a widely watched film.

UltraTech Cement has also associated itself with Deccan Chargers team and Rajasthan Royals in the IPL. One thing that makes it beloved the most is its quality approval by architects, builders as well as engineers to the extent that it was honoured with the SUPERBRAND award for two successive years, 2011 and 2012.