Home » Marketing » Strategy » What is Diffusion of Innovation? Theory by Everett Rogers

There are many new products being launched in the market every day. To understand how these products are being adopted in the market, marketers must use the Diffusion of Innovation Theory formulated by Mr Everett Rogers back in 1962. One must understand, that this theory is as relevant today as it was back then.

The Theory of Diffusion of Innovation answers several questions.

If companies do not act properly, then they are likely to lose the advantage they might have after introducing a new innovation in the market. 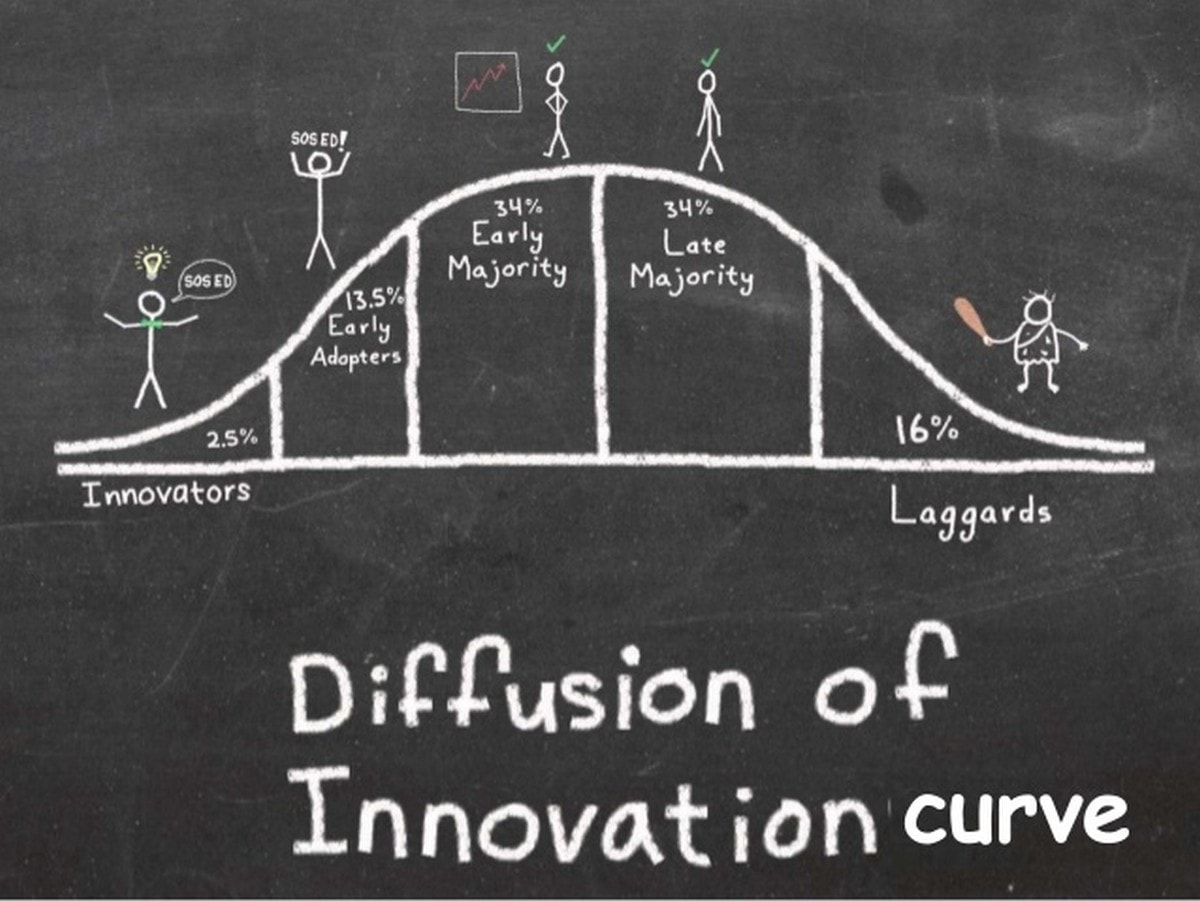 If someone is used to buying the latest in technology, they are known as geeks and are therefore early adopters. On the other hand, if someone adopts technology very late, then they are known as laggards. Like these examples, there are 5 total Adopter Categories of who help in the diffusion of innovation by Adopting the products.

These are people who are the first ones to test everything and who like to take risks. For example – Today on YouTube, many people do unboxing videos. These are the people who love playing with technology products and these are the likely people who will be the first in line to adopt a product.

Innovators by personality are passionate people who love to take risks and follow industries they are very fond of. An example of such a behaviour can be gamers who are very passionate and love to fiddle with gaming software and equipment. So if a new product is launched, a passionate gamer might be the first one to adopt.

For a company, these innovators are the audience whom they should keep happy and whose feedback matters. They might or might not consume the products themselves, but they might be the ones who influence future purchases.

Early adopters are the people who follow the innovators as they are the first ones to accept a change. They are comfortable with changing their traditional thoughts and beliefs but they are not as used to risk as to the innovators.

They have a strong influence on people who follow them and they generally see themselves as opinion leaders. These users do not need much evidence or written materials to convince them for the purchase. They may like the concept and go for it.

Furthermore, these are people who influence others to join them. Early adopters regularly follow innovators to get information on what is the latest happenings around them.

In tech products like smartphones, we see this perfectly. Once some reviews and few positive feedbacks are on board, then a vast majority of people immediately adopt the product. These are the early majority.

Also Read  What is Supplier Relationship Management? Importance and Process

They may not take decisions when there is no information available. However, if there is a good marketing pitch and some good reviews are on board, then the early majority adopts the product willingly.

An example of an Early majority is seen in the travel segment. People do not travel to new places unless they have heard good reviews about the same. Once some reviews have come, many people at once might want to experience the new place.

The late majority of people are the ones who adopt products once they have been tried and tested. They are averse to risk and also don’t like to change much. They move in life as per their own pace and do not have aggressive, risky behaviour.

These are people who adopt your product last. They probably adopt this innovative product because it is now the norm and not considered innovation anymore.

Thus, Based on the adopter categories, the Diffusion of Innovation moves through different adopter types and finally moves on to the laggards. Once the innovation has reached the laggards, it is hardly known as an innovation anymore. Only mixing up the product mix and product line remains as a strategy with the company.

Example of Diffusion of Innovation

Let us look at the Online Education Industry to understand the diffusion of innovation. The Education industry has a huge cost associated with it. So some colleges came up with the brilliant idea of launching online courses which were sold at a very low cost. Let us go through the Adopter categories for this example.

The above were all the steps of Diffusion of Innovation Theory as per Mr Everett Rogers. As a marketer, this theory carries a lot of implications if you want to see your innovation adopted in the market.

How to Facilitate the Diffusion of Innovation?

There are Different factors which help the Diffusion of Innovation. These are

The above were all the different factors which influence the innovation diffusion and make adopter categories adopt the product faster.

If you are a product or service marketer, then this theory of diffusion of innovation is important to you. With Amazon entertaining more and more private label companies, and the internet at max penetration levels, there is a lot of innovation happening in products and services.

Companies are trying to launch more product lines and product mix’s and that is where they need to understand how diffusion is happening. Whether it is a product or service, the marketing managers should know about the diffusion of innovation theory so that it helps them in getting the product to penetrate the market.