There are a lot of different types of leadership styles or grids for various purposes to fulfill.

Perhaps you’d be aware of some of them too. A leader can never rely on a single leadership style; no one style is suitable for all kinds of situations that may arise in the workplace. Thus, it is necessary to have sufficient knowledge about the distinct types of leadership styles.

One can choose the right kind of leadership style only if he is aware of his natural approach. This way, it gets easy to decide which one would best suit depending on your needs and demands of the organization. At the same time, a compromise in both approaches can average out the efficiency of the team and deteriorate its performance. This way, neither people’s needs are fulfilled, nor inspire excellent and competent performance.

Being unaware and neglecting tasks or people is not healthy for the growth of the organization. It inhibits from achieving goals and meeting the requirements of the company.

Of the various types, one is the managerial grid. Robert Blake and Jane Mouton developed this and it is called the Blake Mouton Managerial Grid. Sometimes, it is also referred to as the leadership grid.

According to Blake and Mouton Managerial Grid, a leadership grid can be acknowledged based on a manager’s concern for respective individuals and targeted production.

The meaning of apprehension for people is to identify the degree to which an individual is involved in his or her work. It is dedicated to achieving the goal. It even consists of stabilizing and maintaining the self-esteem of the workers and help them sustain their confidence and motivate them to work efficiently.

One of the most important things that a leader must do to manage everything conveniently is to satisfy interpersonal relationships. It helps in creating a healthy and respectable working environment for everyone.

On the other hand, the concern for production signifies an attitude of superiors in the direction of the quality or traits of processes and policies, how creatively has the research been carried out, the effectiveness of all the members of the team.

Apart from all these factors, it even keeps a close check on the efficiency of work being assigned to different teams and individuals and the quality and quantity (volume) of output generated.

The Blake Mouton Managerial Grid is based on basically two behavioral dimensions:

These behavioral dimensions have been plotted against the two axes in the grid. These axes measure:

The entire grid is divided into nine sub-grids ranging from 1 to 9. Here, one is considered as low, and nine is taken as high. It is in the form of a square. So, both the axes have their low and highs. On the x-axis, the high (9) denotes Task Management, and low (1) indicates Impoverished Management.

Similarly, on the y-axis, the high end (9) denotes Country Club Management. The intersection high of both the axes is termed as Team Management. In addition to this, the middle of the entire grid refers to the Middle of the Road Management.

All these distinct management styles are bound within the grid. These styles altogether help in enhancing the productivity, efficiency, demand, and value of the organization.

While a leader’s position can be anywhere on the grid depending upon how he or she attaches or links to people and tasks; keeping in mind the personal preferences as well as the organization’s productivity requirements.

The Blake Mouton Grid sheds lights on five extremes on the grid as mentioned above, each of which is given a specific name 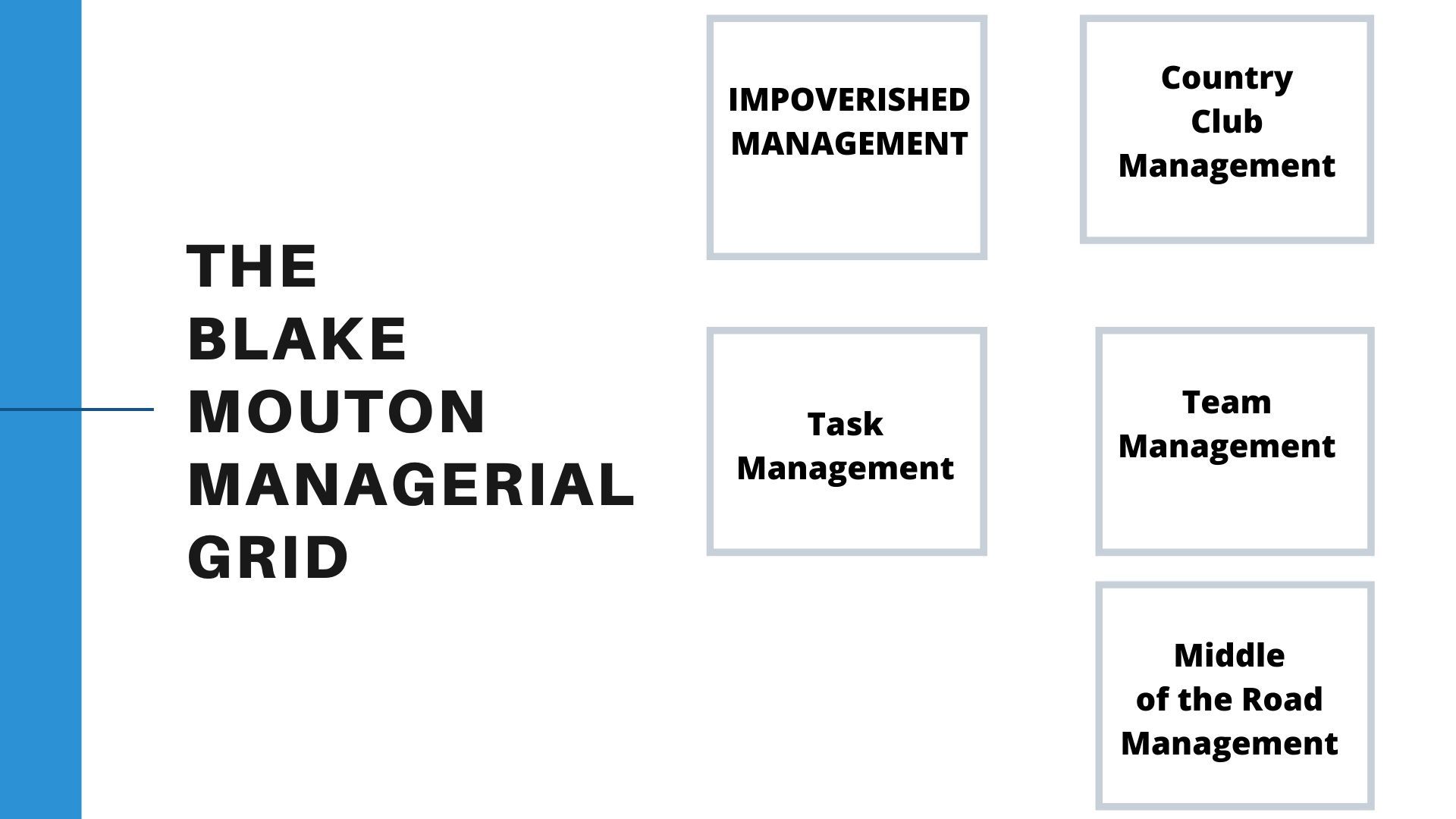 Features: Laissez-Faire style, minimal effort on management, looking out for ways to avoid blame for errors caused by employees.

Features: Emphasizes on creating a safe, healthy, comfortable working atmosphere for the team members, focus on minimizing conflicts amongst co-workers.

Features: Involves full participation of employees in the decision-making process and pays attention to making them feel valued and respected, stays at par and consistent with McGregor Theory Y.

Features: It involves making adjustments and compromises to achieve desirable goals and acceptable performance, considered as a less effective style of leadership due to average results.

Depending on the values mentioned in front of concern for people and tasks individually, the criteria are set differently on the grid for all the leadership styles. It helps in having a better understanding of the values to be introduced in the regime and makes it easier to adopt.

Also Read  What is Acceptable Use Policy (AUP)? - Definition and Tips

The Grid theory narrowed it down to seven critical behavioral elements. These are;

Based on these seven key elements, managers were evaluated. The score then helped in deciding which leadership style would be perfect for the organization to meet its production requirements. 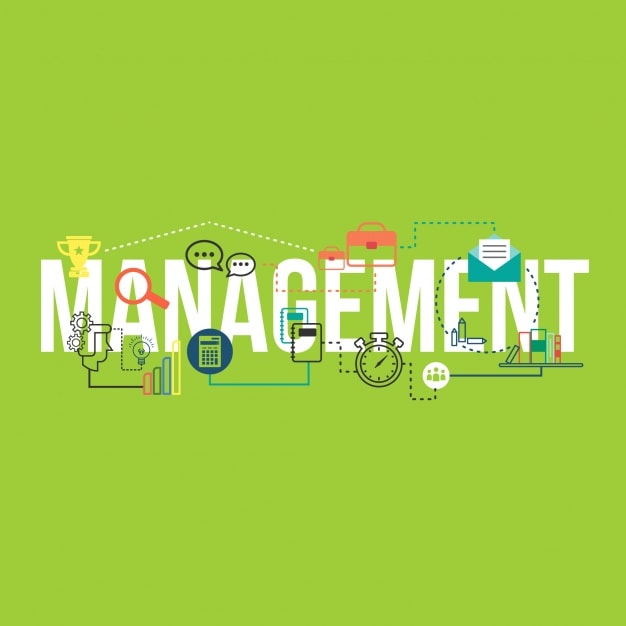 The managerial grid recognizes various leadership styles based on the two behavioral dimensions mentioned above. They are five to be precise.

As the name suggests, the management is undoubtedly impoverished. The manager or the leader does not bother much about the work. In this form of leadership, the manager puts minimal effort in getting the work completed by the members of the team.

The leaders are barely concerned for their people or the outcomes of the task assigned. They do as much work as is required to sustain their jobs, seniority status and position in the company.

It results in the total deterioration of the organization. It can be in terms of;

This one is a bit improved version of poor management. Here, the leader is concerned about the production statistics of the company but is still not bothered or puts the focus on the personal needs of his subordinates.

This style is usually referred to as dictatorial or perish style. It is so-called as the subordinates here are expected to execute the task as directed and informed by the superiors.

Since this style involves following strict, stringent rules and processes, the output, in the long run, might be a high labor turnover. It is though beneficial for outcomes in the short term as they increase rapidly.

Also Read  The Importance Of Organizing

3. Middle of the Road

The middle of the road style is the one where the manager tries to keep a balance between the desired goals of the organization and the personal needs of his subordinates.

The leader establishes a balance between the work essentials and satisfactory morale. Maintenance of this kind of style is not very easy, and as a result, not all demands of the people and production are met. Hence, the organization manages to end up at an average, mediocre performance rate.

In-country club style of leadership, the leader pays more attention to the personal development of his subordinates and less onto the task and its result. This style of leadership is mostly adopted by those managers who wish to build a friendly and healthy working environment for the employees. A leader also employs this kind of leadership style when he hopes to motivate his team members.

It is very beneficial since it establishes a friendly working environment for subordinates, who are capable of getting self-motivated and work efficiently and harder on their own.

It brings a significant change in the attitude of the subordinates. It makes them more motivated and enthusiastic about their work.

However, paying less attention to the results can significantly affect the goals, and this may affect the company’s reputation.

According to Blake and Mouton, this is the most effective leadership style as the leader gives equal importance to both people and production. It is termed as effective as the subordinates’ work is not intervened by the leader at every step. It ensures total commitment to working towards goal achievement. Both people and production are taken a hand in hand; this makes a leader effective.

Based on McGregor’s Theory Y, this does not require managerial intervention at every stage, because of this; the employees find it easier to work as per their convenience and focus on delivering the result on time.

Even the leader feels that trust, empowerment, respect and commitment aids in nurturing the team relationships. As an outcome of this, also it manages to increase levels of employee satisfaction which in turn increases the overall productivity of the organization. An organization through this style of leadership balances its inside relationships as well as maintains to be in good terms with other companies.

Thus, the managerial grid is a graphical representation of different styles of leadership that managers or leaders inculcate in their routine.

The Blake Mouton Managerial Grid helps in devising leadership styles as per the needs and demands of the organization. It dramatically affects the team’s productivity and motivation, which in turn affects the working environment.

The graph plotted for “concern for people” against “concern for production” shows how placing too much focus on one area concerning others can lead to deficient and depleted results.

Advantages and Disadvantages of the Blake Mouton Grid Leadership Model 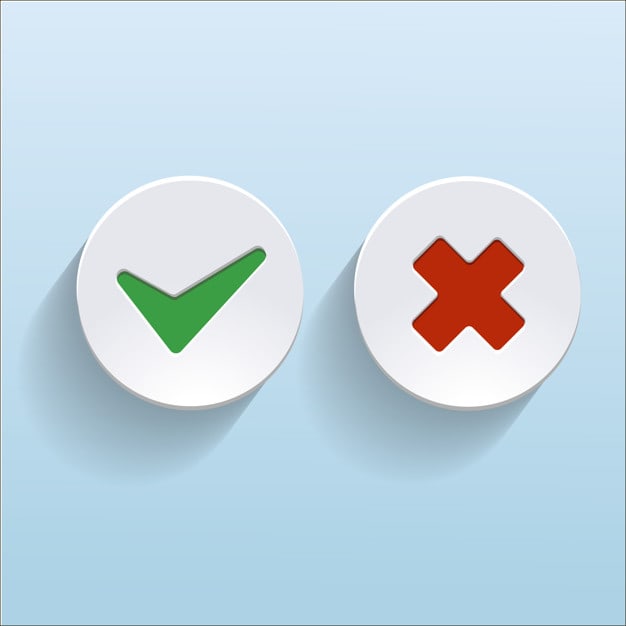 The managerial or the leadership grid is used by managers to get better results and increase productivity. The managers use it to analyze their natural leadership styles through a technical approach known as grid training. Based on the information generated from the grid, decide the necessary changes to be made.

The mechanism of grid training is like the managers are made to answer questions laid down on a questionnaire. It helps them identify where they stand for their concern for people and tasks. The ideology behind this is to make sure that employees can achieve a perfect 9, 9 with the help of this training.

On the other hand, this managerial grid leadership model has drawbacks too. The Blake Mouton Grid model emphasizes on aiding managers to reach an individual leadership style that suits their concerns for people and tasks based on the answers given by them. However, the model neglects the essence of internal and external limits which affects the working process. Apart from this, it fails on paying attention to the matters and scenarios that may arise since different sorts of views and ideas are presented.

Also Read  What is Productivity and 42 Tips to Improve it

Here is a video by Marketing91 on Blake Mouton Managerial Grid.

The Blake Mouton Managerial Grid is therefore beneficial for an organization if the manager involves the correct application and manages his subordinates with equal importance. Giving preference to the personal needs of employees gets necessary after reaching a certain level.

The seminar held on the Blake Mouton Managerial Grid Model in 1999 saw a different view of its aim. It only began with a new text, “The Power to Change”.

This leadership style improves the reputation of a company and helps in reaching their desired goals faster. If both product and production are taken into consideration equally, it increases the employee engagement and productivity of the organization.

It enhances the overall productivity of the organization.

So, how significant do you consider Blake Mouton Grid’s model for effective business management? Share your views with us in the comments below.