Perceptual organisation is a process that groups the visual elements so that it is easy to determine the meaning of the visual as a whole. It is an essential concept because it allows individuals to make sense of the things that they see at a rapid pace. The perceptual organisation also helps to lead the viewer to the appropriate conclusion that suits our purpose.

What is Perceptual Organisation?

In everyday life, various stimuli keep on stimulating the sense organs of a human body. The sense organs are the recipient of these stimuli which are converted to sensations and transmitted to the related parts of the brain, which helps it in interpreting. This is what perception is. It involves the process of sensation as well as interpretation.

Perception is all about viewing and experiencing and this is why even two people can’t see similar objects the same way.  The information that we have access to governs our beliefs and mindset. It is ultimately the perception that leads to individual interpretation, and this is why everyone sees things in their way.

Perceptual selectivity is about external and internal variables, and the perceptual organisation is about organising inputs into whole objects that can be easily identified. It is the perceptual process of an individual that takes into account the incoming information and gives it a meaningful picture. It is also defined as an integrated approach where different psychological and physiological processes like mental state, clarity of sensations and accuracy of sense organs are involved so that the perception does not go haywire.

Several factors play a prominent role in the perceptual organisation theory. These principles or laws can explain the way perception acts independently from the features and characteristics of individual stimuli. It has been proved that human perception sometimes has little connection to the stimulus situation in hand. There is a reason for it as perception is an active and complicated process that is influenced by numerous other factors besides the stimulus characteristics. 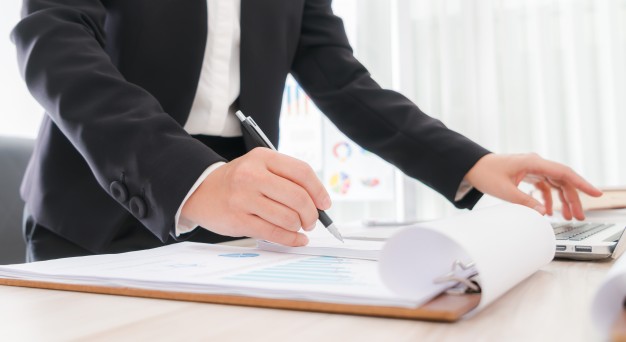 A well-known American origin psychologist William James has aptly described that human beings generally do not see objects or things as they appear but view them as they want to. The perceptual organisation is a synthetic process where the human mind selects specific stimuli through its attention and interprets it as per its directive. Similarly, other stimuli in the visual or audio field select stimuli and organise into a form that will be perceived in a more meaningful way than it appears. 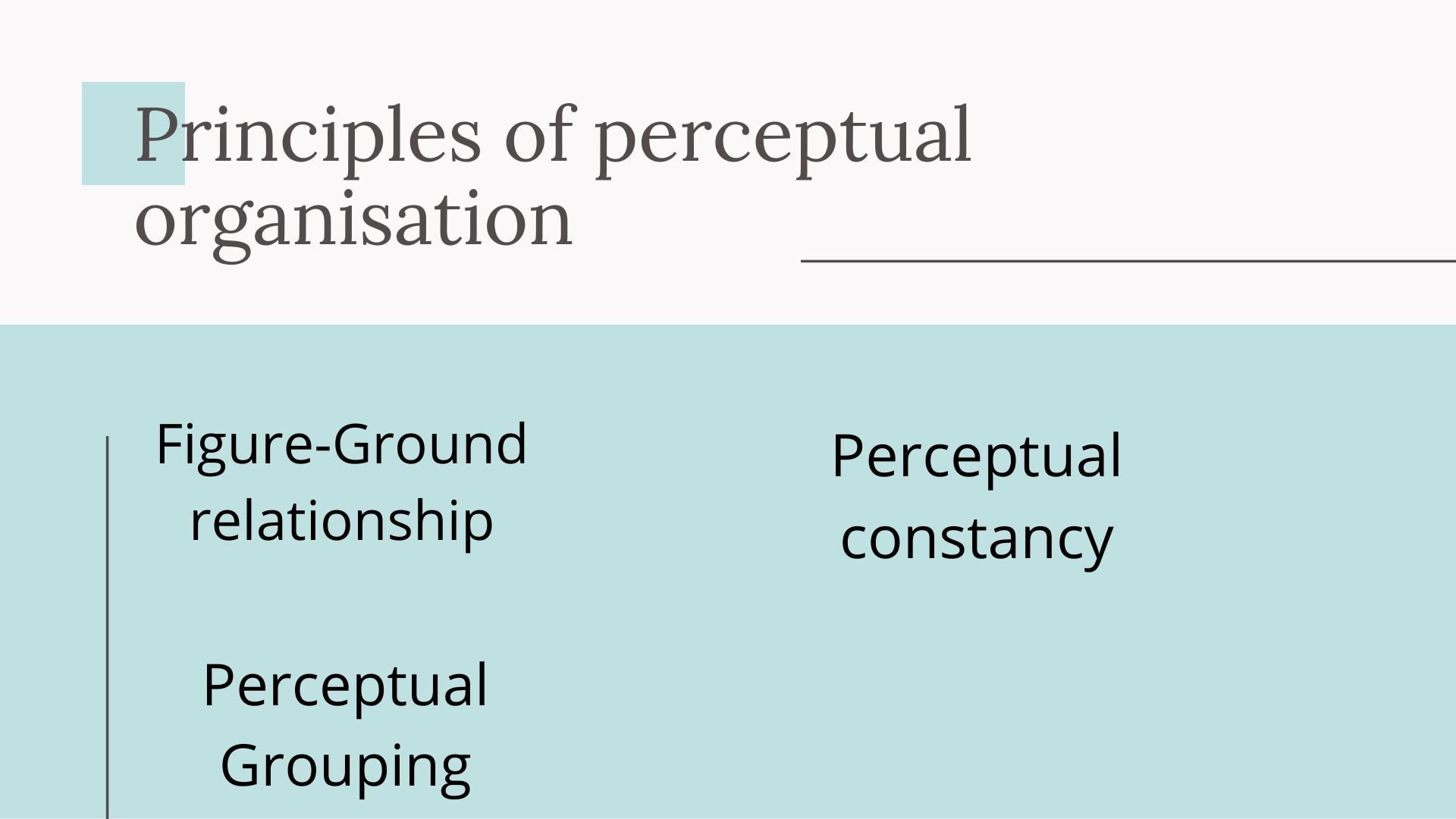 Perceptual Grouping – The tendency of the human mind to group several stimuli in an easily recognizable pattern is known as a perceptual grouping. In this principle, the grouping is based on closure, continuity, similarity, inclusiveness, pregnant and proximity. A detailed description of every one of them is as follows-

For example, draw a circle in a paper and do not close it. When you show this figure to someone else, the first thing that he will see is a circle, and it is later when the incompleteness of the circle will register in his mind. This is because his mind has already perceived the figure as a circle. After all, the law or principle of closure was in operation.

As per the reports of Gestalt psychologists, the process of perceptual organisation is dynamic and will keep on changing until it reaches a stage that the human mind will see as complete, with maximum meaning and simple to understand. At this point, the gestalt or the perception remains stable and is for this reason known as a good gestalt.

As per the Gestalt psychology, perceptual organisation process will try to move forward towards a good gestalt. One of the underlying mechanisms to describe the law of pragnanz is the law of closure. For instance, it is seen that a child will go on asking questions until and unless his mind is satisfied. This is because he is looking to understand his perception of a specific thing.

Also Read  What is Organizational Buying

The law of proximity in the perceptual organisation theory tends to perceive objects that are closer to each other as a single entity and not as separate. Even if the individual items are not connected, it will be seen as a meaningful picture and grouped under as a single entity or pattern. 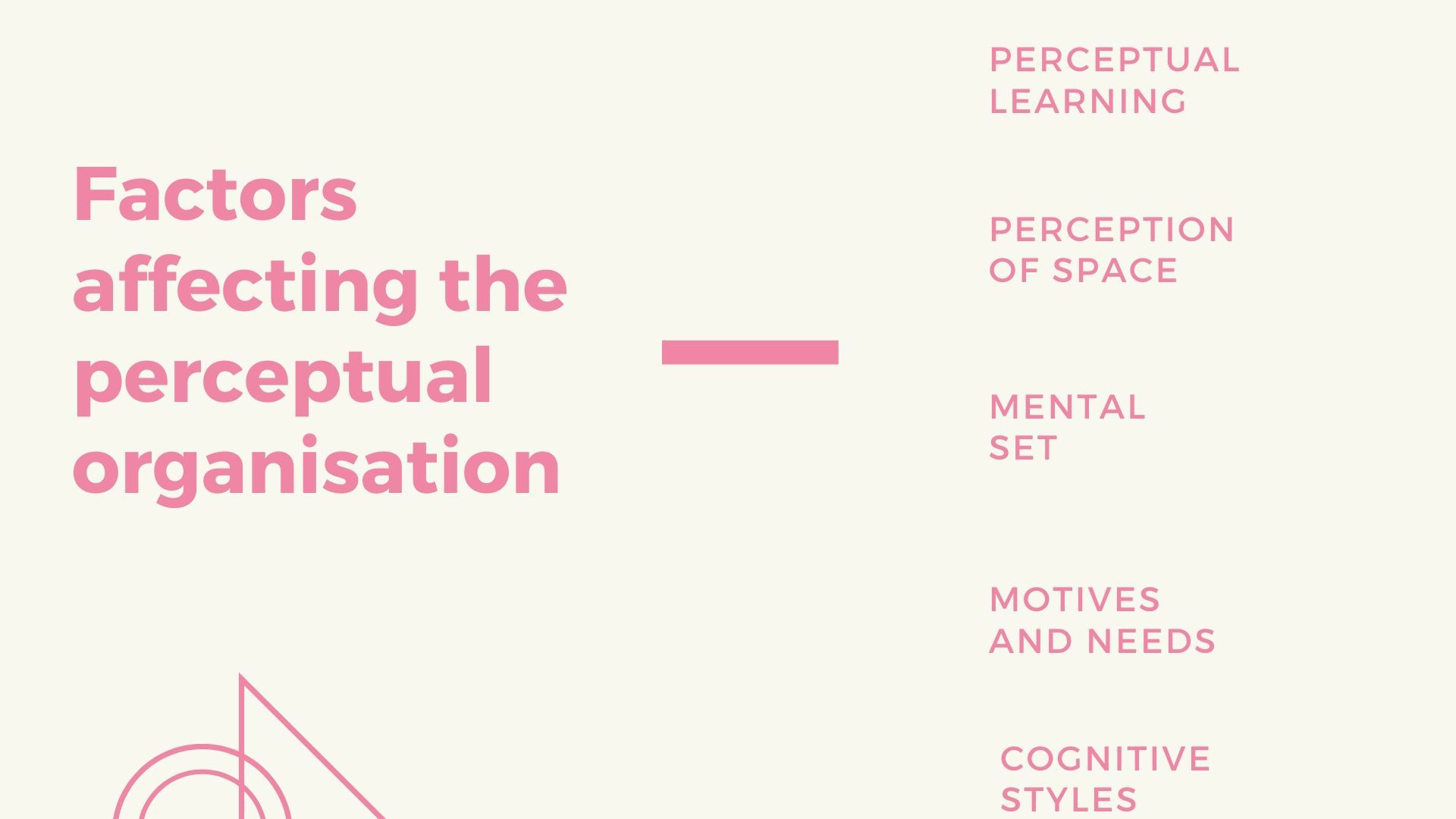 The factors that affect the perceptual organisation are as follows-

The best teacher of perceptual learning is experience. Human beings tend to put their onus on some of the sensory inputs and ignore others if they have received any specialised training. For instance, if a person has trained in a skilled job like the painting, he will have a better knowledge about colours and art than people who are untrained in that specific field.

In another example, a newborn baby will identify his mother by the voice or her smell. It is the perception that helps him to do so. Similarly, a blind man will be able to identify people by their sound.

The factor that can affect perceptual organisation is the perception of space by a human mind. As per this concept, a person tends to see an object in the environment and perceive it in three dimensions width, height and distance.

Another essential factor that affects perceptual organisation is a mental set. The term refers to the readiness of a human mind to receive sensory input. This is a type of expectancy that keeps a person prepared with the right concentration and attention span.

This concept that affects perceptual organisation can be easily explained through an example. When you are standing inside a metro station, the arrival of a metro train can be identified by its horn beforehand. Similarly, when you pass a temple, you can identify it by the sound of bells ringing or chanting of verse that tells you about that religious place.

Another essential factor that has a profound effect on the perceptual organisation theory is motives and needs. It is a proven fact that the motives and needs of a person will undoubtedly influence his perception levels. For example, if a person is thirsty, he will instantly recognise water.

Similarly, if a person has been fasting, he will immediately recognise food by the smell or by identifying the food items amongst various other products. This is because his attention is sorely directed towards fulfilling his wants and needs, and he will see only those things that he requires at that point and which can satisfy his motives.

If you are looking for factors that can influence the perceptual organisation, then look for cognitive styles. It is a proven fact that how a person processes any information will vary from person to person. This is because of a straightforward reason. Every individual is different, and his way of grasping things and situation is also different from the other person.

Also Read  What is a Learning Organization? Peter Senge's 5 Disciplines of Learning

It has been proven that individuals with a flexible and outgoing nature have a healthy attention span, and this is because of their confidence level, which does not allow interfering and disturbing elements to manipulate him. The individual is also less dominated by his internal motives and needs than a person who is not so flexible and is governed by his personal needs and wants.