It was the year 1957 when Dhirubhai Ambani returned to India after a stint with A. Besse& Co., Aden, Yemen and started a small yarn trading business with a 500 sq. ft. office in Mumbai with a dream of establishing India’s largest company in time to come.

Mr. Ambani then went on to Co-Found Reliance Commercial Corporation withChampaklalDamani in the 1960s. The partnership though ended in the year 1965 butDhirubhai continued with the polyester business of the firm and went on to incorporate Reliance Textiles Industries Pvt Ltd. and established a synthetic fabrics mill in the year 1966. It was the year 1985 the company was renamed from Reliance Textiles Industries Ltd. to Reliance Industries Ltd. With time company expanded and entered in many other businesses like :

Between 1998–2000 RIL went onto construct largest refinery of the world the integrated petrochemical complex at Jamnagar in Gujarat.

Reliance Industries Ltd. and Reliance Petroleum Ltd. in 2001 became India’s two largest companies in terms of all major financial parameters and were merged in the year 2001-02.

Segmentation, targeting, positioning in the Marketing strategy of RIL 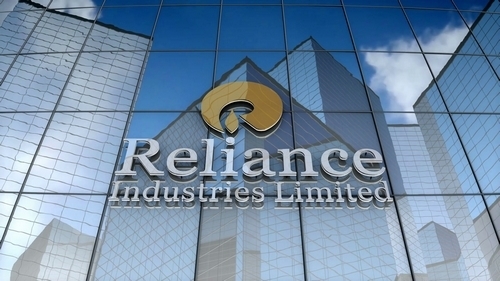 RIL as a brand caters to the needs of diverse range of consumer segments with its wide range of products available across its retail outlets and services ranging from telecom to petrol stations.

RILappliesdifferentiated, selective and aggressive pricing strategy to its target market.

Marketing mix – Here is the Marketing Mix of RIL.

SWOTanalysis – Here is the SWOT Analysis of RIL.

Vision – “Through sustainable measures, create value for the nation, enhance the quality of life across the entire socio-economic spectrum and help spearhead India as a global leader in the domains where we operate.”

Competitive advantage in the Marketing strategy of RIL

With more than 85 subsidiaries and Associates to its name RIL continues to hold a leading market position and market share in India which is considered to be RIL’s biggest strength. Recognized as the largest petroleum company in India which has their business outlets even in rural part of the country. With many associates and subsidiaries, RIL has a huge business network not only in India but across five continents. Considering the Indian domestic market there’s hardly any competitor housing this big range of products and services alone which could lock horns with this giant conglomerate.

Some of the major competitive advantages of the firm include:

BCG Matrix in the Marketing strategy of RIL 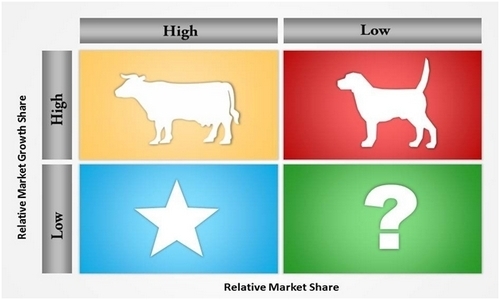 Reliance industries Retail business has been a star for the company with Reliance Fresh and Trends having more than average share in Tier1, Tier 2 and metros.

Reliance Oil & Gas, Biopharmaceuticals and Reliance Farms holds a decent market share in their respective sectors and have grown up and now holds a status of Cash Cow for the firm.

Reliance Petrochemicals, Broadband and Reliance Digital either needs more investment or should be liquidated by the conglomerate as they continue to feature in the Dog segment of the BCG Matrix.

Reliance Petroleum again over the years has featured as a Question Mark for the company as its competitors in the sector government companies like Hindustan Petroleum, Bharat Petroleum etc. holds comparatively greater market share.

Distribution strategy in the Marketing strategy of RIL-

With Pan-India distribution channel of over 1 Million retailers and rapidly growing base of Reliance JIO Points and Reliance Retail Digital outlets also with continuous enablement of various distribution channels through latest platforms and services RIL holds the largest Distribution and Service Network in the country.

Reliance Retail operates over 3,300 stores pan India with nearly 13 million square feet of retail space and is growing rapidly, Reliance has become the largest retailer in the country.

RIL is ranked 8th by Platts among Top 250 Global Energy companies as of 2016. Conglomerate continues to be India’s largest exporter constituting 8% of India’s total merchandise exports to across 108 countries. Reliance accounts for almost 5% of GOI’s total revenues from custom and excise duties.

RIL became the first Indian company to cross the $100 billion market capitalization mark on October 2007. As of 2017, RIL was Ranked as 203rd on the Fortune Global 500 list of the world’s biggest corporations.

In the year 2018 Reliance Retail crashed into the list of top 250 global retailers list, featuring at No. 189, further validating India’s strong growth in consumer spending.

Market analysis in the Marketing strategy of RIL

With a market capitalization of over Rs 8,20,000 crore, its stocks have doubled since the launch of telecom sector disruptor Reliance Jio. Petrochem and Refinery business have been cash cows for the conglomerate as RIL has managed to maintain Petrochem margins at record levels with Retail business also showing signs of traction, Jio has managed to disrupt the telecom sector and earn rich dividends for the conglomerate by making data the center of attention.

Recent developments have seen strong growth telecom, retail, media, and digital business. With its investment of ?4,000 crore in 2014 through Independent Media Trust (IMT), RIL acquired a 78% stake in Network 18 and 9% in TV18 marking its entrance in the media industry.

Today, RIL is India’s most valued firm in terms of market capitalization after it breached 7 lac crore m-cap mark making it the second company after IT bellwether Tata Consultancy Services to achieve the coveted milestone.

With the launch of JioFiber, bumper earnings from the retail business, improved profitability of telecom arm and almost doubling of petrochemical business earnings helped Reliance Industries to report highest ever quarterly net profit for the June 2018 quarter helping the market valuation of oil-to-telecom conglomerate to cross the $100 billion mark recently.

Customer analysis in the Marketing strategy of RIL

With its diverse range of products and services varying from oil-to-telecom RIL caters the long range of customers constituting in the age bracket of 5-60 years and even more with its retail segment serving the wide range of customers as it has something for all. Its customers base includes the lower middle class in rural to the high-class citizen living in metros.

Promotional Strategy in the Marketing strategy of RIL

Reliance, when compared with other companies, spends lesser in promotions but believes in reducing prices to attract its customers. It sticks to more of BTL advertising as compared to ATL as its costs less to the company, which it does mostly or its retail sector and new launch products to create an initial buzz among the customers, Reliance Communication’s “KarloDuniyaMutthi me” slogan of 2003 and promotional activities of recent launch of Reliance Jio being the prime examples of this.

RIL also tries to make a social and emotional connection with its customers by holding various rehabilitation programs and campaigns such as EFA ( Education For All) which is Reliance Foundation’s Social initiative through which RIL has been able to make education provision for over 70,000 underprivileged kids over the last five years.

RIL also invests heavily in sports activities and events in the country with the company owning Mumbai Indians an IPL cricket team and holding a stake of 65% in Indian Super League for football.