What is Herd Mentality?

Definition: Herd mentality is defined as a way of thinking characterized by a lack of originality and an excessive need for conformity. Herd mentality occurs when people copy the attitudes, behaviors, and thoughts of those around them without giving any thought to their own individual opinions or beliefs.

The dotcom bubble is an example of the herd mentality, as it was a period of time in which there was an influx of investment into internet companies, resulting in a bubble that eventually popped. You may also understand this with a fun example of Big Potato Games’ Herd Mentality which is a party game for friends, families, and cow rustlers. The game wants you to think like the herd and write down the same answers that your friends write. In case your answer matches the majority, your group will win cows. But, if your answer is the odd one out, it will be the wrong answer and you will then get the angry Pink Cow.

It will make your herd of cows worthless until you offload it onto someone else. The first player who will collect eight cows wins. Hence, it suggests that when you match what most people are doing, it is understood as herding. Despite having rational or different thoughts in their minds, people like to incline toward the viewpoints of the majority.

The concept of a “group mind” or “mob behavior” originated with 19th-century social psychologists Gabriel Tarde and Gustave Le Bon. Tarde’s work was focused on how social interactions and imitation shape individual behavior. In his book, The Laws of Imitation, Tarde argued that every individual is influenced by those around them. Le Bon’s work was focused on the power of the crowd.

In his book, The Crowd: A Study of the Popular Mind, Le Bon argued that the behavior of a crowd is often irrational and can be driven by emotion. Le Bon also argued that individuals in a crowd may lose their individuality and sense of reason, leading them to act on impulse.

The term “herd mentality” was first used in the early 20th century by Sigmund Freud. Freud argued that humans are naturally herd animals and that the herd mentality is a way of coping with the anxiety that comes with living in a complex society. The concept of a “herd mentality” has also been used to explain behavior in animals. In his book, The Herd Instinct in Animals and Men, John B. Watson argued that animals conform to the behaviors of those around them out of a need for safety and security.

Sociologist and economist Thorstein Veblen’s The Theory of the Leisure Class also discusses the role of the herd mentality in human behavior. Veblen argues that people conform to the norms and values of their social group in order to gain status and prestige.

The Herd Mentality in Contemporary Society

The concept of a herd mentality is often used to explain why people conform to the norms and values of their social group. The herd mentality can be seen in a variety of social phenomena, including fashion trends, political correctness, and religious beliefs. 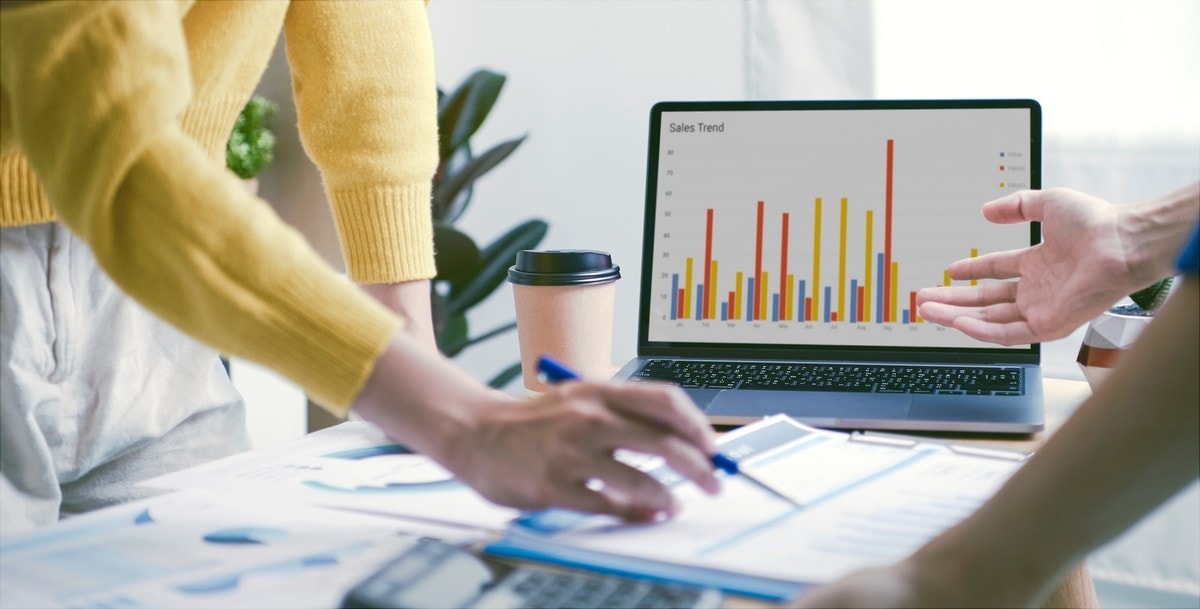 Behavioral finance has four categories of decision-making mistakes and biases. The following are four types of errors and biases:

When the stock market crashes, it’s often because of herd mentality. Investors see the stock prices falling and they panic, selling their shares en masse. This selling pressure drives the prices down even further, leading to more selling and an even bigger stock market crash. Herd mentality can also lead to bubbles, as investors buy into a hot investment without doing their own research.

It is important for two reasons. First, it can help you avoid making costly mistakes. Second, if you understand how herd mentality works, you can actually profit from it.

The best way to avoid mistakes is to do your own research and to make sure you understand what you’re buying or selling. Don’t blindly follow the herd. That’s how investors get themselves into trouble.

If you can stay calm when everyone else is panicking, you may be able to find some great deals. Herd mentality can create opportunities for savvy investors who are willing to go against the crowd. Just remember, buyer, beware. Herd mentality can be dangerous. Make sure you understand what you’re buying before you buy it.

What Are Some Potential Dangers of Herd Mentality in Markets?

Herd mentality in financial markets can lead to disastrous consequences, such as stock market crashes. When everyone is selling, prices can plunge very quickly, leading to huge losses. Herd mentality can also lead to bubbles, as investors buy into a hot investment without doing their own research. This can cause them to lose a lot of money when the bubble finally bursts.

What Are Some Positives of Herd Mentality in Markets?

Can mob mentality be good?

While mob mentality is often associated with negative connotations, there are also times when it can lead to positive outcomes. For example, if a group of people is protesting an unjust law, their combined energy and numbers may be able to effect change. Additionally, in times of crisis, people coming together to help one another can be a lifesaving display of humanity. In these instances, mob mentality can be seen as a positive force.

What Brands should do to use herd mentality to their advantage

Be the trendsetter and not the follower. Brands should innovate and create new trends that people will want to follow.

Social media is a powerful tool that can be used to create a buzz around a product or service. Brands should use social media to get people talking about their business.

3. Create a sense of urgency

People are more likely to buy something if they feel like they need to act fast. Brands can create a sense of urgency by running limited-time sales or using other marketing techniques.

People love a good deal, so brands should offer discounts and coupons to lure customers in.

Giving away free products or services is a great way to get people interested in your business. People will feel like they’re getting something for nothing, and they’ll be more likely to talk about your brand with their friends.

If a famous person is seen using or endorsing your product, people will be more likely to want to buy it. Celebrity endorsements can help create a sense of urgency and attract attention to your brand.

People are more likely to buy from brands with that they feel an emotional connection. Brands should focus on creating ads and marketing campaigns that tug at people’s heartstrings.

One of the most powerful forms of marketing is word-of-mouth. If people are talking about your brand, it can help create a sense of excitement and generate more interest.

People are more likely to notice and talk about a brand that is different from the rest. Brands should focus on being unique and standing out from the competition.

Viral videos are an incredibly effective way to generate interest in a brand. If people are talking about your video, it can help create a buzz and attract more attention to your business.

Donating to a charity is a great way to get people interested in your brand. People will see that you’re giving back to the community, and they’ll be more likely to support your business.

Sponsoring an event is a great way to get your brand in front of a large number of people. It’s also a good opportunity to show people that you’re supportive of the community.

13. Be active on social media

Social media is a great way to connect with people and create a buzz around your brand. Brands should be active on social media and post regularly to keep people interested.

How Can One Avoid Falling Victim to Herd Mentality? 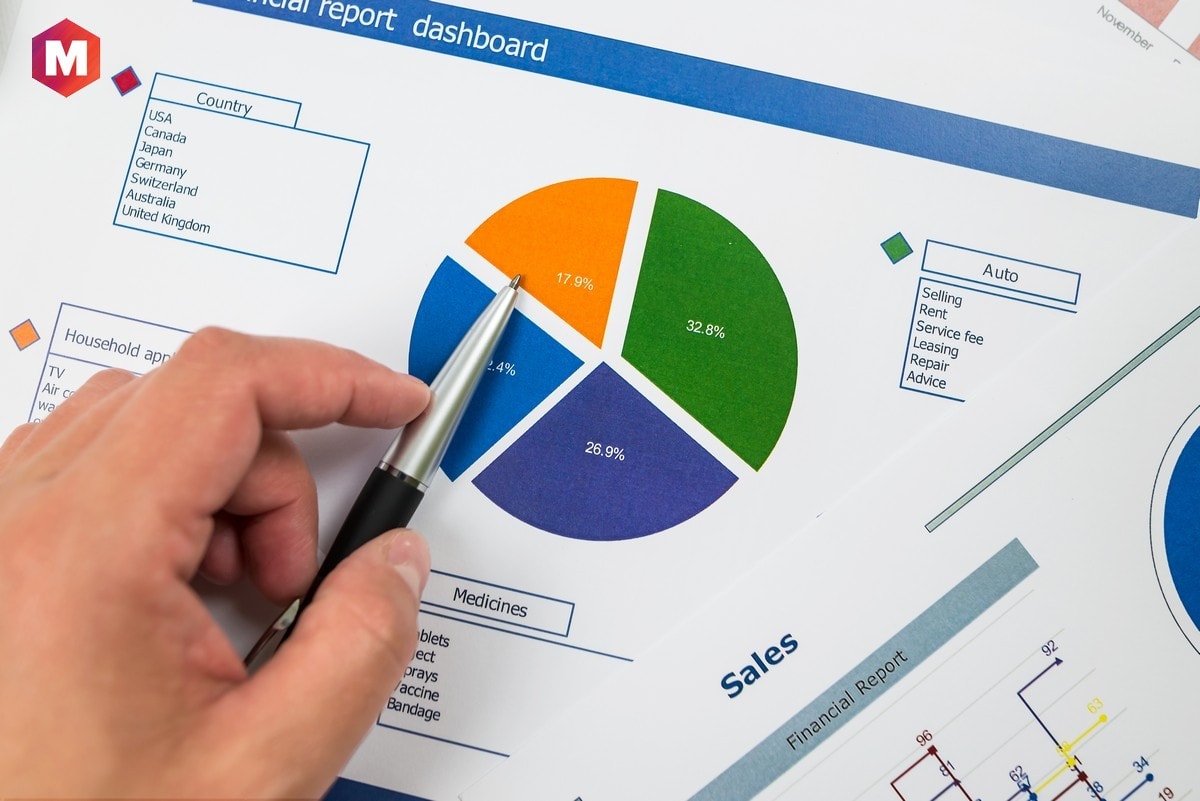 Even if you’re not a sheep, you may still find yourself being pulled along by the herd. Herd mentality can be hard to avoid, but there are some things you can do to resist it.

1. Be aware of your own biases

2. Do your own research

Don’t just take other people’s word for it – do your own research and come to your own conclusions.

3. Be confident in your own opinion

Don’t be afraid to stand up for what you believe in, even if it goes against the grain.

Just because someone is in a position of authority doesn’t mean they’re always right. Question authority and think for yourself.

6. Stand up for what you believe in

Don’t be a sheep – stand up for what you believe in, even if it means going against the herd.

Don’t conform – be your own person and think for yourself.

The 2016 U.S. Presidential Election was a perfect example of herd mentality. Donald Trump was able to tap into the herd mentality and exploit it to his advantage.

2. The Herd Mentality of Fashion

Fashion is another industry where herd mentality is prevalent. People often follow the trends set by celebrities and the fashion industry, without thinking for themselves.

3. The Herd Mentality of Investing

The stock market is another area where herd mentality can be seen. When the stock market crashes, it’s often because too many people are selling at the same time. This can lead to a domino effect, with more and more people selling, causing the market to crash further.

Sports are another area where herd mentality is often seen. Fans will often blindly support their team, regardless of how they’re playing. This can lead to irrational decisions, such as spending too much money on tickets or merchandise.

Religion is another area where herd mentality can be seen. People will often follow the religion of their parents or community, without thinking for themselves. This can lead to people blindly following a religion, without question.

What Are the Consequences of Herd Mentality?

Herd mentality can have some serious consequences. When people blindly follow the herd, they’re more likely to make bad decisions. This can lead to financial ruin, as well as physical and emotional harm.

Herd mentality can also lead to groupthink. When people are part of a group, they’re more likely to go along with the group, even if it’s not in their best interest. This can lead to bad decisions being made, as well as a loss of critical thinking.

Herd mentality can have some serious consequences. It’s important to be aware of your own biases and to think for yourself. Don’t let the herd make decisions for you – make your own decisions and stand up for what you believe in.