12) Walmart vs Others –  There is no other way to term this. There is hardly any one competitor to whom we can restrict walmart. Walmart has been and still is one of the biggest names in retail. However, it has met with its own fair share of competition. Some of the major ones being K mart, ShopKo, Dollar stores, along with the advent of online retailers who themselves too take a bit at its market share. 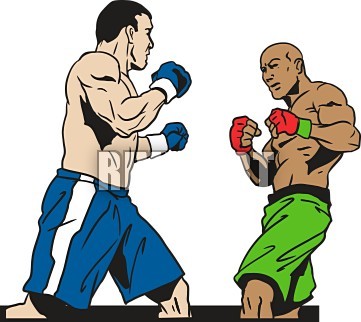 11) McDonalds vs KFC –  KFC mainly concentrates on its non vegetarian arsenal whereas McDonalds concentrates on being predominantly a fast food chain. McDonalds today stands way ahead of KFC. The sole reason being the distribution of Mcdonalds and its wide acceptance. McDonalds does meet with tough competition in other countries mainly from Burger king. But McDonalds too will agree that a lot of its TG prefers KFC over McDonalds (i do too. i love KFC more)

10) Aquafina vs Bisleri –  Theres no one who has been able to come between them. Yes there are a couple of water brands which stand apart and are able to sell either as premium, or as alternates or as a cheaper option or because no other option is available. But if you compare brand equities then the water market is dominated by these Aquafina and Bisleri.

9) Maggi vs Other noodles –  Sunfeast came out with its own range, Top ramen is still fighting in the market, Chings is going good and strong with its different taste, but none of them could beat the King of the noodles segment –  Maggi. With an amazing product and marketing mix, Maggi has till date been the best of the best. Sure it will observe some competition in the urban areas. But go a bit rural and you will find only maggi there.

8) Complan vs Horlicks –  The two drinks which today spawned a number of alternates in the health drink segment. However, these were the first two and still are on top. There have even been face offs as recent as last year where complan took on horlicks in a TVC. But i am sure the fight will be never ending.

7) Google vs Facebook –  Although quite a recent entrant, Facebook has taken the internet world by storm and has even overtaken google in some key statistics. Google will not be left behind and the long term outlook is definitely favourable to google as compared to Facebook. Nonetheless they remain the most talked of rival in the online space.

6) Apple vs Microsoft vs IBM –  If we talk about the online space then what about offline? Microsoft and IBM have been hitting each other since years. Although their niche is different (Microsoft is consumer and IBM is institutional) both have had their ups and downs. But then entered the MOST INNOVATIVE BRAND EVER and it has slowly and steadily been taking away Microsofts customers. Apple has launched really innovative desktop as well as laptopns and although microsoft is essential because of its lovely software, Apple cannot be left far behind because of its lovely hardware

5) Vodafone vs Airtel –  The zoozoo’s vs Rural power. The spread of Aitel in India is amazing and it is the leading player till date. However the rivalry cannot be unnoticed. Where the major expense for Vodafone is to stay ahead through marketing, Airtel on the other hand is trying to rebrand itself with a greater focus on higher spread and acquiring new markets. Where will this feud end? Well if it ends, then they wouldnt be mentioned here would they :P

4) Domino’s vs Pizza hut –  Wanna have a pizza? Either order it home or search for a Pizza hut. Pizza hut is scarcely available and does not have as many outlets as dominos. Thats why dominos wins on the distribution part. But if you talk about product quality and depth, than Pizza hut wins hands down. One of the primary reasons pizza hut wins is the sheer variety of products and the ambiance found in its fast food chain. But yes, is it available at large? No.

3) Mercedes vs BMW –  These 2 have been rivals from years. However they have been overtaken by the presence of other luxury cars like Audi, Ferrari. Lamborghini and others. Both BMW and Merc come in premium as well as semi premium segments and have an amazing positioning in their consumers mind. Although BMW has a better brand equity and product variety today, Mercedes too is trying hard to get back and bring higher sales volume.

2) HUL vs P & G – They are the David and Goliath of the FMCG market. There is hardly any category where HUL or P&G is not present. And each of these categories sees a war currently going on between them. Whatever P&G does, HUL is not far behind and matches it step to step. The mother brand HUL is in fact beginning to dominate the Indian markets.

1) Pepsi vs coke –  The cola wars starts and ends with Pepsi and Coke. The competition in this sector just between 2 players has been so high that no other major brand has been able to enter the market till date. Where pepsi mainly targets youngsters, coke targets values and has a much higher distribution as compared to pepsi. It also has a very high brand equity which pepsi has not been able to match till date. Although Coke is a leader, the fight of these two cola majors has never dimmed and till date they remain the top marketing rivals ever.

Can you think of any other Marketing rivals which are attacking each others throat since ages? Kindly comment on the same.

13) Dell and HP (By Kapil Nagar) – If you look at Dell and HP, then you have to look at the whole Laptop market. Sony Vaio has been coming up strongly and so is Acer. However, Dell remains the leader in the laptop segment.

14) Adidas vs Nike vs Reebok (Siva) – All the three shoe companies target mainly the sports segment. This makes it hard for consumers to decide which brand to go for. Although brand association plays a major part in their purchase, none of the three brands have been able to make a distinguished brand association in India. Reebok however has the upper hand due to its strong distribution in India.

15) Hero Honda vs Others – Well. We can no longer debate on this as HMSI and Honda have separated. What the future brings for them is not known. But HMSI is definitely the market leader right now due to some amazing products in its kitty. However, Yamaha and Bajaj are giving HMSI a run for its money. Nonetheless, if it would still have been Hero Honda, then it would be unbeatable.