Feedback is referred to as a process where a person in an authority position delivers corrective and evaluative information that is often used as a basis for further improvement and development.

When done right, this powerful tool can be a blessing in disguise that has a significant impact on both learnings as well as resulting performances. It helps to reinforce what is considered good practice via modified behavior.

Giving and receiving feedback is an integral part of almost all industries, but how many of these are useful in real-life? Most of them lack the necessary credibility as there is a marked absence of consistency, transparency, and of course, actionable steps after giving the feedback.

It is at such times that feedback models are considered a godsend as it puts its onus on specific behaviors as well as situations and avoids nonspecific statements.

Feedback models are tools that offer specific, concise, and clear feedback so that an organization can make useful changes accordingly. Why are they so much in demand? Well, the answer is straightforward as it helps to know about the specific areas where one needs to improve performances. 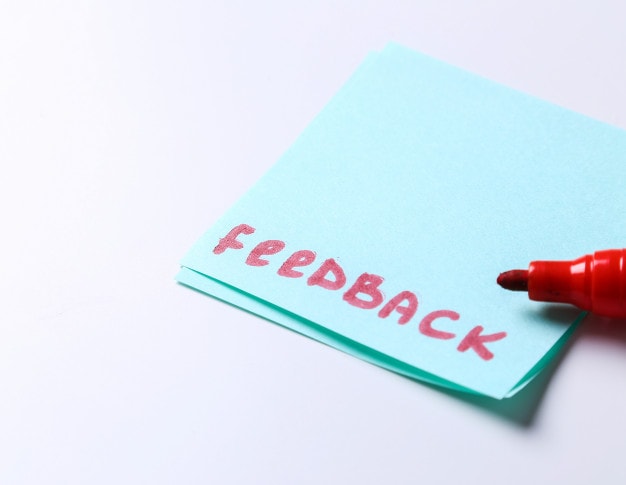 1. The SBI or The Situation – Behaviour – Impact Feedback Tool

One of the most trusted performance feedback models used by numerous industries is The Situation – Behaviour – Impact Feedback Tool. As its name suggests, the tool helps individuals to understand what the effects of their actions are in a precise manner. It is a structured approach that has put its onus on situation, behavior, and impact. This model helps to clarify things and build a better understanding of the feedback recipient.

The letter SBI stands for

S is for Situation

The model puts its onus on describing specific situations. It avoids generalities that are the root cause of all the surrounding confusion

B is for Behaviour

The focus is on the behavior it has observed without guessing the reason or motive behind it. The idea is to stay away from judgments and opinions of any kind.

I is for Impact

It describes the impact of the behavior. The idea is to express and explain in a few words what happened without embellishing the facts.

The SBI model is used to provide both constructive and positive feedback. It is considered incredibly helpful in clarifying a situation, describing particular behavior, and explaining the resulting impact.

The SBI feedback model lets the receiver absorb the facts it has presented so that he can have a better understanding of his actions. It encourages the individual to make changes to improve the behavioral pattern that was the root cause of the problems. 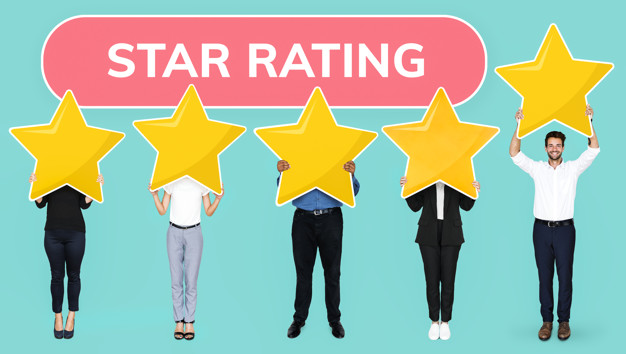 If you are looking for one of the best employee feedback models which can be used in dual situations, for instance, for feedback, and during interviews, then you have to opt for the STAR Feedback Model.

If you want to explain the Star feedback model for giving feedback, then you have to look at all its components. It is a useful tool that helps managers to take a specific situation, use it as an example, and explain it to the employee about his performance.

Explain a specific task or a situation where the employee was involved in detail so that everyone understands the context.

Provide details about how the employee handled the situation and what action was taken by him. It does not matter whether the action was positive or negative; what is essential is to describe how the action was accomplished.

Explain what the result achieved through the action was and why it is considered effective. This will help to understand whether the employee did something right or wrong.

In the case of negative action, it is better to include an alternative action to show what should have been done in the first place to make it effective.

The Star feedback model ensures that the employee is aware of the right or wrong they did and how it impacted the organization.

If you are looking for a feedback model that encourages the recipient of the feedback to become an active participant, then look no further than the Pendleton Feedback Model.

It is one of the most useful tools available that help in knowing and understanding things during the process of feedback rather than waiting for the end to comprehend it in a better way. It highlights and reinforces positive behavior and includes constructive decisions to achieve them.

The purpose of this feedback model is self-reflection during the process. The steps involved in Pendleton Feedback Model includes

Pendleton Feedback Model keeps all things in the open. The employee feels that he is valued as his opinion is heard, and it matters. He is the one who opens the conversation and guides the session.

The feeling that the power is with him helps him to make some hard decisions that ultimately proves useful and beneficial for his growth and development.

It is a unique model that gives the rein of command in the hands of the employee rather than the manager. The structured approach ensures that the individual is a voluntary participant, as well as the leading authority in genuinely discussing his performance.

This is the first stage of the CEDAR feedback model and is about setting up an environment suitable for feedback. Open the conversation and set up the background so that the recipient becomes aware of the importance of the feedback, how it works, and the context in which the feedback is to be provided.

The scene is set, and now is the time to provide direct examples of specific behavior and actions. Encourage the employee to identify examples where things did not go as per the plan

This is the stage where the employee or the feedback recipient finds out the reason why he acted in a specific way and what could have been the reason behind it. Do not let your assumptions influence him.

It is the time to ask him open-ended questions so that he can arrive at the desired conclusion by himself and identify the actual cause of his behavior.

In this stage, let the ideas come from the feedback recipient about the action or steps that should be conducted to avoid specific behavior. He has already identified the root cause, and now is the time to determine the steps that can be taken to ensure the situation does not happen again.

The feedback provider takes a coaching approach and asks the recipient about his thoughts on future actions.

This is the final step of The CEDAR feedback model to check whether the feedback recipient has understood the context of the feedback, and he is clear about the suggested actions. The conversation concludes at this point, and the feedback continues at regular intervals.

In the CEDAR feedback model, the feedback provider takes the help of questioning techniques so that he can help the recipient in considering the circumstances and identifying future actions.

One of the most challenging things is to give feedback to a team member who is not meeting the set expectations. It is a difficult situation as the chances of the recipient not taking the feedback sportingly are very high.

It might also hurt the team relationship and ultimately harm team bonding. This is where The IDEA Feedback Model comes to your rescue. It has several essential components that can assist in providing constructive as well as user feedback. Its components include

This is the first stage of the IDEA Feedback Model, where you identify a specific behavior that needs to be changed.

This is the stage when the recipient of the feedback must realize how his behavior pattern has impacted the outcome of the specific situation. It is time to emphasize how a behavioral change can lead to a positive impact

The last stage of The IDEA Feedback Model is to make sure that the recipient is aware of his future steps and will implement them as soon as possible. Aim for measurable and specific steps if you want him to follow the action plan.

If you are looking for the best feedback model that can tell the recipient what to do differently to boost their performances, then look no further than the DESC feedback model. The various steps involved in this useful model are

This stage involves putting your onus on one specific action that has happened recently. Describe the perceived behavior with the use of “I” rather than “we” or “you.” Do not use aggressive or judgemental language

It is the stage to explain the impact of the action on you, team, business, etc.

Describe what you would like to do differently the next time to avoid such a situation.

The DESC Feedback Model is one of the most potent techniques of behavioral change. It refers to the past only to provide context and is all about focusing on the future.

One of the safest environments to receive useful feedback from managers and peers is that of the 360 Degree Feedback model. It is a simple model where you have to gather feedback anonymously from various people who are in contact with that employee like his peers and managers. They have to fill a survey report about the abilities of that employee.

The employee gets to know about his strengths and weakness and can build a development plan accordingly. The 360 Degree Feedback advantages are

Giving feedback is not as easy as everyone thinks it is. It has to be handled delicately so that you do not hurt the sentiments of your employees. The best option in such circumstances is a feedback model that constructively addresses the problems.

These models are essential as they can help individuals to make improvements in both professional and personal lives and move forward towards further development and growth.