The British luxury car & SUVs marketer and manufacturer Bentley Motors Limited is a subsidiary of Volkswagen AG since 1998.

In the year 1919, it was founded by H. M Bentley which was further acquired by Rolls- Royce limited in 1931 and then again acquired by Vickers Plc in 1980 and Volkswagen group became the owner of the company from 1998.

The company has seen many victories in form of racing triumphs to prove its outstanding performance. These laurels were capped with five outright victories at Le Mans between 1924 – 1930 and a sixth in 2003.

Segmentation, targeting, positioning in the Marketing strategy of Bentley –

The brand has been using a mix of demographic and psychographic segmentation strategies in order to identify the factors which will fuel in passion and will to challenge the status quo of the customers.

As the company deals with the premium segment, therefore it uses selective targeting strategy in order to make its products appealing to the only specific segment of customers.

Proper positioning helps the brand in communicating what the brand stands for in the mind of the consumers. Bentley uses value-based positioning strategies in order to highlight the intangible benefits and sense of pride, satisfaction in owning the brand.

Mission- “To build a good car, a fast car, the best in Class”

Vision- “To the world in diverse and exciting ways”

Competitive advantage of the Marketing strategy of Bentley –

Rich Heritage: The 98 years old has played an instrumental role in keeping itself alive and ruling the premium passenger cars segment through some of its historic models such as sports-racing Bentley 4½ Litre, Bentley R Type Continental, Bentley Arnage; to its current model—including the Continental Flying Spur, Bentley Bentayga Continental GT, and the Mulsanne.

BCG Matrix in the Marketing strategy of Bentley –

The segments in which the Bentley operates are Stars in the BCG matrix.

Distribution strategy in the Marketing strategy of Bentley –

The brand has sales, service and pre-owned outlets in major cities of the world. Also, it is distributing its cars through various networks such as distributors, resellers, and e-commerce sites.   In the year 2016, the brand increased deliveries to customers to 11,023 (10,100 in 2015) vehicles.

Brand equity in the Marketing strategy of Bentley –

The Bentley has been closely associated with the Hollywood film industry and has been part of many movies since its inceptions such as 2012, James Bond movies, Doomsday, Fifth Gear and much more.

Also the brand has been associated with many sports events such as Blancpain GT series Endurance Cup 2016, British GT Championship 2017, The 24 Hours of SPA and others which has helped the brand in increasing its visibility in the market and at the same time out shows its advanced technicalities and outstanding performance beside its magnificent design. 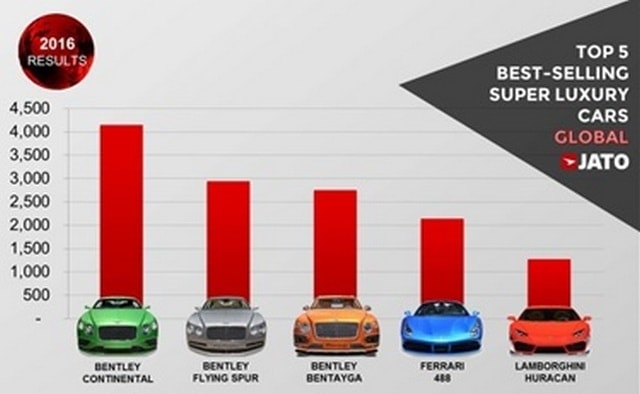 Competitive analysis of the Marketing strategy of Bentley –

The brand competes with companies such as Rolls-Royce, Aston Martin, Mclaren, Bugatti, Lamborghini, Ferrari and many others. 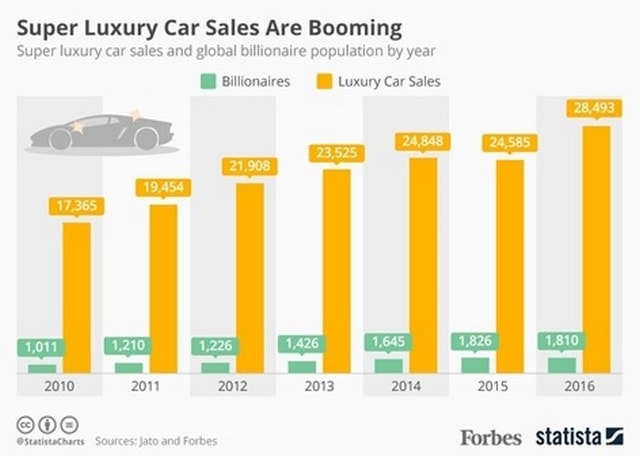 Market analysis of the Marketing strategy of Bentley –

With 16-17% growth rate in the consumption of the Luxuries & premium cars demand, the market will be growing in double digits in the coming years.

Changing lifestyle, rising demand for luxury cars in the Asian markets especially in China, 30-35% growth of the luxury goods market are some of the factors driving the sales of the companies in the industry. However, technical know-how of the suppliers, Breach of patents, rapid change in technology is some of the factors responsible for changing demand dynamics of the companies operating in this segment.

Customer analysis in the Marketing strategy of Bentley –

Customers of Bentley are the billionaires in the age group of 40-60 years. These customers are super rich and have passion & dedication to living a superior and classier life.

In the B2B segment, the Bentley cars are used in the 7 stars hotels or for super-rich customers at the exotic locations.