What is Team Development?

Team development is an approach where training and support are provided to a group of individuals so that they can work as an organized unit to achieve organizational goals. A team needs to share the same attitude and orientation to balance individual and common goal because only then can they work together and achieve team development.

Building and maintaining a team with members of different capabilities is not an easy task. It requires tremendous effort to create a development mindset amongst the individuals so that they can stop thinking of individual needs and replace it with goals and achievements of the team.

The 5 Stages of Team Development

Currently, the five stages of team development are

All the five stages of team development follow one another in order so that individuals can become an effective team that can mitigate weaknesses and enhance strengths. According to Tuckman’s theory, a team cannot develop overnight. It has to undergo all the five stages to achieve team dynamics and accomplish intended results.

What is the forming stage of team development? 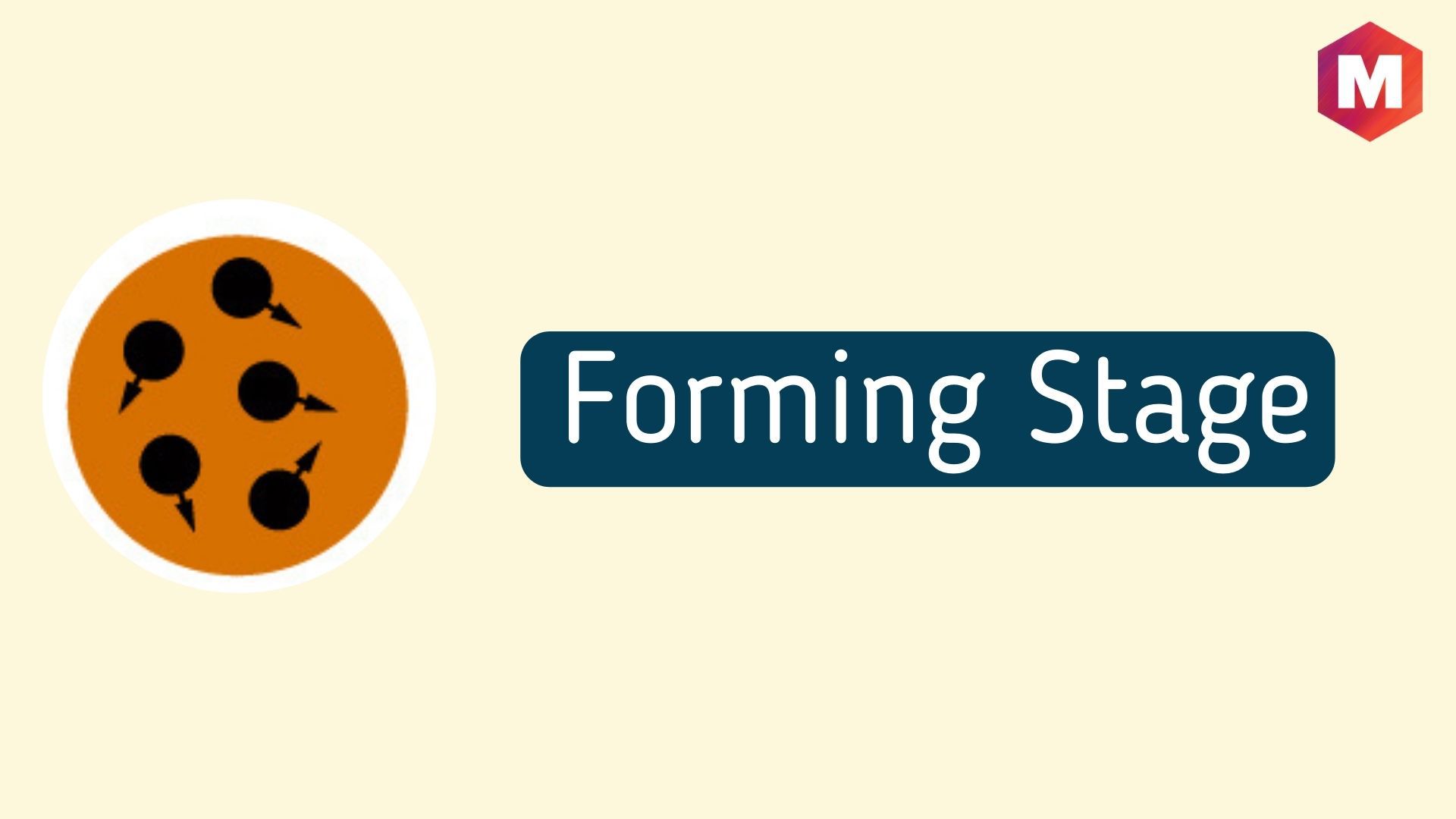 The 1 Forming stage as the name suggests is the first of the five stages of team development. It is considered the introductory or the honeymoon phase as all the individuals have to start making adjustments to become part of the team. The members often undergo various emotions at the beginning like enthusiasm, nervousness, politeness, optimism and apprehensiveness as they are unsure of each other.

The Forming stage of team development is the time when individuals start understanding that they are an integral part of the team and will have to work together with each other. They try to familiarize themselves with basic aspects of their tasks, roles and responsibilities through discussions on topics like the goal of the project, ground rules, designation of authority, interest, background and skills of members, timelines and role of team members. The forming stage of development helps to develop a better understanding and strong relationship with each other.

What is the storming stage of team development? 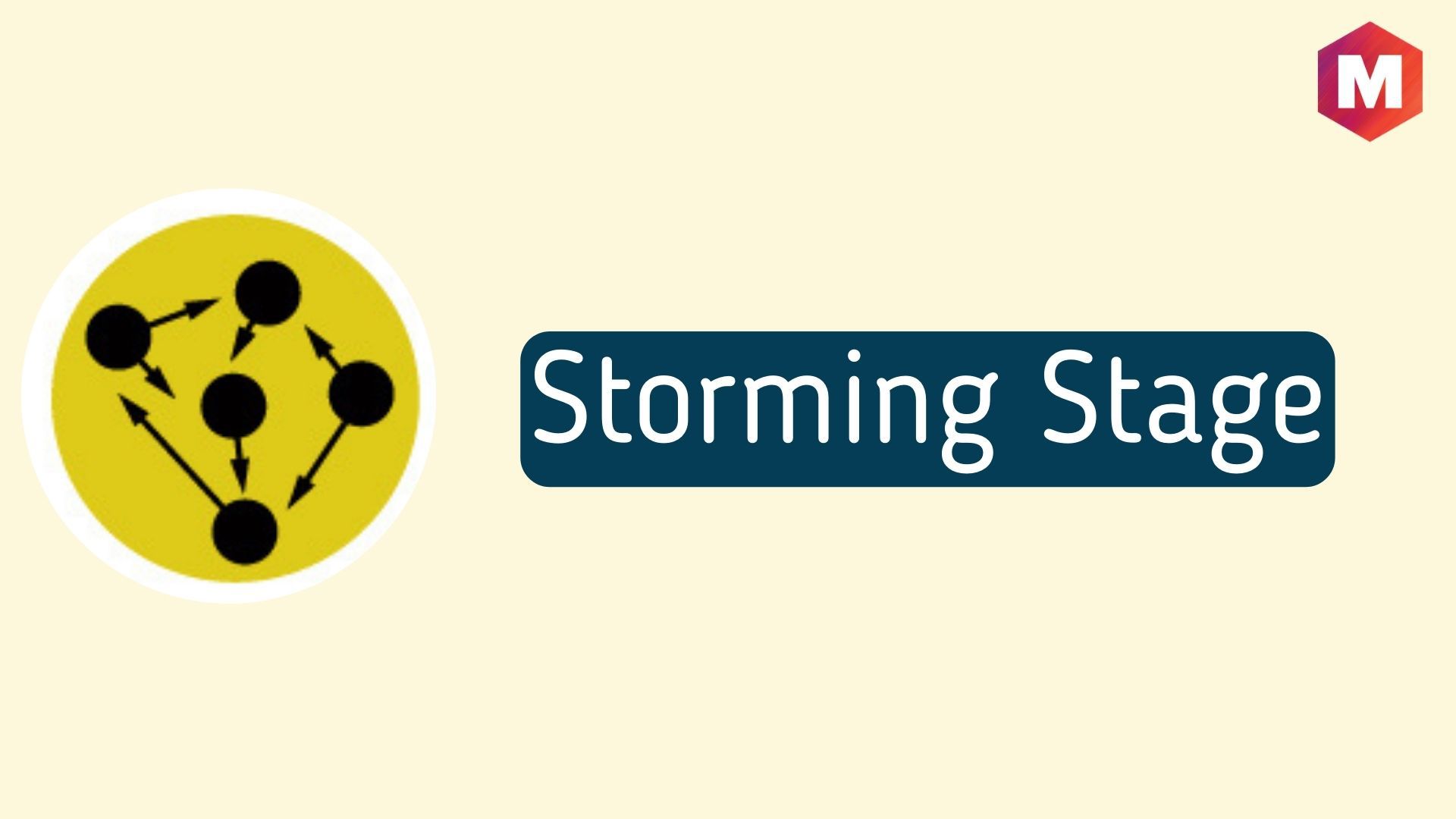 The 2 storming stage as the name suggests is the second of the five stages of team development. It often occurs when the first conflict occurs and signifies that the honeymoon period is over. As team members start working together there will be interpersonal and technical challenges and differences in opinions, working styles and personalities. Sometimes the members become overwhelmed by the tasks, or they are unable to find the work balance and in some cases, the team leaders might be challenged by a member who will think that he can do a better job.

The initial excitement and politeness are often replaced by anxiety, annoyance, frustration and disagreements. People come to realize that reality is very different from the initial glow of working together harmoniously. The storming stage of team development is significant as the leader has to step up and sort out all the issues. He will have to ensure that every member develops better understanding and communication and gives his hundred per cent for the welfare of the team. It is the storming stage of development where the leader makes sure that every person has stopped thinking about individual needs and started thinking of himself as an integral part of the team.

What is the norming stage of team development? 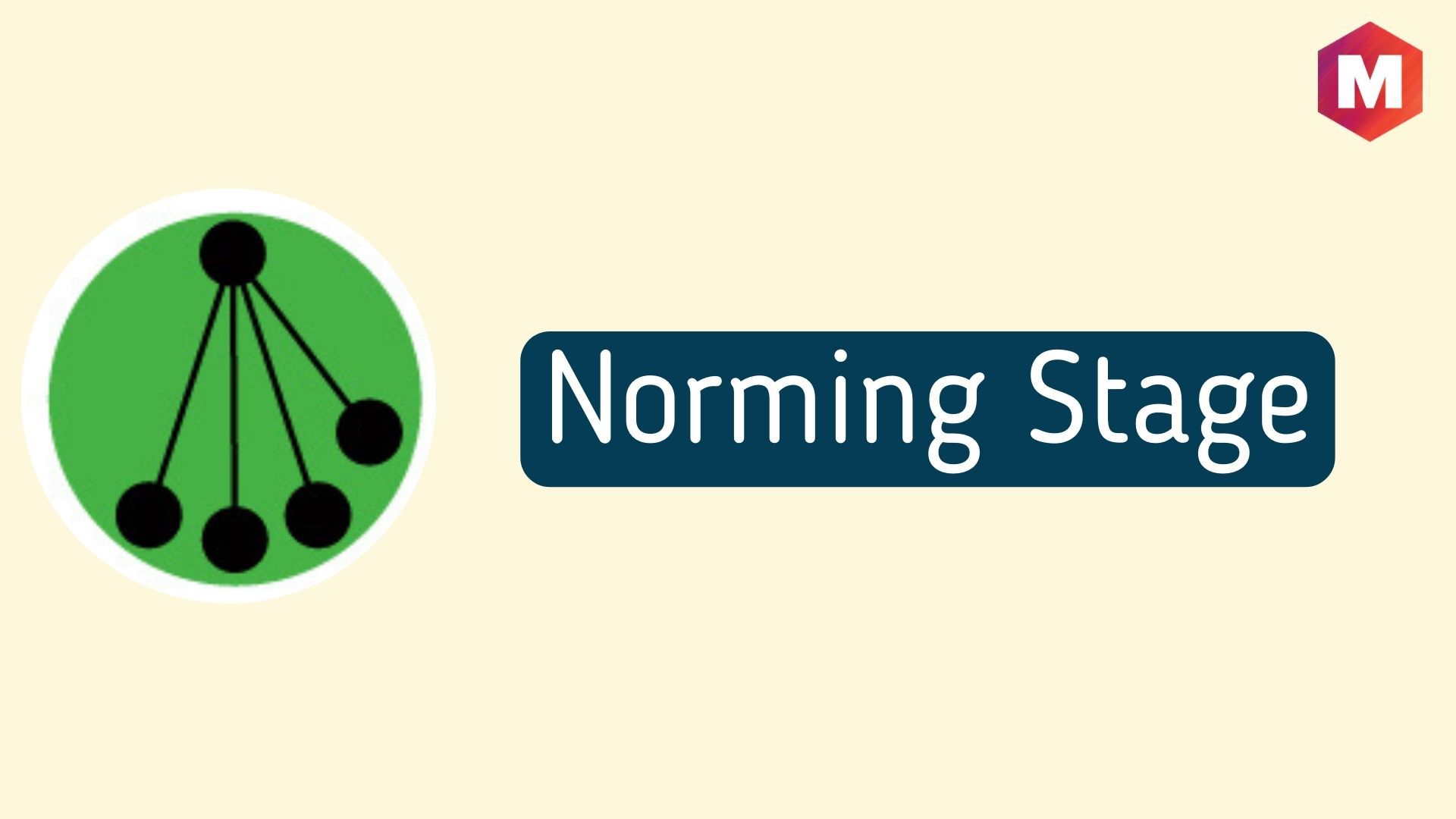 The 3 norming stage as the name suggests is the third of the five stages of team development. It is often referred to as the calm after the storm as the members learn how to handle conflict and proceed amicably. The working atmosphere becomes familiar and normal and people become comfortable in their joint spaces. The skills of the members are validated, they are aware of their role in the team and fall into a rhythm to become a cohesive unit.

The norming stage of team development is the stage where team members learn to ignore petty issues, abide by group norms, appreciate group strength, respect each other and ensure that the group dynamics remain strong. The interaction and communication also become open and this leads to better interactions. During new tasks, few conflicts might arise in the norming stage of team development but it becomes easier to address and sort it out cordially.

What is the performing stage of team development? 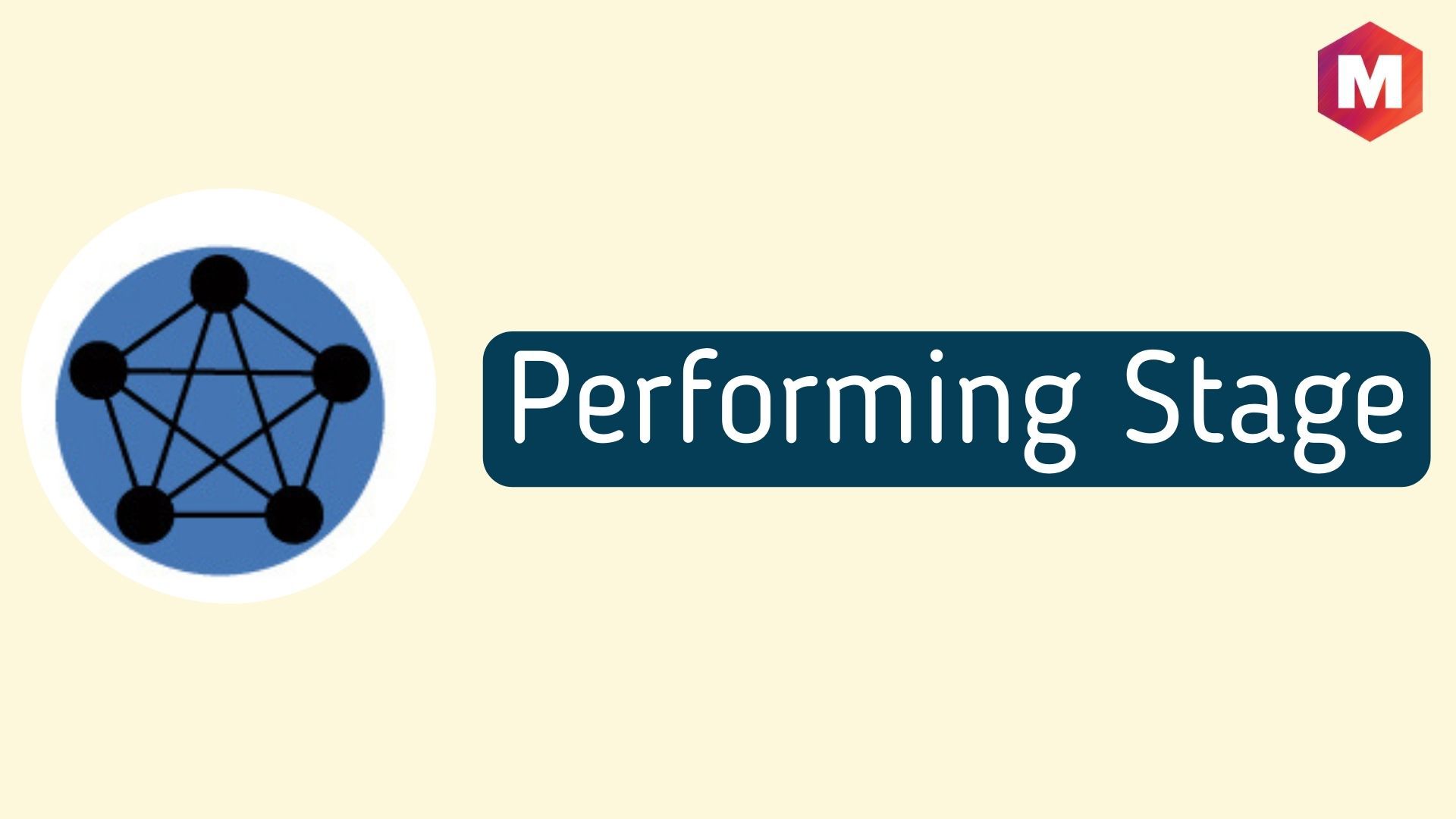 The 4 performing stage as the name suggests is the fourth of the five stages of team development. Here the members are familiar with each other and the group becomes confident and motivated. Everyone is on the same page and starts working for their common goal. Team learning, group initiative, training and innovative leadership often leads to this stage of group development.

The performing stage of team development is the stage when the group is working at its best and has completed most of its allotted work. The members use each other’s strengths to reach peak capacity and enhance the levels of team efficiency and productivity. The group can gain clarity around metrics and vision to achieve desired success.

What is the adjourning stage of team development? 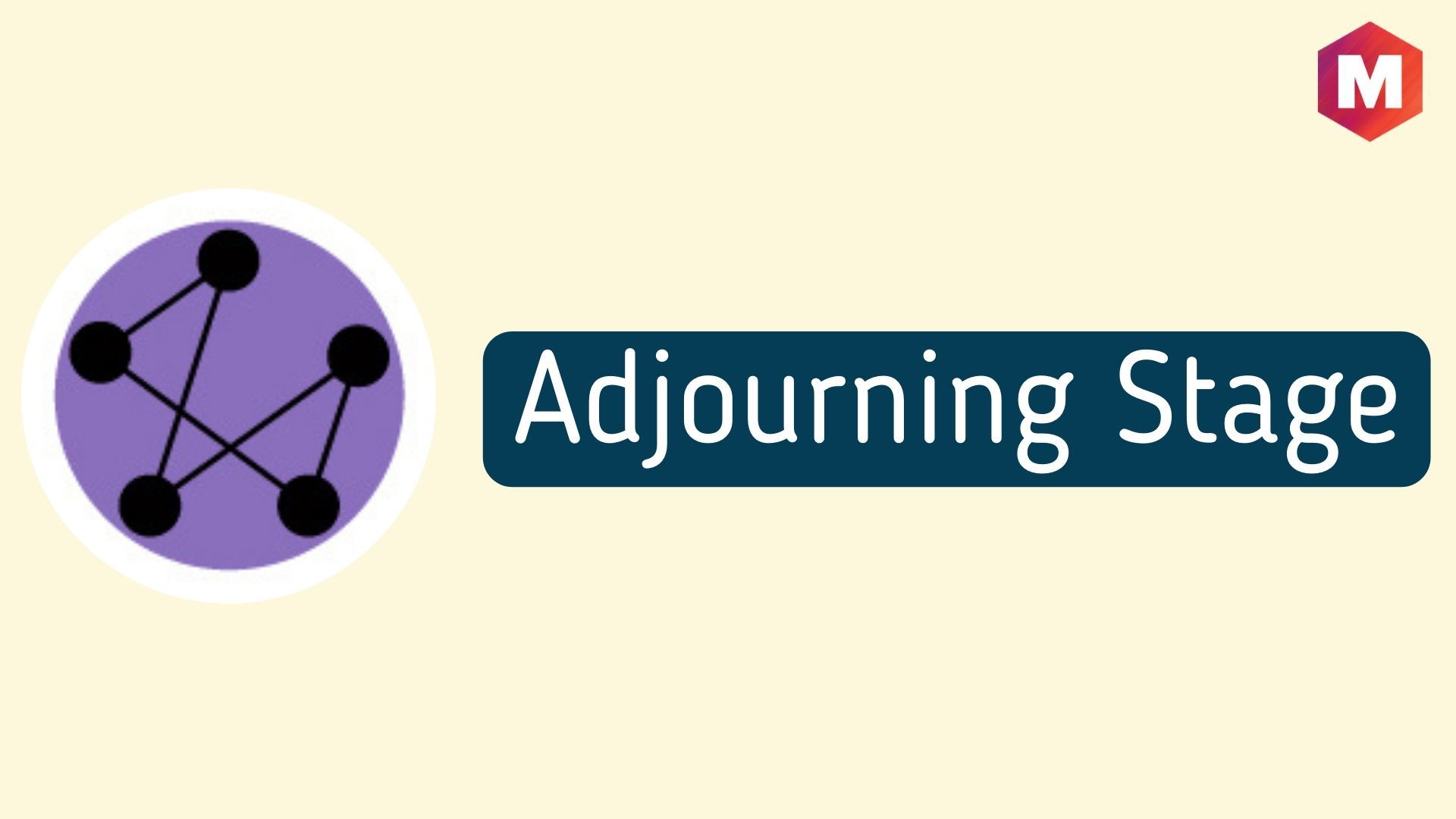 The 5 adjourning stage as the name suggests is the fifth of the five stages of team development. It is the final stage and is sometimes referred to as the mourning stage. Most of the teams that are created reach this stage of endpoint when the project is completed. In some cases, this stage is also achieved during restructuring or relocating of a project. It leads to an uncertain time as members are unsure of their future role or the project they will be working on.

One of the vital stages of team development includes establishing team norms during the various phases it goes through. The norms are standards for attitude, performance and behaviour that act as a guiding force for team members and help the team in fulfilling their roles and responsibilities in the allotted project. These are unwritten rules that take place naturally in the development process. Some leaders write and share them with team members for effective results.

The norms are often considered effective tools in tasks that enhance performance, avoids conflict, and encourages effective teamwork to achieve organizational goals and success.  It is the responsibility of the leader to make sure that team norms for the team members are established at the earliest in the process because these are effective as long as everyone in the team follows them diligently.

Also Read  What is the Importance of Team Building?

Why is team development important?

Team development is very important for an organization as it will make sure that all the people in the team are working to meet the goal of the project. The focus is on a team that will thrive at all costs and achieve success in the long run.

Engaging in the stages of team development is important as everyone in the team can learn about their roles, duties and potential and how it will have an impact on the teamwork. It is also an opportunity to know about the talent of the rest of the members and reflect on team strength and team dynamics.

Even if you have high-performing talented members in a team it will not guarantee a successful project. It is vital to see whether all the members are a perfect fit within the team. The process of team development boosts the chances of reaching project goals effectively.

How can you help your team advance in their development?

The first step in team development is to set a clear purpose at the beginning itself. What is the company mission, what values is it promoting and what is its goal should be clearly defined with help of a mission statement? The framework will prove useful in giving a purpose and direction to all the members throughout the process.

2. Set up ground rules at the onset

Set up the ground rules at the onset to avoid confusion later on. This will help the members to understand what the company feels is acceptable and what it will not tolerate. A leader needs to ensure that these rules are being followed diligently as it will lead to improved teamwork and better performances

Also Read  Working as a Team: 17 Benefits of Teamwork | Marketing91

3. Give other members a chance to act as initiators

Give other members a chance to act as initiators and if possible rotate the position amongst deserving candidates if you think that it will work in favour of the project.

4. Do not run away from conflicts

Conflicts are part of a team and running away from it shows you in a negative light. Make sure that conflicts lead to a healthy discussion as it can work in favour of your team

Promote a culture of active listening so that the environment can be non-judgmental and open. Encourage your team to share ideas and opinions through brainstorming sessions.

Offer constructive feedback to members so that they can rectify their mistakes. Showing them what they did wrong is vital but do not take it in a negative light and break their confidence

7. Encourage participation and contribution by everyone

Encourage participation and contribution by everyone as it will instil responsibility and ownership amongst the members.

The team development model faces lots of common issues in the forming, storming, norming and performing along with the adjourning stages of development. Some important ones are

Also Read  What is the Importance of Team Work?

A team needs to have a strong and good team leader who will play an active role in all the stages of the development process. It is a fact that a team leader can make or break a team and the project he is in charge of.

A team leader should be one who can notice issues at the onset and put a stop to establishing any kind of negative norms. His priority must be troubleshooting development issues. The storming stage of the process is very important and the leader has to be extra vigilant in his efforts. He should keep an open communication, practice active listening, observe team members and understand the problems that might pop-up anytime and anywhere. It is the leader’s responsibility at such times to define the roles and responsibilities of every member and make changes as per the demand of the hour.

It is the leader who will have to create a healthy and positive work environment within his team. He can use tools for instance training, discussions and workshops for the development of the team members.

Team development is a process where the leaders can easily find a balance between their needs and the goals of the project. It is their understanding of their team members that will help them to cross all the stages of development successfully.