Founded in the year 1997 by Reed Hastings and Marc Randolph in Scotts Valley, California, Netflix now has its presence in more than 190 countries with over 83 million subscribers and is thus the world’s leading provider of on-demand video, movie streaming, and TV series.

It is an Over-the-top (OTT) video service provider which has subscription-based streaming service as its primary business offering a pool of films and TV programs majority of which are in-house produced.

Segmentation, targeting, positioning in the Marketing strategy of Netflix

Since 2016 Netflix has stopped segmenting its members by geography and has started treating its 93 million global members as a single, cohesive audience or a community of members with similar movie and TV show preferences. Brand refers to these groups as “taste communities” and there are roughly 1,300 of them. Netflix has always used such clusters which the brand in its own jargon refers to as “Taste Doppelgangers” around the world which means people across boundaries having a similar taste for TV show genres.

Netflix uses differentiating targeting strategy in order to increase its loyal/repeat customers through its subscription-based model.

Positioned as a subscription-based video on demand platform which is easily accessible from anywhere anytime on the go on mobile/Tablets or on TV, it has rich in experience and broadcast quality video ultimately meant to fulfill the digital consumption desire of the audiences.

Mission -“ We promise our customers stellar service, our suppliers a valuable partner, our investors the prospects of sustained profitable growth, and our employees the allure of huge impact.”

Competitive advantage in the Marketing strategy of Netflix

1) The simplicity of User Interface

Both the cash and content positioning would be hard of any use if nobody wants to use the Netflix platform. Perfecting the user experience has been the priority for Netflix over the years. The simplest interface available on all the platforms such as the smartphone, tablet, laptop or TV is one of the major distinguishing factors for the brand.

Netflix isn’t throwing together some cut-rate videos and hoping for the best. Billions of dollars are being spent on content production, bringing top-shelf writers, directors, and actors to provide with their best of work.

Netflix now is perceived as high-quality entertainment platform similar to what HBO used to be a few years back in the golden age of premium cable networks.

Netflix wants its original shows through its big production budgets to return it big dividends over time.

BCG Matrix in the Marketing strategy of Netflix

Contents that have boosted the subscribers of Netflix are, Stranger things, House of cards, The Crown, Orange is the new black and 13 reasons why Glow and last but not the least Sacred Games which was recently launched in India under co-production with Phantom Movies comes under the star segment for the brand.

Thus, International streaming seems to be the Star for Netflix.

Streaming (U.S.) has been a Cash Cow for the brand while DVD business for the brand seems to have appeared in the question mark segment as its share has reduced after online subscription model came into the picture.

Distribution strategy in the Marketing strategy of Netflix

While internet seems to be the main source for the brand to reach the customers going ahead thus optimization across various mediums, Continuous & seamless video streaming, facility of downloading available on Wi-Fi or mobile network are some of the important features for higher acceptability of the platform in the market.

Netflix works on providing the highest possible video quality on certain Bandwidth and superior audiovisuals even in the patchy network. The site is available on the website and mobile app.

Brand equity in the Marketing strategy of Netflix

Over the years Netflix has projected itself as an innovator in the entertainment Industry. Having a phenomenal brand value of $5.6 billion, the subscribers of the brand world over seems to be growing exponentially. As a part of the brand extension, Netflix has created an application named Flixchat which will advertise essential message, logo, name, and packaging. 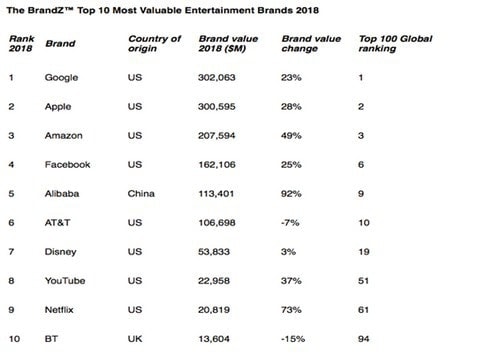 Competitive analysis in the Marketing strategy of Netflix

Being a market initiator Netflix in its initial years hardly faced any rivalry. Times have now changed with the internet now readily available in the third world countries competition have increased drastically for the brand over the years with local and regional players targeting with their original contents.

Major competitors for the brand include:

Most of the above-mentioned rivals play on the niche segments by broadcasting the original content through their platforms, co-producing with big production houses, aggressively acquiring films rights etc.

Market analysis in the Marketing strategy of Netflix – 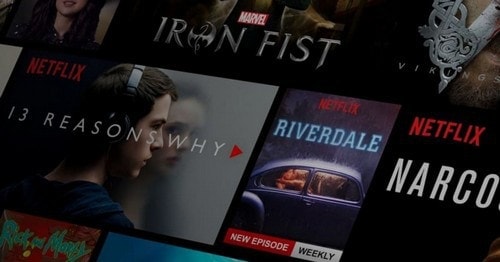 With the internet penetration and smartphone market growing exponentially the market seems to be in a healthy state and holds promising future as there pool of untapped market in the underdeveloped and developing countries.

Talking about India with the government emphasizing on Digital India and rural penetration of Internet and data revolution by Jio has resulted in a drastic increase in the watch time per month by the customers in our country.

In order to remain competitive in an Indian market, Netflix has already co-produced a TV Series named Sacred Games in partnership with a well-known brand like Phantom Films.

To further penetrate the Indian Market Netflix has planned to expand its portfolio by including contents in the regional language like Marathi, Punjabi, Tamil, Bengali, and Gujarati.

Customer analysis in the Marketing strategy of Netflix

With the Online video platform becoming a trend among the youngsters especially college going students and the early jobbers as it is easily available on the go and can be streamed on mobiles and tablets anywhere anytime.

Customers of the company mainly include the ones who are tech-savvy consumers and are in the age group of 15-40 years and those who prefer watching movies and TV shows on the internet rather than on TV which has a lot of unwanted advertisements between the broadcast.

Promotion Mix in the Marketing strategy of Netflix

The major source of promotion for the brand includes social media websites including YouTube. Being a globally well-known brand gives them the edge of not going to intense advertising hence the brand prefers pop-up ads, banners, hoardings and other static ads on websites.

In the past, Netflix has turned into high ranked celebrities as well in their marketing videos to boost sales and profits.

Free trial for a month has been one of their promotional strategy to lure or rather acquaint customers by making them try the service on a trial basis.

The brand also promotes its original TV series through teasers and trailers on YouTube and by strategically placing Hoardings on Public places to make people aware about their upcoming productions.