Founded in the year 2003, Tesla is an American multinational company headquartered in California, United States. It is specialized in electric vehicles, storage products, and scalable clean energy generation. Tesla has produced the world’s first sedan with all electric technology called Model S that is considered as the best car in the electric vehicle category.

The vehicles of Tesla are produced in their factory in California. It also manufactures the components of vehicles. Tesla also manufactures an exclusive set of energy solutions like Powerwall, Solar Roof, and Powerpack to provide a supportable energy ecosystem. This will enable business and residence to manage renewable energy generation, consumption, and storage.

The following is a list of top Tesla competitors. 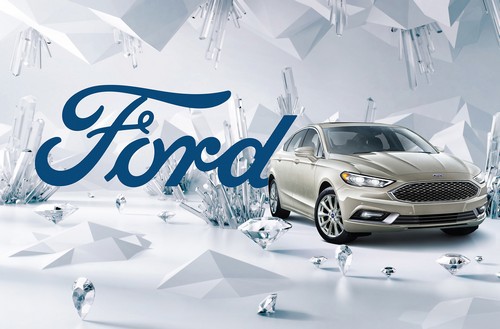 An American based company, Ford is a multinational automobile manufacturing company that is headquartered in Michigan, United States. The company manufactures and sells automobiles and commercial vehicles with the brand name of Ford. It has integrated manufacturing facilities that are based out in Tamil Nadu and Gujarat.

Ford provides quality services in terms of design, manufacture, sales, and services. Its main focus is to improve customer satisfaction. It uses the innovative technologies to develop vehicles that are safe to use. Ford also focuses on sustainability strategy that goes beyond reducing CO2 emissions. As they focus on manufacturing products of a unique model, it is considered as one of the top Tesla competitors.

Also regarded as a top competitor for Tesla, Honda motor company is headquartered in Japan. Honda motor company is well-known for manufacturing of automobiles, motorcycles, aircraft and power equipment. Honda is the world’s largest manufacturer in the motorcycle. Over the years, Honda has been conducting their research on robots in order to understand the usage of vehicles to people and to develop the society. The technologies that are used across are being applied to their automobile products that lead the company to many kinds of an initiative to create a new value.

Honda motor company provides services which are proactive, professional and proficient to their customers. It is estimated that the company produces about 14 million internal combustion engines per year. As Honda makes use of the latest technology for their production and their growth has been enormous, it is indeed considered as one of the top Tesla competitors. 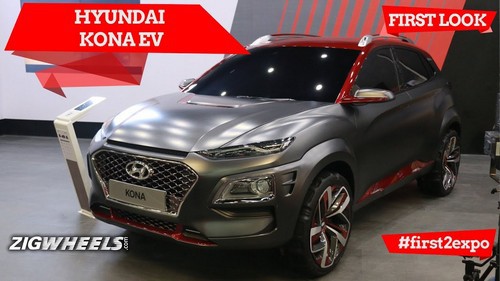 Hyundai motor company that is headquartered in South Korea is an automotive manufacturing company. It is aimed at producing high-quality automotive products and services for their millions of customers across the world. Hyundai motor company knows the importance of automobile on society and thrive to play a role of being an automobile manufacturer and also being the lifetime companion of the customer.

Hyundai vehicles are sold in almost 193 countries globally through their 5,000 showrooms and dealers. Due to their wide automobile experience and their reachability world-wide, Hyundai motor company is regarded as one of the top Tesla competitors. 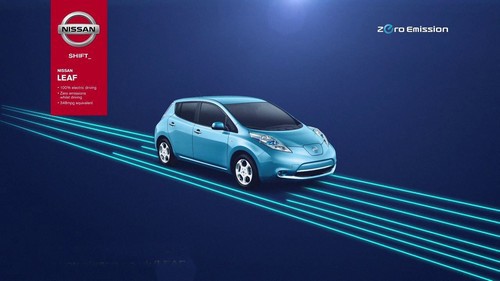 Also regarded as a top Tesla competitor, Nissan motor company is a multinational automobile company that is headquartered in Yokohama, Japan. The brands that are sold by Nissan motor company are Nissan, Datsun, and Infiniti. Nissan is also known as largest manufacturer in an electric vehicle across the globe and is estimated that on an average it sells about 275,000 electric vehicles per year.

Audi e-Tron is manufactured by Audi is a series of electric and hybrid concept cars. Audi e-Tron cars are charged with electrifying designs, breath-taking driving an innovative technology that enables the users to drive with ease. The Audi e-Tron cars have four electric motors at each wheel. Altogether, these motors produce about 3,320 pound-feet of torque. The best speed of Audi e-Tron is limited to about 222 kilometers per hour.

With this, the user will able to travel at about 150 miles when the vehicle is fully charged. The cars are also fitted out with the latest technologies in order to sync up with other cars and road signs. As Audi e-Tron has come up with many models and it is quite popular, it is regarded as one of the top Tesla competitors. 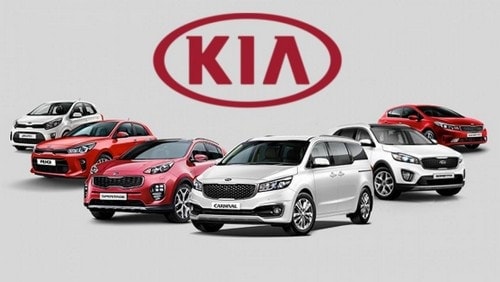 Also regarded as a top Tesla competitor, Kia Motors is headquartered in Seoul, South Korea. It is considered as the second largest manufacturer in the automobile. It is currently a subsidiary of Hyundai-Kia Automotive group. Spread across its manufacturing division in about eight countries, Kia Motors has about 13 manufacturing units and produces more than 1.5 million vehicles every year.

The cars manufactured by Kia Motors are sold and serviced across their network of distributors and dealers in about 172 countries. Few of their models are All-New Picanto, All-New Rio Sedan, cee’d, Optima Hybrid, Stinger, Stones and many more. As they are popular across the world, Kia Motors is indeed a top Tesla competitor. 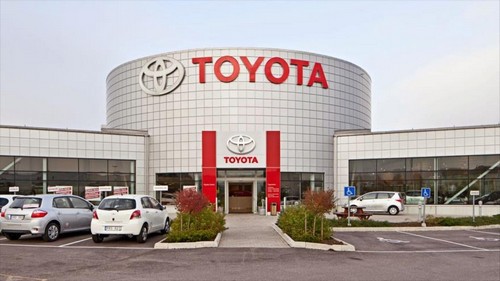 A Japanese multinational automotive manufacturing company, Toyota is headquartered in Japan. Toyota company develop vehicles in innovate way to meet the necessities of the market. Toyota’s research on vehicles gives more thought on vehicles that can be motorized by a range of other fuels and vehicles for automated driving. Various products of Toyota are cars, hybrids, SUVs & 4WDs and Utes & Vans. 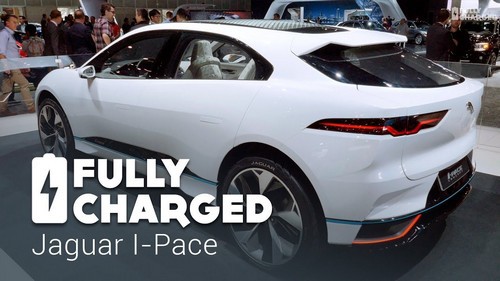 A battery electric SUV car model, Jaguar I-Pace is manufactured by a British automotive company. The concept of Jaguar I-Pace provides a thrilling performance to the world of electric vehicles. It delivers zero vehicle emissions driving experience. Jaguar I-Pace concept has been designed and manufactured to provide a new turn to the electric cars.

It is a five-seater sports car and it covers about 0 to 97 kilometers per hour. The car has all-wheel drive through two motors that are powered by a 90 KWh. The battery used is lithium-ion that consists of 40% of the car’s cost. The battery is capable of charging at about 100 KW. As they leading in car manufacturing, Jaguar I-Pace is considered as one of the top Tesla competitors. 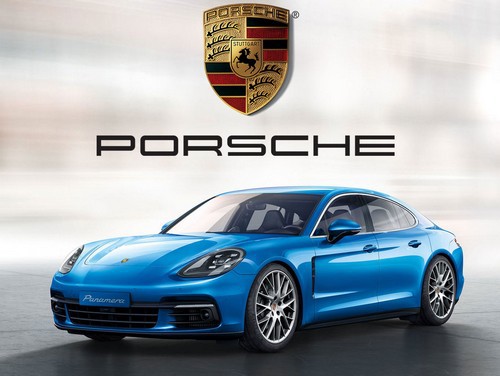 Porsche is a German company manufacturing automobiles. It is expert in high-performance sports car, SUVs and sedans. It is headquartered in Germany. The models of Porsche include sports car and Boxster roadster. It also has manufactured high-performance luxury Sedan with the name Porsche Panamera. Few of their famous consumer models are Porsche Cayman, Porsche Boxster, Porsche Cayenne, Porsche Macan and many more. 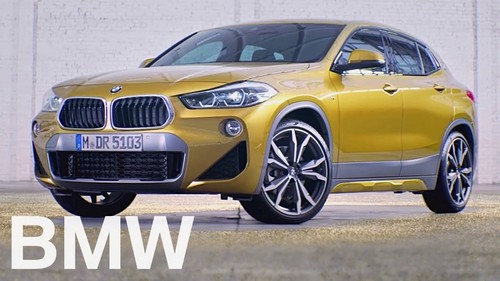 Bayerische Motoren Werke (BMW) is a multinational company headquartered in Munich, Germany. It produces motorcycles and automobiles. It has its production across the globe in countries like Germany, China, Brazil, United Kingdom, South Africa and the United States. It is considered as twelfth in the world for motor vehicle production. Automobiles manufactured by BMW are known by the brand BMW for their performance models and BMW I for their electric cars.

Motorcycles are known by the brand BMW Motorrad. It has around 129,932 employees working for them across the production for automotive segment, motorcycles segment, and financial services segment. It has delivered about 103,080 electric vehicles and about 2,463, 526 automobiles like BMW, Mini and Rolls-Royce motor cars during the year 2017. As BMW is a leading producer of automobiles worldwide, it is regarded as one of the top Tesla competitors. 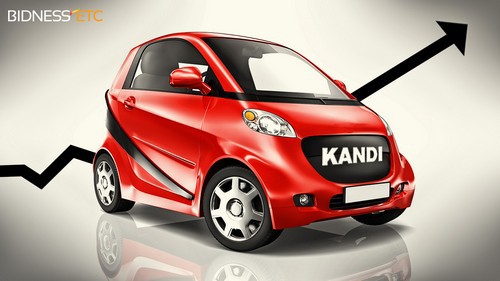 Their main products are the electric car, tendency, and tricycle and farmer car. Kandi Technologies has been considered as top 500 mechanical companies in Chin and a high-tech enterprise. It is also a member of China Renewable Energy Auto Association. Due to their various features and products, Kandi Technologies is considered as one of the top Tesla competitors. 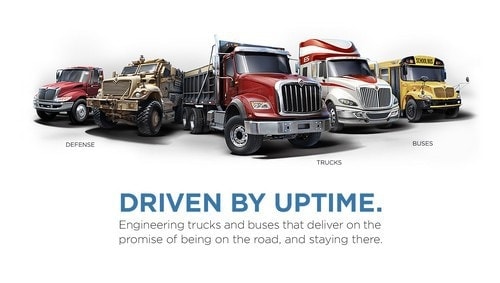 A well-known American company, Navistar International owns the manufacturing of trucks, buses, school buses, diesel engines and chassis. The company is headquartered in Illinois, United States and has about 16,500 employees working for them. The products, parts, and services of the company are sold through dealers across the countries like Canada, Brazil, Mexico, United States and many more.

Navistar has about 70 dealers working for them in about 90 countries. It also provides finance for their customers and distributors through their Navistar financial corporation. As Navistar is a leading producer of automobiles, it is considered as one of the top Tesla competitors.

Oshkosh Corporation is an American industrial company that is headquartered in Wisconsin, United States. It was formerly known with the name Oshkosh truck. Its business operations are designing and building the world’s toughest trucks, truck bodies and vehicles for the military. Oshkosh commits in providing the highest quality product to the customers. The major brands of Oshkosh are Oshkosh, Pierce, JLG, IMT, McNeilus, Frontline, CON-E-CO and Jerry-Dan.

These major brands are considered as top in the automobile industries. It is also leading in the manufacture of defense vehicles. Oshkosh Corporation has their operations in countries like United States, Canada, Australia, China, Mexico, France, United Kingdom and Mexico. The company has about 13, 800 employees working for them. Due to their huge products and services, Oshkosh Corporation is considered as one of the top Tesla competitors. 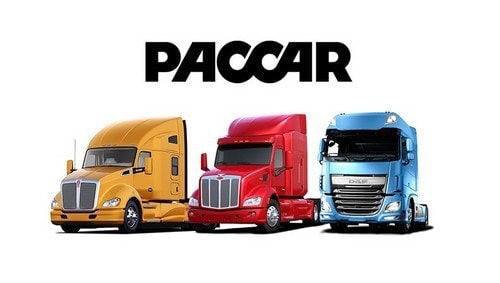 A Fortune 500 company and headquartered in Washington, United States, Paccar is the largest manufacturer of medium and heavy-duty commercial vehicles. It is one of the global technology leaders in their design and manufacture. Its well-known brands are Kenworth, DAF, and Peterbilt. Apart from commercial vehicles it also designs and manufactures advanced diesel engines. Paccar offers their products to customers across the globe with financial services.

It has a dealer network in about 2,100 locations and their products are sold in about 100 countries. Due to their huge network and services, Paccar is also considered as one of the top Tesla competitors. 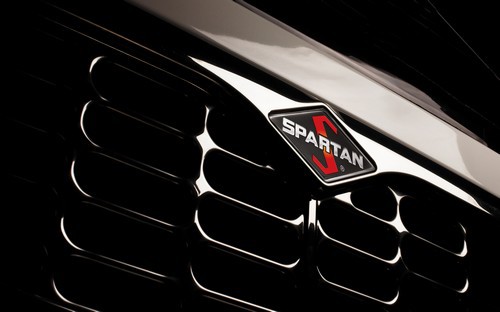 Yet another American design company in the automobile, Spartan Motors believes their business is on roads. The company is based out in Michigan, United States and it has about 2,300 employees working for them. The company has their operations in Michigan, Nebraska, Pennsylvania, Indiana, Florida and South Dakota. It designs and manufactures specialty chassis and trucks, truck bodies.

Their products are classified into the category of emergency response, RV chassis, fleet vehicles and services and specialty chassis. It also manufactures parts and accessories for their vehicles. Due to their huge network and services, Spartan Motors is also considered as one of the top Tesla competitors. 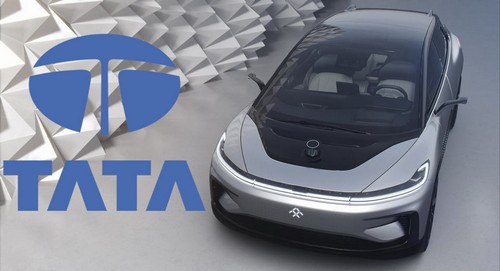 It has about 40,000 employees working for them. Tata believes in six mobility drives to enhance their quality. They are modular architecture, clean drivelines, and complexity reduction in manufacturing, connected & autonomous vehicles, shared mobility and low total cost of ownership. Due to their popularity in brand and the service, Tata Motors is considered as one of the top Tesla competitors.

Also regarded as a top competitor for Tesla, Wabco is the leading supplier of commercial vehicle technologies in the world. The company is headquartered in Brussels, Belgium and has about 15,000 employees working for them. Wabco has their operations in about 40 countries. It has about 28 manufacturing locations on four continents. It has produced about $3.3 billion sales during the year 2017.

The main products are truck, trailer, bus, car, and off-highway. Its diverse portfolio of products serves all the categories of commercial vehicles with advanced technology and good designs. Due to their worldwide presence in the automobile industry, Wabco is considered as one of the top Tesla competitors.

The automobile industries are moving at a very fast pace to achieve their business goals and objectives. Tesla is making use of the latest technology for providing various vehicles that will make the drivers at ease while driving.